Written by Nicolas Messner on 13. May 2021
Share
Despite all the difficulties and challenges, judo continues to develop in Southern Africa. The Judo Association of Zimbabwe (JAZ) just received a large delivery of tatami from the International Judo Federation, tatami that will allow them to envision a smiling future for all judoka in the region. 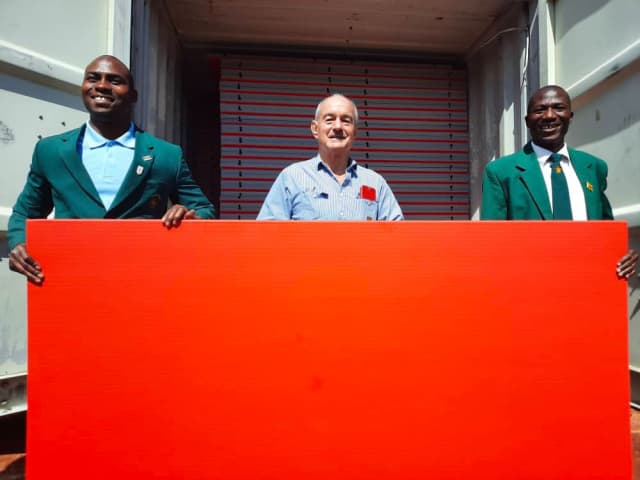 Judo Federation president Smart Deke said, "We are working to resume our decentralisation programme, to ensure that we have centres in different provinces of the country."

JAZ's efforts to spread the sport and its values to all provinces were boosted by the International Judo Federation via a donation of tatami and 500 judo suits in 2019 but due to the global crisis the tatami took longer to be delivered. They have now arrived and it will change the lives of hundred of young people and their coaches.

“We will set up provincial centres. Judo was recorded as a minority sport but now that we have the equipment, we will be able to transform judo from being a minority sport to a popular sport in Zimbabwe. Thus, we expect to have about 20 new centres all over the territory,” said Deke.

Alfred Foloko, President of the Zambian Judo Associaton and also President of the Regional Judo organisation, said, "I want to pass our heart-felt gratitude and appreciation to President Vizer for his continued support of judo in Southern Africa. So far we have received help in Eswatini and Zimbabwe. The items were sent during the pandemic, with all the difficult circumstances we now accept, but the IJF President was still able to deliver his promise to the two countries. We are looking forward to receiving equipment in the Kingdom of Lesotho soon, which we believe is on its way. As the Southern Africa region, we remain committed to the good relationship that has existed between us and the IJF since President Vizer took leadership of the organisation."

Among the major competitions on the calendar in 2020 is the African Union Sports Council Region Five Games, to be hosted by Lesotho at the end of the year. The Games were moved from last year, due to the Covid-19 pandemic and the Judo Association of Zimbabwe are hoping they can use the event as their launch pad for an athlete development plan towards the African Games in 2023. 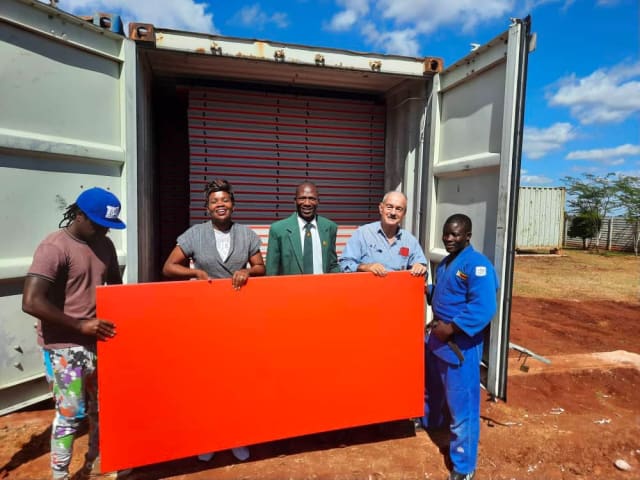 “We are targeting training programmes mainly at the under 20 group, for our long-term development plan. We are looking at long-term athlete development, for podium performance. The roadmap is starting this year with the Region Five Games in Lesotho. We are also targeting the All-Africa Games in Ghana, that will be an Olympic qualifier for 2024, so we need to start early because our qualifiers are starting in 2022,” explained President Deke.

ZAJ is low looking forward to organising the Japanese Ambassador Cup and a national event to prepare the athletes for the Region Five Games, while they are urging their members to be vaccinated so that they can return fully to competition.

There are still challenges to face and the President is aware of the situation, "After a long break from sport, efforts will be made towards rebuilding and bringing back coaches and athletes to the sport and this will take some time." What is sure is that with the support of the International Judo Federation, things will go smoothly and soon judo will be in full swing in Zimbabwe and in the whole region.