Judo Opens up Minds at the Everest

Written by Nicolas Messner on 07. Jun 2017
Share
The Everest Judo Club is now officially open. A few days ago an important ceremony took place in Nepal. Sabrina Filzmoser (AUT), who has been involved in the region for several years, explained how important that is. 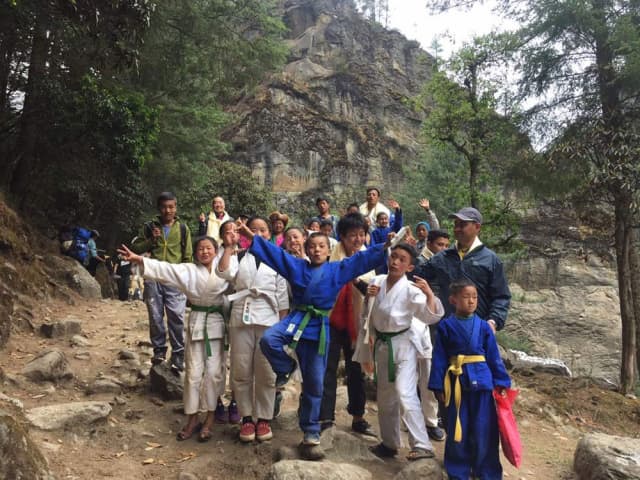 At the end of 2016, the IJF went to Nepal to film one of its Judo for the world episodes. On that special occasion our media team met Sabrina Filzmoser (AUT), European Champion and world bronze medalist, who has been supporting the development of judo for many years in the region. She was just coming back after she had successfully climbed the Manaslau mountain, one of the heigh-thousanders of the Himalayans (JFTW Nepal: https://youtu.be/JlLnxCHO5XY).

Sabrina is currently in the USA to pass her professional pilot license, but she is still following the development of judo in Nepal and neighboring Bhutan. 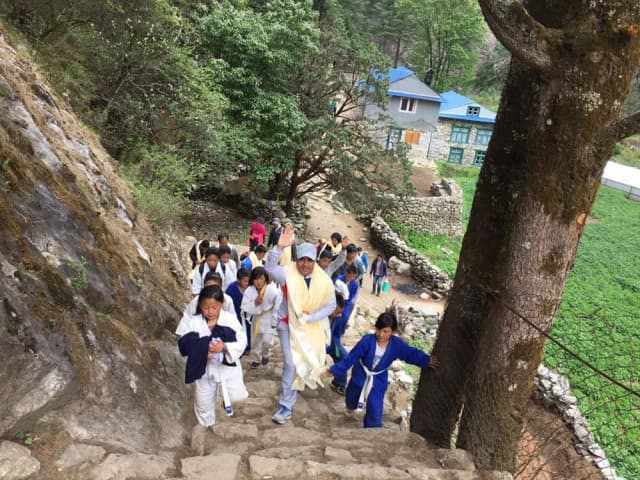 Then the Austrian champions explained: “It’s a real adventure to bring judo on top of the world. Last year, Kazi Sherpa got support and received second hand tatamis, delivered from Japan. The equipments arrived from Katmandu and landed safely in Lukla airport, 2640m above sea level. Then the porters had to carry them a whole day up to Monjo school!“ 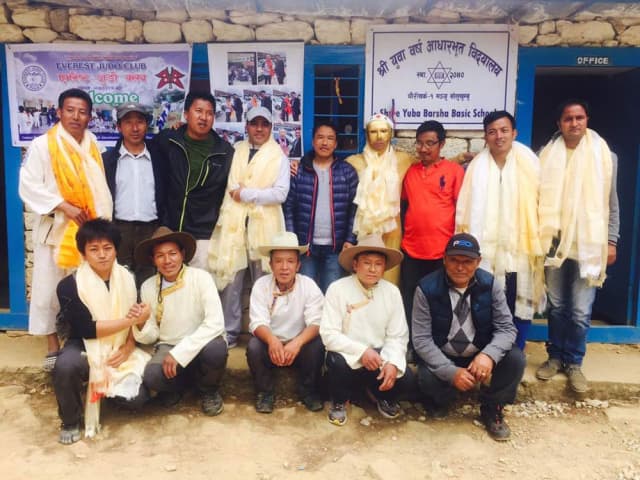 In Lukla, a small room in a school has been dedicated to judo and transformed into a dojo. With the support of Sabrina, training gear and judogi were delivered to the the first 16 children who stared the activity, but as the interest for judo has been constantly growing and as the school accommodates 70 to 80 pupils, there are more children involved now.

Located in the heart of the Himalayans, most of the children love to play outside and climbing is obviously one of the main activities.

“It's the perfect place, on the way up to Everest base camp just before Namche Bazaar. Where all the Everest-tourists go“, explained Sabrina Filzmoser, before adding: “The sorry thing for them is that most of the tourists just go through there village and all people who live there don't get much of it. Nevertheless I could realize they are very motivated, not only to become porters, guides, sherpas.“

“
Judo really opens up their mind and possibilities! This is absolutely amazing!
Sabrina Filzmoser

Being currently busy with her today’s dream of becoming a professional pilot, Sabrina sent two of her best friends from Austria as judo coach in Lukla to help as volunteers!“

During the official opening of the club, which has already been active for several months, Bakuntha Manandhar, the most famous olympic Nepal marathon runner, was invited, which meant a lot for all the inhabitants.

Thanks to the amazing willingness of local passionates, judo is getting closer and closer to the top of the world.