Judo, the pride of a nation

Written by Nicolas Messner, Pedro Lasuen on 27. Feb 2020
Share
It was an evening to celebrate sport. It was an evening of awards. It was the 4th annual Laureatët Gala and judo had to dress up because it was under the spotlight. 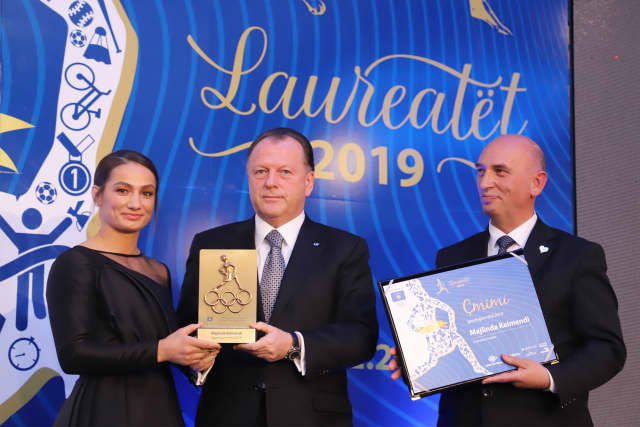 Pristina, the capital of the Republic of Kosovo, got ready on Thursday to welcome this gentle party, this special moment where the world of sport was gathered together, as more than three hundred people lead by the Minister of Sport, Vlor Dumoshi, and the National Olympic Committee President, Besim Hasani, joined the celebration.

Judo was shining all night long and from the very beginning. The President of the International Judo Federation, Marius Vizer, was invited to receive the Order of Merit of the National Olympic Committee of Kosovo, which is the highest award of the organisation. 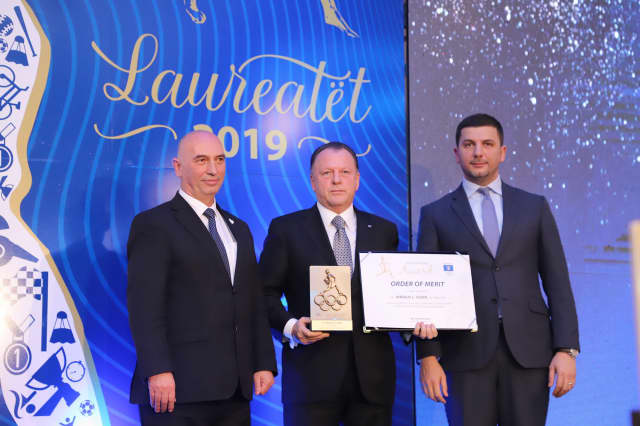 Marius Vizer paid tribute to the country: “In its first participation in the Olympic Games as a country, Kosovo reached the gold medal with Majlinda Kelmendi. This amazing moment showed the spirit of the nation”.

Kelmendi is much more than a judoka, she is a superstar in her country but also one of the faces of judo worldwide. But it was written that the gala had to be the one of judo. Laura Fazliu was then called on stage to collect the athlete for the future award after her bronze medal in the Junior World Championships, last year in Marrakech. 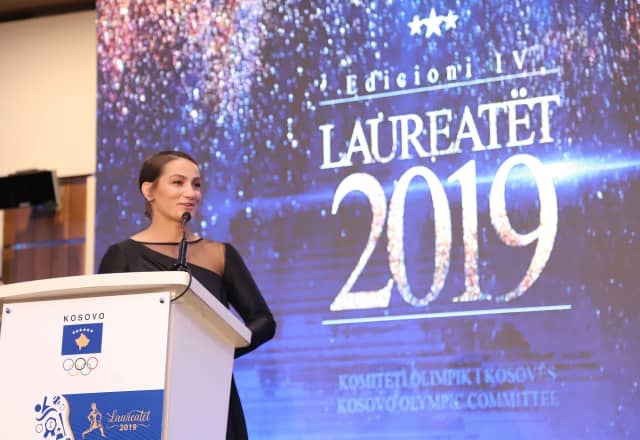 At this point we must remind that it was the sport annual gala, not only judo. Nevertheless, the man of the year was coming from…judo as well, Akil Gjakova. He declared that in Kosovo people dont forget things: “I want to thank Marius Vizer. He did a lot for Judo and Kosovo and we will always be grateful for that.” This was his second time as man of the year. 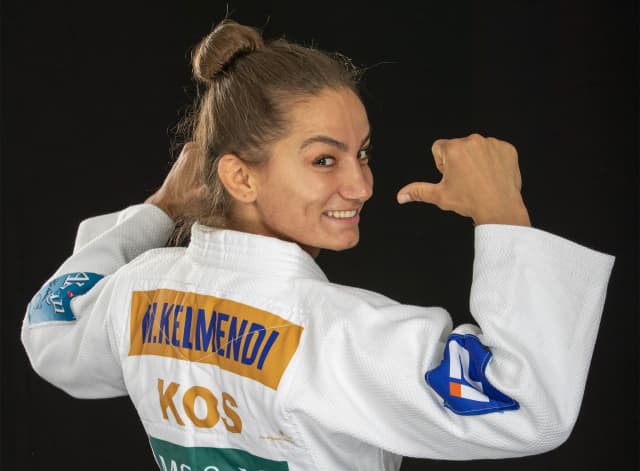 For the final bouquet, who else than the queen herself, the face of Kosovo. It is Marius Vizer himself, who announced the woman of the year award, for the third time reserved to the one and only, Majlinda Kelmendi. She is a superstar but she is also a woman with an elephant memory: “People in Kosovo see me as a hero, but to be honest no one so far thought to make a statue. Thanks to Mr. Vizer I will have a statue in my country, in Pristina, the city where I started this wonderful journey. Thank you for always respecting me, supporting us as a federation and as member of the Judo family. Thanks to you, Kosovo has now everything in sport.” 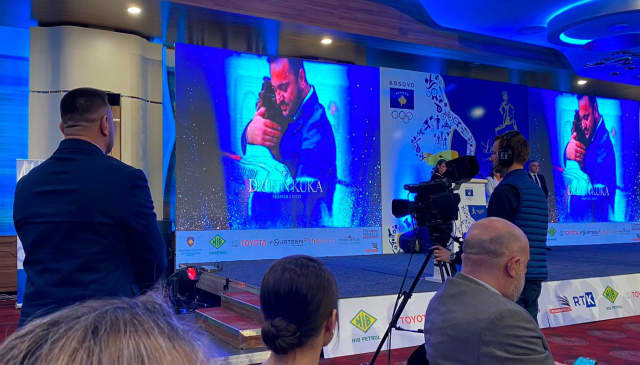 Driton Kuka was the winner in the best coach category

To win the majority of awards in a national sports gala may look a bit too much and, for that, because we are living on our values, we apologise. Having said that, judo rocks in Kosovo! 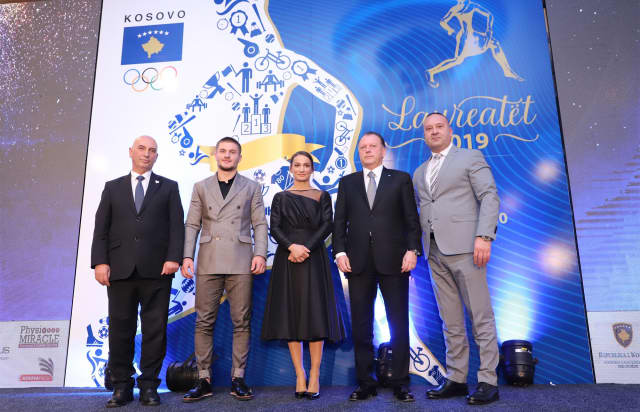