Judo will sparkle in Malawi

By Nicolas Messner on 02. Jan 2018
Share
The Judo Association of Malawi is set to launch a comprehensive Judo for Peace program. Located in southern Africa between Mozambique, Zambia and Tanzania, Malawi is a landlocked country, bathed by Lake Malawi, or Nyassa, Africa's third largest lake, a country that sees passing through its territory and often stop, a large number of refugees. 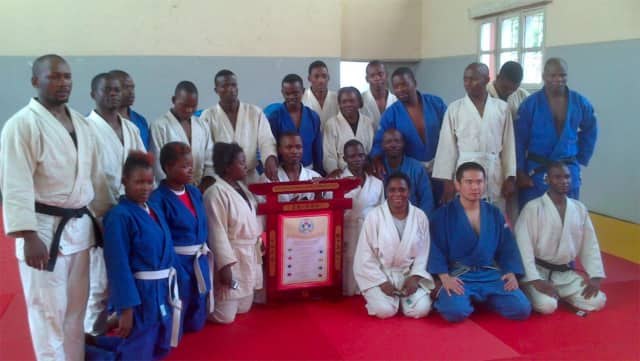 If the origin of the name of the country evokes the glitter of the sun on the lake, a symbol that is visible on the flag of the country, it is judo which is preparing soon to sparkle as the national federation is about to launch a program for peace.

Founded in 1999 and recognized on October 21, 2010, the Judo Federation of Malawi, chaired by John KAPUTA and whose general secretary is Osbourne BANDA, in charge of piloting the program, has already initiated several projects whose positive impact on local populations have been proved.

With the support of the Embassy of Japan, the Japanese International Cooperation Agency (JICA) and the Sports Council, a project was launched in the capital city, Lilongwe, in 2015. This programme significantly increased the participation and promotion of the sport as a tool for learning and improving the harmony and unity of the national community. It also had notable positive consequences for the recognition of the children rights, the access to education for girls, the social role of women and disadvantaged communities, and medical preventions (HIV/AIDS).

In early February 2018, the Judo for Peace Director will visit Malawi to inaugurate a new component of the Judo Development Program in the country. 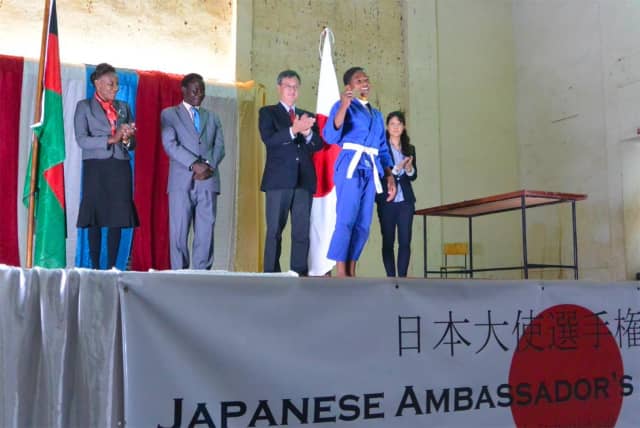 The Judo Federation of Malawi declared: "Through this new Judo for Peace project, we intend to raise the awareness of the public to the needs that refugees have in our countries. We regularly have to accommodate people escaping from conflict areas.

Through judo, we want to offer a safe space where the most vulnerable young people can develop physically, mentally and emotionally."

The launch of the project in Dzaleka Refugee Camp will be accompanied by substantive work with the National Federation to ensure that it has all the necessary tools to steer the program. The International Judo Federation will support the initiative by sending equipments (tatamis and judogis) and ensuring logistical and organizational follow-up.

The Dzaleka Refugee Camp was established by the United Nations High Commissioner for Refugees in 1994 to respond to the exodus of people fleeing the Great Lakes region of Africa (Burundi, Rwanda, DRC). Today refugees from Somalia, Ethiopia and Eritrea are also present in the camp. Since 2010, the Dzaleka population has jumped from 11,000 to 20,000 people, the bulk of whom are women and children. 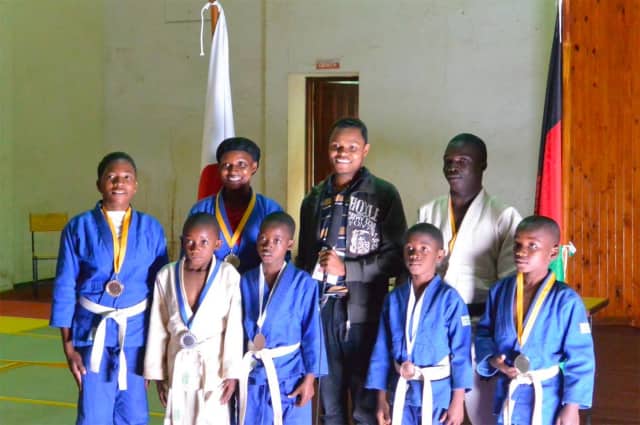 "The 20,000 people living in the camp who have often fled the atrocities of war have the right to social and economic inclusion," said the national judo federation, before adding: "These people have been traumatized and often find themselves in difficult living conditions, whose markers are idleness and loss of bearings. They face a rejection characterized by their refugee status. We want to help solve these problems. "

Refugees, wherever they come from, are often victims of stress, aggression and lack of unity. Juvenile delinquency is a scourge that makes its bed on a past that is too often traumatic. Judo has the capacity to change the status of these people based on its fundamental moral values and on what unites it to the Olympic Charter, which has the capacity to create bridges between culture, education and international cooperation. At the heart of the program, non-discrimination is the vector of the development of a reconstructed social network.

The Judo for Peace program in Malawi will build on the educational potential of judo to bring diverse groups of people together around common values and strong symbols. It will recreate a collective identity, and strengthen unity, fighting stereotypes and building on trust, discipline, friendship, respect, politeness, courage, honor and modesty, which are the fundamental values of the moral code of judo.

All refugees will be welcomed with open arms. Based on its own status, the federation plans to set up the necessary structures for regular and supervised practice in the Dzaleka refugee camp.

"We want to create all possible opportunities for these people in difficulty, and fight the attitudes of xenophobia and racism," explained the leaders of the Federation. Beyond recreating a peaceful social network, such an ambitious program could also quickly advocate for behavioral change in both the public and private sectors so that refugees, just like any other people, can enjoy all their rights. The federation hopes that this first Judo for Peace program in Malawi will serve as an example for other initiatives.

The International Judo Federation is piloting projects for Syrian refugees in southern Turkey (Kilis), in partnership with the Turkish Judo Federation, in Zambia, in the Maheba Refugee Camp, or in South Africa where the program is led by Roberto Orlando, a graduate of the IJF Academy.