Written by Nicolas Messner on 22. Sep 2018
Share
The third day of the Baku World Judo Championships was a very interesting day and it was totally different from the first two. Obviously the weight of the athletes is increasing and we can see the difference in the judo that is produced. As a commentator and observer I had the feeling to watch "little pocket rockets" on Day 1. They were very dynamic, moving a lot but due to the light weight of the athletes the impact of the throws was limited, which is totally logical. Their ippons were real ippons but with less impact. 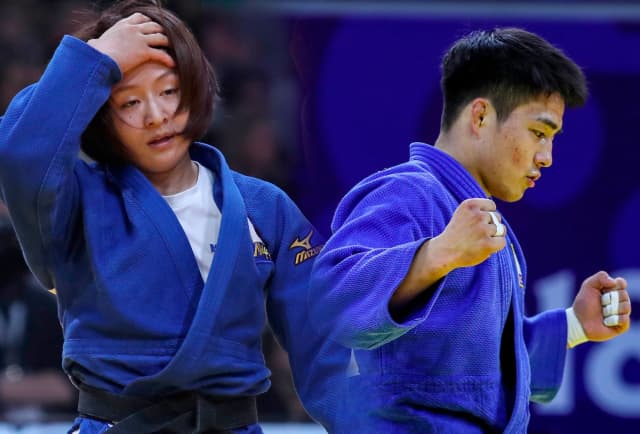 On the second day of competition we witnessed much more precise judo and also more ippons. The -52kg and -66kg were dominated by the Abe siblings and that also gave a global impression of precision and perfection. The judo really reached a very high quality level. We also had favorites who remained favorites and went on the podium in a more or less predictable order.

Today, as I said, it was totally different. We had more kuzushi (unbalancing the opponent) and we saw a lot of different techniques, but there was a lack of kake (final execution). It was very interesting to follow though. We also had a bit more penalties but that is directly related to the lack of completion in some techniques. If at the beginning of the day, we had many 'unbalanced' matches, due to the difference in level of some of the athletes, as the competition was going on, the bouts started to be tighter and kumikata (gripping) started to play a bigger role.

Of course we observed some powerful and spectacular throws, which we are always looking for but as the precision was not as high as during the second day, we had more matches going to golden score. Once again the Abe siblings are a good example. Their judo is so pure that they can throw with outstanding techniques. Today there were more "Renraku waza" (Combination of several techniques) like: o-uchi-gari/ko-uchi-gari, o-uchi-gari/koshi-guruma, o-uchi-gari/uchi-mata, o-uchi-gari/sumi-gaeshi and even some-tsuri-komi-goshi/ko-uchi-gari. 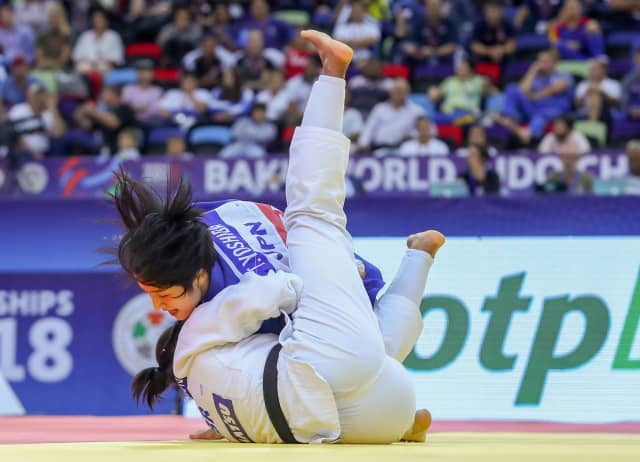 The key to win was the kumikata and the ability to combine judo techniques. I was impressed by the quality of the ashi-waza techniques (Foot/Leg techniques) but even more by the quality of the transition from standing position to the ground, where juji-gatame was on top of the successful actions as well as immobilisations such as tate-shiho-gatame or kesa-gatame that were very popular. For me the transition from tachi-waza (standing) to ne-waza (floor) was really one of the winning factors of the day.

I found also very interesting to observe the body language, which to my opinion, played a crucial role. I don't really like when athletes start to do something else than competing. They have to stay focused on their judo. If they start to interact too much with their coach and sometimes if they start to referee, when they are supposed to perform, they give information to their opponent that they are not really into the match and those information can lead to a bad result. This was a little the case of the Japanese, Hashimoto today. He's a great champion and he was the current world champion at the beginning of the tournament. But I can tell you that he had a pretty hard day at the office today. He still reached the final, which shows his tallent, but he was not completely focused. He was very close to lose the semi-final and was only saved by a beautiful throw in golden score but against the Korean An in the final, he had no chance. An was perfectly prepared and concentrated. I think that made the difference.

I think that Hashimoto did not have the ability to win today and that's mainly because of the mental dimension. But you know, when you have a bad day and you are still capable of reaching the final of the World Championships, that shows the level of judo you have. As a coach, I always say to the athletes: “Do your job, and I will do mine, and the referees will do their job.“ 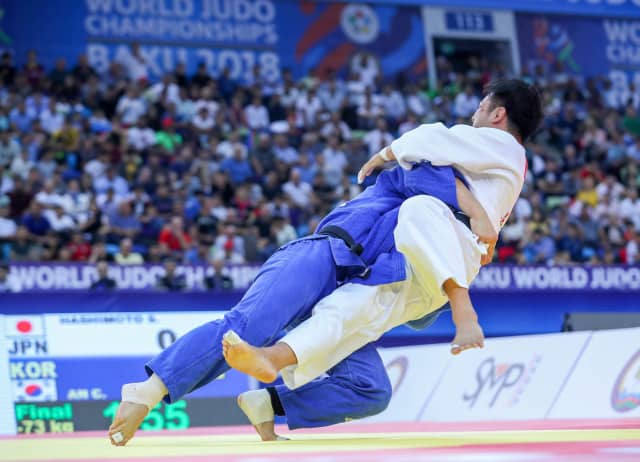 I could summarize by saying that Day 1 was the little pocket rocket day, Day 2 a stylish day, and today a very tight and more tactical day. But that what makes judo so interesting, because you can find so many different aspects. During the first two days, I could predict who will win quite easily, but today it was totally impossible. It was a gamble. When I looked at the drawsheet and after the first matches, I didn't have a clue of who would win. It was so unpredictable. It was about endurance and fighting. At the end, we had really beautiful champions who deserve their title. I am really looking forward to the next days, because I'm pretty sure that once again the show will be different.

Loretta Cusack-Doyle Loretta Cusack-Doyle has been actively involved in judo for over 40 years, 17 of which as an international athlete and member of the GB team. She is a former World Champion in 1992 and a double European Champion in 1983 and 1993. She was also a national cadet and junior GB coach for 12 years. Loretta is currently a member of the IJF Coaching and Education Commission and a Member of the IJF Live Streaming Team. She was also an Athlete Service Manager for London 2012 and a Technical Operations Manager for Glasgow 2014.