Kabwe: From Street to Dojo

Written by Nicolas Messner on 16. Nov 2020
Share
A new judo dojo has been officially inaugurated in Zambia. The judo federation of Zambia is definitely one of the examples of good governance in the service of helping underprivileged people. Many projects have been running for many years in the country, including Judo for Peace, Judo for Refugees and Judo for All, with the support of local authorities, NIF (Norway), UNHCR and of course the International Judo Federation, which has been accompanying Zambia for a long time. This time, Zambia had a strong support from the Judo Ireland to open a new dojo in Kabwe. 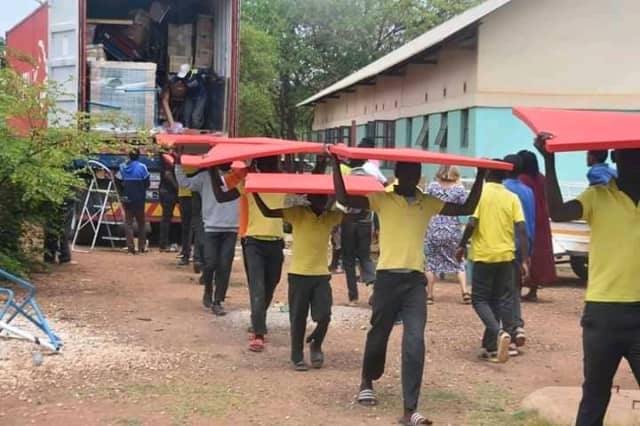 The city is the capital of the Zambian Central Province with an estimated population of more than 200,000 inhabitants. Today it is an important transportation, farming and university centre and Kabwe is becoming a major agricultural hub for the country.

During the inauguration, Alfred Foloko, President of the Zambia Judo Federation and of the Zambia NOC said, "It has always been my dream to see that the underprivileged get support in our communities and today I'm happy to be surrounded by beautiful children who are the future of our country."

The project was made possible with the support of Judo Ireland, which partnered with SABLES NUA. SABLES is a centre for the most vulnerable children in Kabwe. It offers food, clothing, medical care, emergency overnight accommodation, counselling, education and vocational training for over eighty O.V.C.s (orphaned and vulnerable children)." 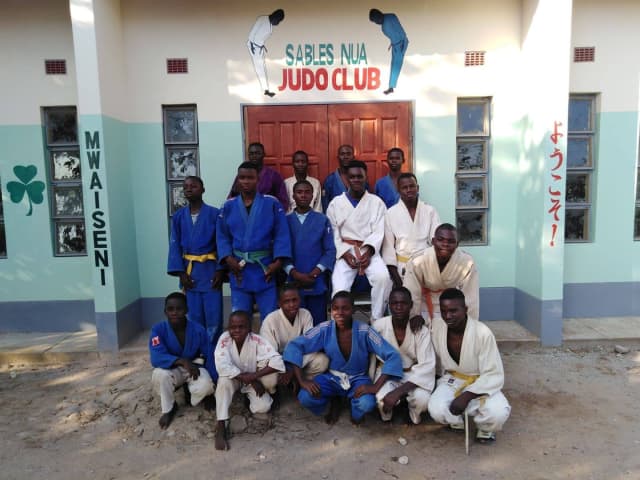 As the organisation explains, "Many of the children in Sables come from the streets of Kabwe and Lusaka, the capital city of Zambia. They have lost their parents to HIV/AIDS, been rejected by their families and forced onto the street to beg, steal or prostitute themselves in an effort to stay alive. Apart from the heartbreak, rejection and fear, these vulnerable children encounter cruelty and abuse on the streets. Other orphans come to Sables from the compounds (slums) of Makalulu and Katongo. They are usually sent by their grandparents who cannot provide food, clothing or education for them."

SABLES provides the children with two meals a day, vitamin supplements, sports and recreation, clothing and a child-centred education, which gives them the basics and thereby an opportunity to progress into the mainstream school system. The staff and the teachers, social worker and counsellor, cook, farmer and security guards provide a place of refuge, happiness and hope for some of the most marginalised children in the world.

The project was launched in 2004 and has grown ever since. Working shoulder to shoulder with host communities, responding to the needs of the most vulnerable ones, guided and directed by them, Sables has made a significant contribution to increasing the standard of living for many people. 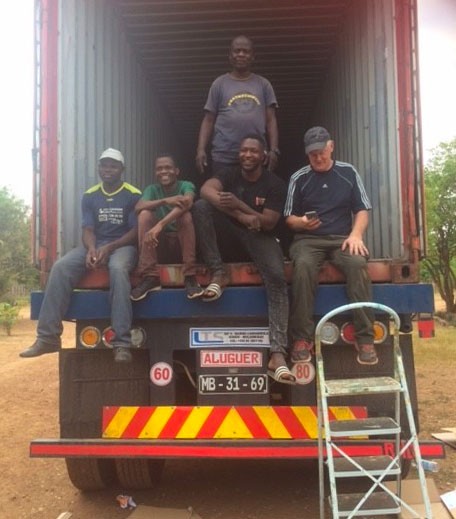 Foloko explained, “In 2016, the Director of Sable, Pat O’Fainin, who has a judo background in Ireland, decided to create a judo club for the underprivileged children. With the help of volunteer coach Gabriel Kunda, who works at the Central Police in Kabwe, Pat's idea became a success story."

At the very start the club began with almost nothing but goodwill. There was no judogi, no tatami and no dojo. Judo sessions were held in a classroom using bed mattresses and wearing old tracksuits as judogi, “However, the Judo Ireland and Sensei Alan Martin came on board and a delegation of judoka came from Ireland to encourage people and offer their support," said Mr Foloko.

"In September 2017, the IOC launched the Olympic Refugee Foundation to support the protection, development and empowerment of children and youth in vulnerable situations through sport. The initiative emerged from a strong cooperation with UNHCR, in which the IJF and the Zambia Judo Federation are key players. The IJF and our national association support projects across the country on two levels. One deals with creating safe, basic and accessible sports facilities in areas where there are refugees, a displaced migrant population, underprivileged or internally displaced people and where all children and young people can play sport and take advantage of sport's multiple benefits. The other deals with developing sport activities that can be successfully implemented within these safe environments,” added the President of Zambia Judo. 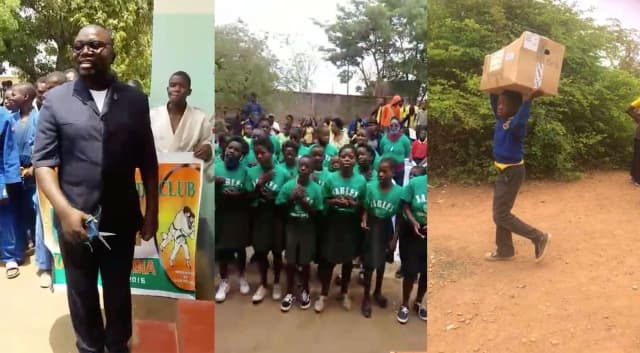 The construction of the new dojo started in March 2020, despite the COVID-19 crisis and was inaugurated in the presence of many officials. It will offer new opportunities to the children, who so far have been training in difficult conditions.

Pat O’Fainin said, “This is a totally free of charge initiative for approximately 380 children involved here. We introduced judo as a means to teach self-respect, discipline and the effect that judo has had on children is already absolutely enormous. We take children from the street, that’s really where they are coming from. They are rough. They are fighters. We turn them into judoka with respect for the dojo, respect for the sport, respect for the opponent, respect for themselves. It's an easy transformation. I think we are doing a very good job with Zambia Judo and with the support of Judo Ireland."

Alfred Foloko concluded, “With this new dojo, we are really looking forward to seeing our children getting stronger and stronger. We have come a long way here already, in a short time. Appart from this new facility, we are active across the country with important social development programmes and I can definitely say that Zambia Judo and all its international partners deserve recognition and respect for undertaking this challenging but rewarding work."