Last But Certainly Not Least

Written by Nicolas Messner, Jo Crowley on 25. Nov 2021
Photographs by Emanuele Di Feliciantonio
Share
Abu Dhabi is preparing to host the last event of the World Judo Tour, in a season which has kept all its promises. Despite the global health situation which put the world of sport in the path of a major challenge, judo has been able to unite around its values to offer a show that meets the high expectations that millions of fans place on our sport every year.

2021 began in Doha with the World Judo Masters which set the tone for this Olympic year. Then the events followed one after the other, in the strictest respect of the sanitary protocol, guaranteeing the safety of all.

Now we are in Abu Dhabi, where the World Judo Tour has been present since the first Abu Dhabi Grand Prix, in 2009. To open proceedings, IJF Events Director Dr Lisa Allan welcomed dignitaries, guests and the whole judo community to the 2021 Abu Dhabi Grand Slam and introduced those present at the draw.

The IJF Director General, Mr Vlad Marinescu then offered some warm words, "Hello and welcome to the Abu Dhabi Grand Slam, the season finale. I would like to thank the Abu Dhabi Sports Council for their hard work and collaboration. It’s a pleasure to always return to their city with the traditional always visible but with a modern twist. Thanks to all delegations, coaches and staff for all their hard work through the year. It’s an absolute pleasure to continue to bring judo to the athletes and to judo fans around the world, after such a difficult period.” 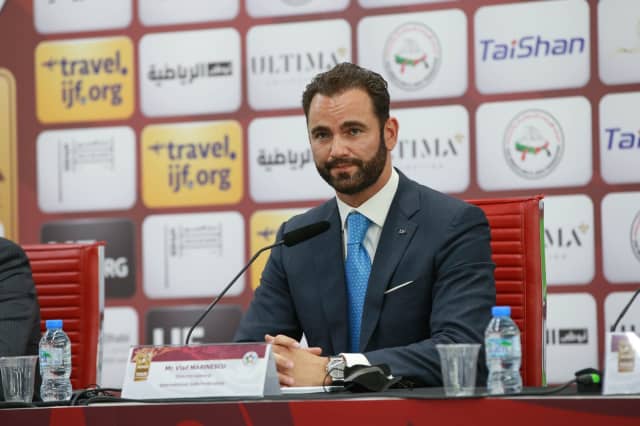 On behalf of the host nation, Vice Chairman of the United Arab Emirates Wrestling and Judo Federation, His Excellency Naser Al Badoor then gave his welcome address, “Dear IJF President, Executive Committee members, coaches, staff and guests, as it is our Golden Jubilee National Day and on behalf of our President, I would like to welcome you to Abu Dhabi and the 11th edition of the Abu Dhabi World Judo Tour event. In partnership with the IJF we continue to ensure health is a priority in this changing time. I would like to thank the frontline heroes for their bravery during the pandemic. I wish all judoka and teams the very best during the competition and during their stay in the United Arab Emirates." 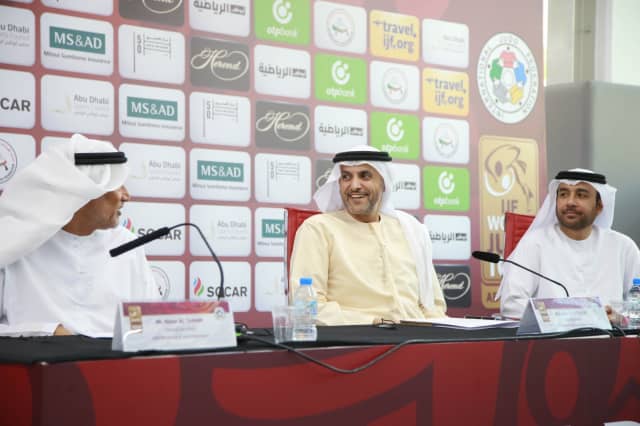 Dr Allan then delivered the necessary competition reminders and up to date programme information, “We ask all participants to adhere to the rules in order to keep everyone safe, respecting the United Arab Emirates, Abu Dhabi and IJF Covid regulations. We must continue to protect the hard work invested during your career. The safety of everyone is our top priority and this means all participants must stay within the competition bubble, wear masks and sanitise regularly. It is the responsibility of the whole judo family.

Aside from the Covid regulations, all competition programme information can be found on the event Telegram channel.”

IJF Head Referee Director, Mr Armen Bagdasarov then explained the refereeing matters and reiterated that the Referee Commission are present with four Referee Supervisors and many referees from the Olympic Games, as well as the new World Judo Tour referees. “I wish all good luck at this final event of the year.”

IJF Head Sport Director, Mr Vladimir Barta then conducted the mechanics of the draw with his own welcome, “We are ready to close the year and also the Olympic season. Thank you to all staff and teams for their work in this period. Now we will prepare for the Paris cycle.”

Finally, Dr Allan closed the draw, “Please use #JudoAbuDhabi and follow all results and the live stream at Live.IJF.org for what promises to be a very exciting competition here in beautiful Abu Dhabi.”

With the draw concluded, the potential for spectacular contests is clear. A strong French team has travelled, for instance, with 21 athletes. It is team composed of former glories like Loïc Pietri and Marie-Eve Gahié, both world champions and newcomers Francis Damier and Chloe Devictor. It is also with great pleasure that we note the comeback of Amandine Buchard, silver medallist in Tokyo and now ready to launch the next chapter of her already very successful career. 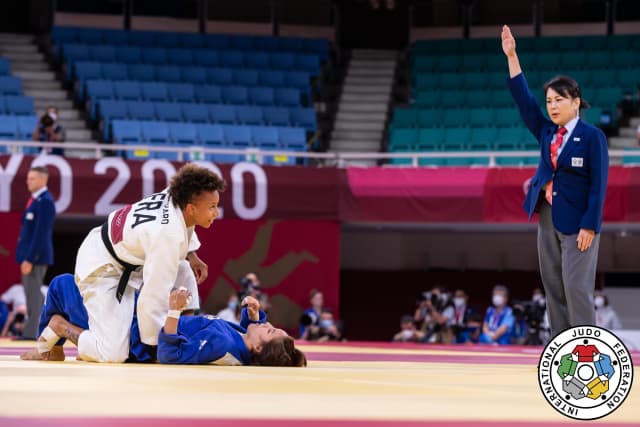 We note the presence of Telma Monteiro (POR) in the -57kg category, whose record is absolutely incredible: 1 Olympic medal, 5 world medals, four times on the World Judo Masters podium, 17 WJT podia and 11 continental medals. She is still motivated to compete at the highest level.

At -63kg Andreja Leski (SLO) dominated the Zagreb Grand Prix some weeks ago and seems to be in really good shape after her silver medal at the World Championships in June. Will she once again be on top of the podium?

With 20 competitors registered across the men’s and women's divisions, Mongolia shows that they are willing to be among the best in the years ahead. This is the case for many nations, already in full preparation mode. Ramazan Abdulaev will kickstart the Russian campaign. The three time World Judo Tour medallist in 2021, in Tel Aviv, Kazan and Paris, wants to conclude his season on the highest note.

Lasha Shavdatuashvili is a hero, undoubtedly and not only in Georgia. The three-time Olympic medallist and now world champion, since June in Budapest, is back and that reveals the level of this edition of the Abu Dhabi Grand Slam. 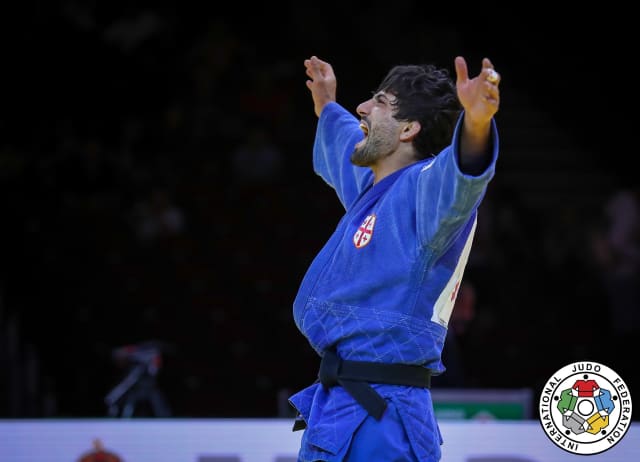 Matthias Casse (BEL) is also present in the U.A.E. After his world title in Budapest and his bronze medal in Tokyo this summer, his comeback was not easy, with the Belgian champion unable to reach the podium in Paris very recently. Will Abu Dhabi smile at him?

The Uzbek team, led by coach Ilias Iliadis, is already preparing for their World Championships next year in Tashkent. Nine athletes are present in Abu Dhabi. It's a safe bet to imagine that some will get medals.

Each category will have its group of favourites and underdogs, while once again the -100kg category will show quite a few competitors with brimming medal cabinets and also those becoming regulars on the rostrum: Arman Adamian (RUS), Shady Elnahas (CAN), Michael Korrel (NED), Toma Nikiforov (BEL).

Each category is undecided though as top athletes may not be on top form and young ones are pushing hard to reach the spotlight. This is why Abu Dhabi will not only be the last event of the season, it will also be a very good indicator of what will happen in the months to come.

Tomorrow is almost with us and we invite you to enjoy the final battle of 2021, in Abu Dhabi.