Life is back to Somalia

Written by Nicolas Messner on 15. May 2018
Share
For many years it was the most dangerous country in the world. Somalia is a country located in the Horn of Africa, which is bordered by Ethiopia, Djibouti, the Gulf of Aden, the Indian Ocean and Kenya. With the longest coastline on Africa's mainland, and a terrain consisting mainly of plateaus, plains and highlands, Somalia has been known over the past decades for the conflicts that have put the country in a very difficult situation. Despite the hard living conditions, judo is present in Somalia and the young judo federation has recently received support from the International Judo Federation. 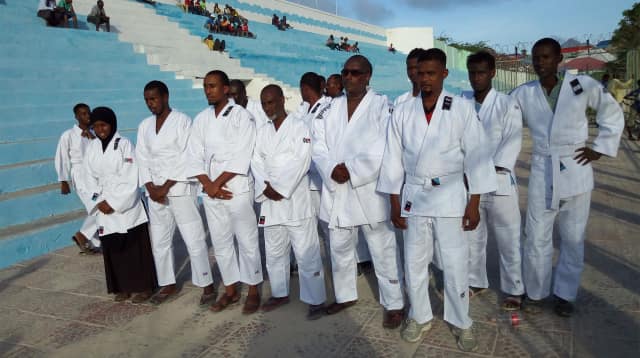 In order to help the development of judo for children and competitive judo, the IJF sent 20 competition Judogi, 50 training Judogi and 150 children judogi that have been immediately distributed to start the activities. The President of the federation, Jurshe Abdullahi Mohamed, and its General Secretary, Mohamoud Ibrahim Hassan, were very pleased with the support: “For us, it is so important. It shows that we are strongly supported by our international federation. With that help, we will be able to start our training program and get ready to participate in world competitions in the future.“

Due to the difficult situation in the region, it has not been easy to organize the sport but today, the federation is happy to say that there are already a few clubs in the country: "They still need to be structured and developed", said the federation before adding "but this is a very good first step. The judogi received from the IJF will be of great help".

President Jurshe Abdullahi Mohamed explained: "There are a huge number of Somali young people who are interest in our sport. So far they could not really practice but this time we will let them know that it's possible and we will let their dream happen. After a long period of war and anarchy in Somalia, there are so many generations who missed the possibly to practice sport and have fun doing it. We will offer them that chance.“ 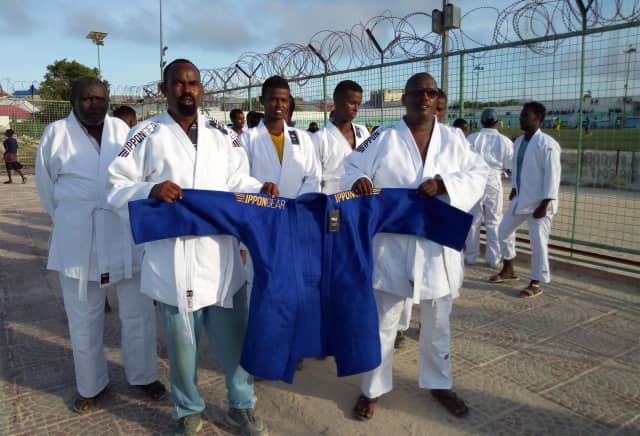 The federation is now looking for new judoka to come join the judo family. As the federation representatives underlined, this donation is really the starting point of a new adventure. There is already a good number of young children who are interested in the activity. The first demonstrations that were organized showed a massive interest: ‘Somalis do like Judo' said Jurshe Abdullahi Mohamed.

Until recently it was not possible to practice, but a few weeks ago, a demonstration was organized in one of the Stadiums in Mogadishu, the capital of Somalia, and the audience was amazed. The federation is now looking forward to more development and is hoping to be able to develop Judo for Peace activities in a near future.