By Mark Pickering, Gabriela Sabau on 08. Mar 2019
Share
“I felt more pressure directing than I did fighting,” British champion Gregg VAREY conceded as he took a moment to regain his breath after fighting at the Marrakech Grand Prix on Friday afternoon. 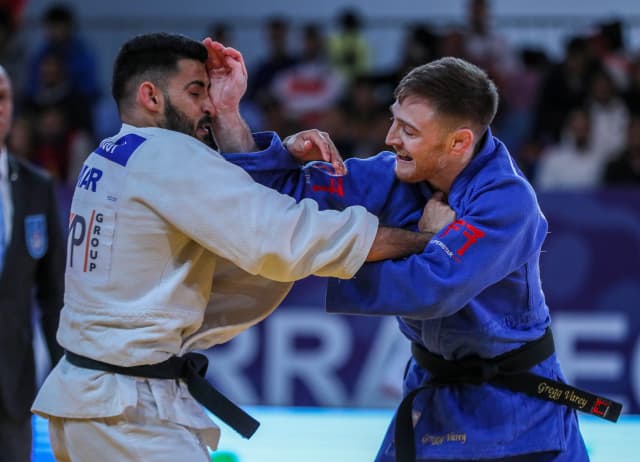 VAREY (blue judogi) on his way to victory over HAMDAOUI (MAR)

VAREY resumed his day job in Morocco, two weeks removed from being behind the camera directing the action for the IJF at the Düsseldorf Grand Slam.

The world number 160 self-funded his participation in Morocco to test himself at a Grand Prix for the fourth time in his career. Briton VAREY recorded his first contest win on the Grand Prix stage by defeating home judoka Soufian HAMDAOUI (MAR) in his opening contest by a waza-ari score before bowing out after a close contest against African Championships silver medallist Ahmed ABELRAHMAN (EGY).

VAREY, 30, whose dad Mike is a well-known judo photographer on the British circuit, has been supporting himself to travel and compete around the world by working part-time for Bristol-based FightingFilms, the IJF’s TV production team, since 2015.

Team Bath judoka VAREY, who has been the technical expert for filming shoots with champion such as Lucie DECOSSE in between his full-time training, worked as the IJF TV Director for the first time in Düsseldorf, one of the sport’s highest profile events. 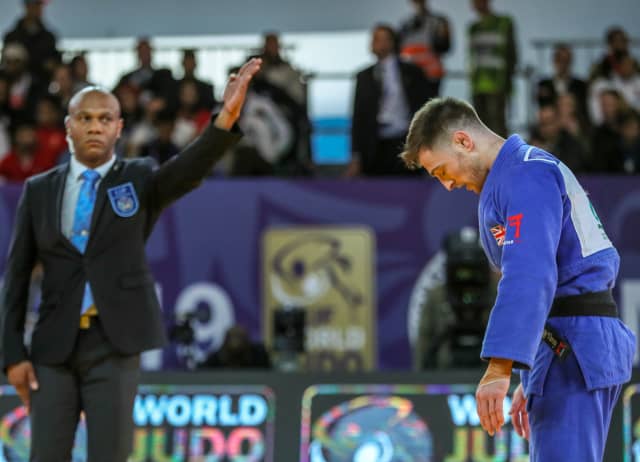 “You have to have quality over quantity, that’s my approach when I’m back in UK, I’m ticking over when I’m working at tournaments, I’m in the in gym, using uchi komi bands and staying active,” said the 2018 Dakar African Open bronze medallist whose recent schedule saw him work in Paris, fight in Rome, work in Düsseldorf, fight in Warsaw and then fight today in Morocco.

“When I’m directing I’m watching judo, it’s like the revision side for me, my brain is still working and I’m still analysing people. 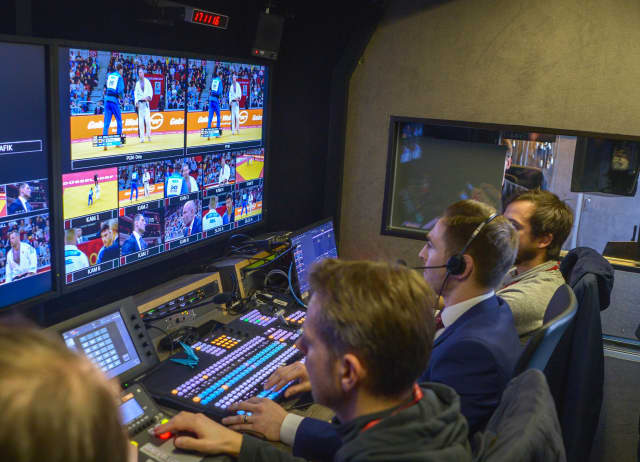 “For me it makes it not such a big thing, the fighting part, I’m more nervous when I’m directing, in Düsseldorf for example.

“I was focused on winning my first fight, I didn’t want to look beyond that, that's how I felt today. In Dusseldorf when I was directing I was able to call on my competitive experience because I know the best camera angles from fighting but still I rely on those filming in the arena for the shots for television.

VAREY reflected on his day’s competition in Morocco and expects to revert back to his second judo role, behind the camera, for the IJF in the near future.

“I’ve got plenty of positives to build on from today,” said the -66kg judoka.

“I gave away a silly mistake at the start against ABELRAHMAN (second fight) and then had to work but it was close and could have gone either way towards the end.

“I will probably need thumb surgery now, it’s something I’ve been dealing with since August of last year and I may need a ligament reattached.”

“I’ll carry on working and while I get I recover I will return to the other side of the tatami and do some editing and directing.

“I get support now from the Welsh Judo Association which I’m very grateful for in addition to my own funding which comes by working at IJF events.”