MOHAMED MERIDJA, A FIGHTER FOR LIFE

Written by Nicolas Messner on 13. Mar 2018
Share
For many years Mohamed Meridja has been walking his elegant silhouette along the tatami of the judo circuit as the Coaching and Education Director of the International Federation, but it has been even longer that he has been passionate about our sport. We met him on the occasion of the Agadir Grand Prix and the Algerian explained to us the reasons for this unwavering passion. 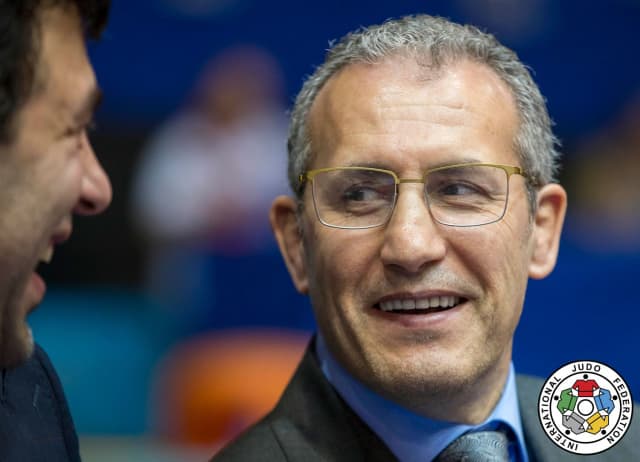 Mohamed Meridja is a man with multiple hats since he is a member of the IJF executive committee, but also a Vice-President of the African Judo Union, in charge of technical development, and first vice-president of the Algerian National Olympic Committee. Yet all these roles have a common vector: the love of sport and what it can bring to the youth.

If he now has an important role in sport, he remembers his first steps on a tatami, it was in Algiers at the end of the 60s: "My father worked at the time in France, but the rest the family lived in Algeria. I must say that I was a turbulent child, always ready to fight. My father when he used to come home realised that I needed some activity to channel this negative energy. He knew judo in France and one day when we were in the center of Algiers, we found a judo club. On the side, judogis were on sale. He bought me one and since then I have not stopped practicing."

Since the age of eight and his start in the sport, Mohamed has climbed the ladder one by one. His strenuous attitude of the first years turned into a positive fighting spirit, for him and for those he wants to defend, so that they have a better life: "At twelve, I participated in my first competition, it was a regional championship and I won. This first medal allowed me to benefit from the free judo sessions and I started to train more and more." Later he became Champion of Algeria in all age categories from pupil to senior and at 19, he flew to Portugal to participate in his first international tournament: "I have fond memories of it. I won this tournament in Lisbon and I remember that it was the president of the country who gave me my medal. I was impressed."

In the early 1980s, Meridja had to do his military service for two years. Already a member of the national civilian team, he also joined the military squad and at the World Military Championships in Colorado, he won a bronze medal in -65kg. He then went on to win podiums in internationally renowned tournaments and became team and individual African Champion. The peak of his sporting career culminated with the gold medal of the All Africa Games and his participation in the 1988 Olympic Games in Seoul, although he still has a little regret from that time: "I was doing a lot of diets to lose weight and I often got injured. This was while we were preparing for the Olympic Games and training in Japan, I had a torn muscle that really bothered me to be at my best." 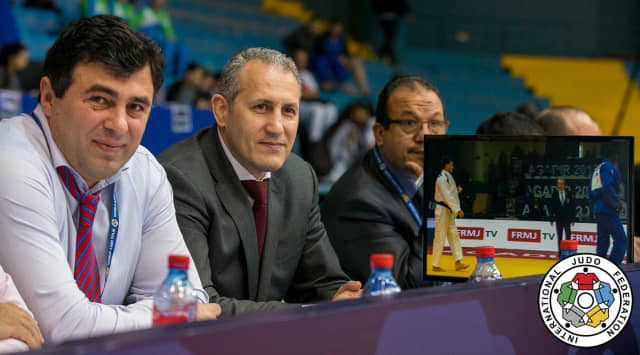 Above: Mohamed Meridja together with Armen Bagdasarov, IJF Sport Director

While he was still a competitor and his name had become a real reference in his country, Mohamed became a coach at the age of 21 and he created his judo club which reached 1,200 members at the top: "I was known in Algeria and suddenly everyone came to do judo. Many children have been attracted by our sport and its values. Because I wanted it to benefit everyone, I had set up a system where the family who put one of their children to judo, had free from the second. We created a real judo family in Algeria and all the money we earned was reinvested to help the ones in need."

Unfortunately from 1991 on, Algeria plunged into the 'dark decade' and these dangerous years had a major impact on the entire population. For security reasons Mohamed Meridja had to close his club in 1995. But still he remained in Algeria and continued to develop the practice of judo: "It must be said that life was unbearable during this period. Between my parents' house and mine, there was 800 meters. Between the two, not a family was spared from death. I think I can say that judo has saved us. I had become a hope for bridging communities together and for example, I helped a lot of repentants to lay down their arms. It was really difficult times."

To leave the country? He often has asked himself the question: "I could have left, moved, join another country, but my family, my relatives, were in Algeria and needed me." So after being appointed National coaches he guided his athletes at the Barcelona Olympic Games or at the World Championships in Hamilton in 1993, then he was elected President of the Algerian judo Federation in 1994: "Because I had travelled, I had the chance to have gained a lot of experience. I was a little jealous of what was being done in other countries. So I took what was best elsewhere and applied it in my country. We created a group of 350 judokas who trained daily. Our technical management was solving the problems live. We lived in a real pressure cooker, but it worked and our athletes won world and Olympic medals." 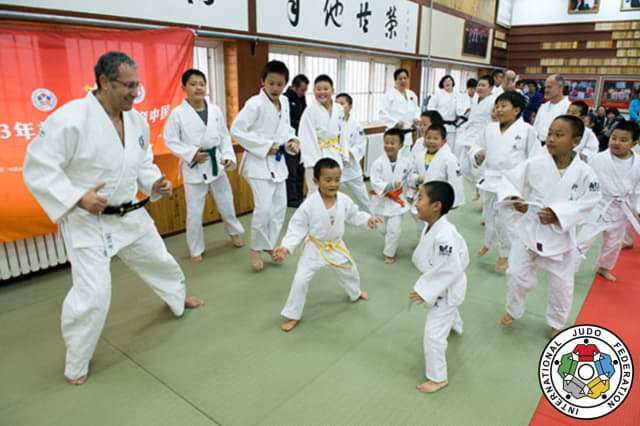 Above: During the Judo Educational Journey through China

With this experience, Mohamed Meridja got involved in the National Olympic Committee and in 1996 he became Head of Mission of Algeria during major international events, but his passion remains rooted in judo: "Judo is my life. Everything I learned, I learned it on and around the tatami and I believe that our sport is a key to success in life. I have always had a great consideration for the concept of family and in judo we were able to recreate this incredible atmosphere. We have always had a great time getting together for training and people came from everywhere to practice. Judo is education above all else."

It is not surprising, then, to find Mohamed Meridja in the functions that are his today at the international level. From the beginning of the 2000s he was already involved in education at the African level and in 2007 he joined the team of the newly elected IJF President, Marius Vizer, as Education and Coaching Director: "My role today is to share my experience. From the beginning we launched a kata world championship. I work closely with Olympic Solidarity. But my commission is also very active in controlling the behavior of athletes and coaches for example. We are the guardians of the values ​​of our sport. The judogi control is another crucial point because we must guarantee equity among the participants. Finally, the Education Commission has been and still is very active in the running of the IJF Academy which was a long-standing project that has been implemented in recent years with great success."

Mohamed Meridja is still regularly on the tatami and only a few years ago, he would visit China, Kazakhstan, Uzbekistan and many other countries, during judo educational tours that allowed to visit 16 cities in China for instance and introduce judo to thousands of young schoolchildren. We can not understand his permanent commitment to the development of judo if we do not talk about his new mission as Vice-President of the African Judo Union, the continent where he was born and that he wants to assist in its ascent to the top: "With the President of the African Union, Habib Sissoko, great progress has already been made. We are putting everything in place for Africa to meet the standards of international circuit competitions and we are on the right track. Recently we organized a seminar in Morocco in which 46 African countries were present. It's a record and we worked really well." 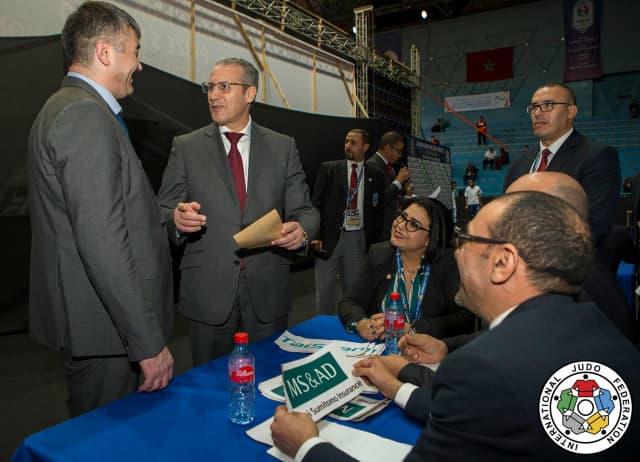 Above: The judogi control is an important mission of the Education and Coaching Commission

Mohamed Meridja repeats it to envy: "Judo gave me everything. Absolutely everything. What guides me today is how to give back to judo what I received from it. The different roles I play today give me the chance to have some influence. As small as it is, I am happy to share what I have learned."

What is certain is that this desire to fight in his early years, Mohamed Merdija always has, but it has metamorphosed into an incredible desire to share a life he deliberately chose to put in the service of other. He continues to travel the world to talk about education and emancipation through judo.