Written by Nicolas Messner on 07. Oct 2018
Share
On the eve of the start of the Youth Olympic Games taking place in the Argentine capital, Buenos Aires, from October 6-18, 2018, the International Olympic Committee held its 'Olympism in Action' conference, to which a delegation of the International Judo Federation led by President Marius Vizer was invited.

In front of an audience of 1,200 delegates from around the world, including IOC President Thomas Bach, the activities of the Judo for Children / Judo in Schools and Judo For Peace commissions were highlighted and the presentation made by the President Vizer, Ruben Houkes (World Champion, Olympic medalist and coordinator of the Judo for Children and Judo in School commission) and Nicolas Messner (Judo for Peace Director) were particularly appreciated. 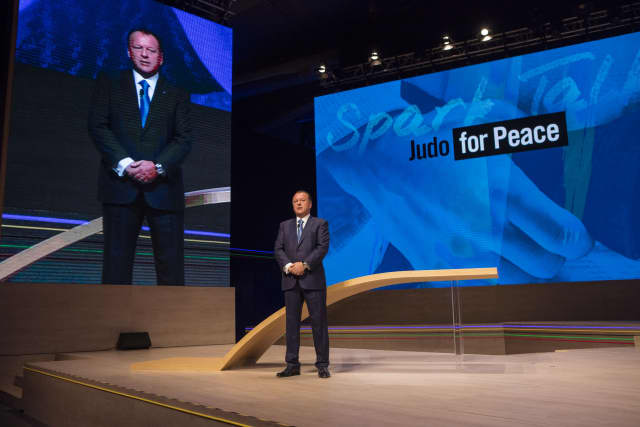 During his introduction, Marius Vizer took the floor to highlight the importance of education for the youth of the world to which the values carried by the judo moral code are a cement for the social construction of the future. He took advantage of the platform that was offered to him, to make concrete announcements: “I want to propose an idea, which could be good for the development of world sport and for social integration.

Today the world in confronted with a lot of conflicts which are threatening the social, political and economical stability. One of the consequences of these situations is linked with the refugee situation and the immigration. Today around 70 million refugees are living around the world as well dozens of million economical displaced people. 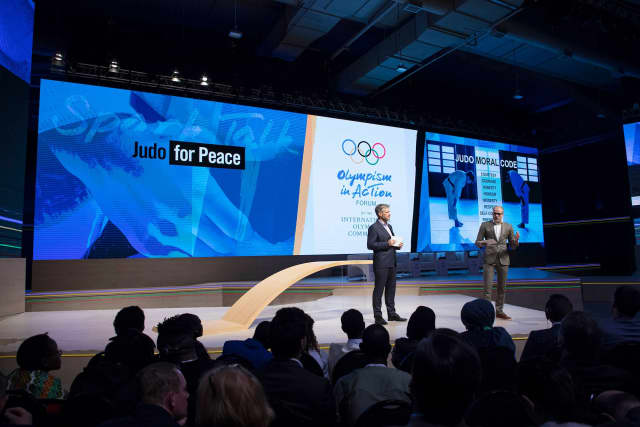 All this people changed the destiny of their lives hoping for a better future. One of idea, which I think will be supported by the IOC and the whole sports movement is to give the chance to the children of the refugees to have an equal right to participate in sporting events. That would help them to develop their personality, to have dignity and to have equal chances to develop the world and a better society.

I think this idea is not only a social one but also a human one. Sport is a universal value that belongs to all of us. President Bach said during the United Nations meeting that sports belong to all and all have to have access to the sports. We have to think about supporting this idea. When we are able to issue a biological passport to athletes, We should also be able to issue a 'sportpass' to all children around the world, who don't have the citizenship of the country they live in and therefor can not participate in the national and international competitions. Thank you very much for supporting this idea.“

In the months to come, the IJF will make concrete propositions to foster this idea. 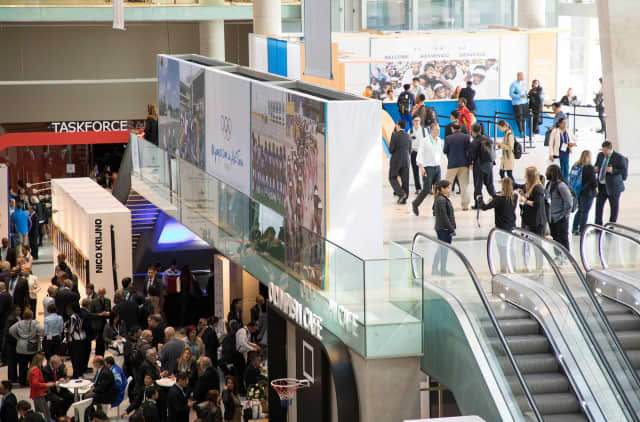 Following Marius Vizer's introduction, the audience discovered the Judo for the World film featuring some of the most emblematic programmes that have been developed by the IJF over the past years. Ruben Houkes and Nicolas Messner then took the floor to present, through concrete and positive examples, the impact that judo has on local populations.

Irem and Cuma both live in Kilis, Turkey. The first one is Turkish, the second one, Syrian. They were not meant to meet, but through the Judo for Peace programme, they can now train together.

Lisa was bullied at the school, but thanks to the Judo in School project led by Ruben Houkes in the Netherlands, the situation as totally changed in a very positive way. Those inspirational stories, as well as the story of Rafaela Silva, born in The 'City of God' in Brazil and who became a World and Olympic Champion, gave the possibility to the IJF to underline to power of judo to create the conditions of a better society. 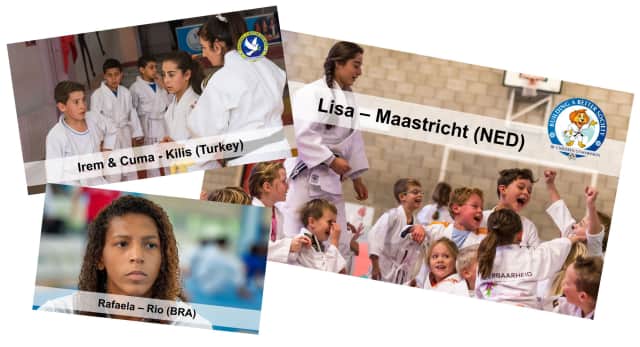 Olympism in Action Forum By bringing together thousands of athletes and inspiring billions of viewers, the Olympic Games and the spirit of Olympism unite people around the world and promote peace in our society. To further the momentum of using sport for good, the IOC organized the Olympism in Action Forum in Buenos Aires. The programme featured a wide variety of sessions, including debates, collaborative workshops, sport demos, inspiring talks, cultural celebrations and more. The set of values that defines Olympism inspires and connects people around the globe to build a better world through sport.

The Olympism in Action Forum took place just before the Youth Olympic Games, an elite sporting event that convenes future generations of athletes from over 200 countries to compete in a sports programme based on that of the Olympic Games. The juxtaposition of these two events shines a spotlight on fresh thinking and new trends in sport, promoting the Olympic spirit on a global stage.