New Page for the Police and Armed Forces in Serbia

01. Jul 2018
Share
The Judo Federation of Serbia (JFS), the Ministry of Interior Affairs, and the Ministry of Defence of the Republic of Serbia, with the support of the International Judo Federation (IJF), wrote a new page in history the organisation of the first Judo Tournament for Armed Forces and Police Members in the country. Competitiveness and fair play marked the matches, held at the Centre for Basic Police Training at Sremska Kamenica. 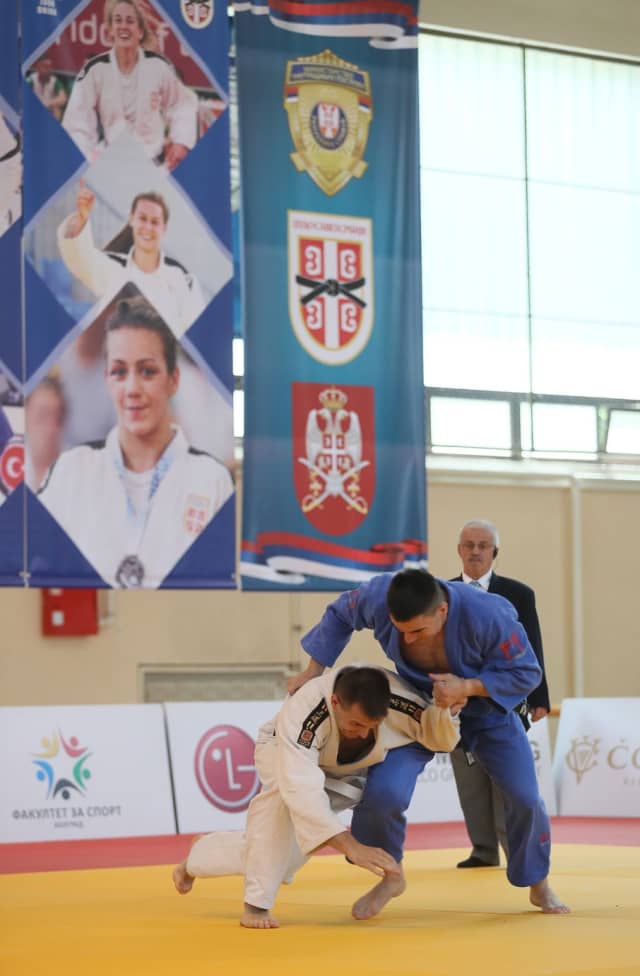 The participants of the first Judo Tournament for Armed Forces and Police Members were also addressed by Stefan Marginean, head of MPC at IJF: “I would like to thank you for inviting me to attend the first Judo Tournament for Armed Forces and Police Members of Serbia. When I received the invitation, I was very happy because I realized that the signing of the Protocol of Cooperation between the Judo Federation of Serbia, the Ministry of Defence and the Ministry of Interior Affairs of the Republic of Serbia resulted in the organization of such a major competition. Judo is an Olympic sport of great importance for mental and physical wellbeing. The strategy of the IJF is to promote this discipline as much as possible through values and principles in the whole world, and also in the military and the police, with the aim to improve the professional training of armed forces in all age categories. I congratulate you all for organizing the tournament.“ 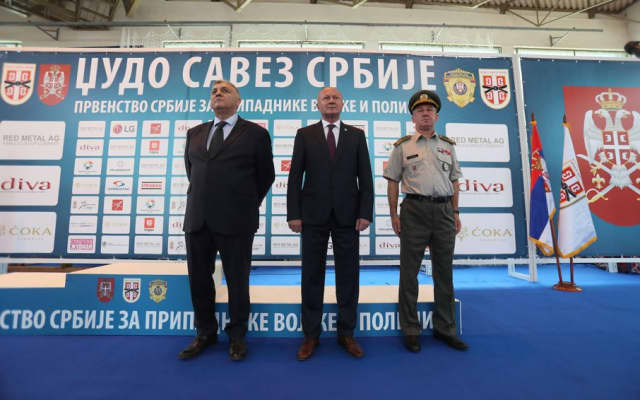 Opening cermony of the event

President of the Judo Federation of Serbia, professor Dr Ivan Todorov, thanked the Ministries and IJF, and also expressed his gratitude to the hosts for their hospitality: “Judo has been introduced into the education system, which is exceptionally important for sport and to create a base. By signing the Protocol of Cooperation with the Ministries of Interior Affairs and Defence of the Republic of Serbia, and with the support of the IJF, we made another important step. Judo is a part of training for police and armed forces, and it also now became a competitive sport. We have a lot of work ahead of us. As the national federation, we will provide maximum support to the ministries and the members of the military and the police in organizing competitions. Serbia is a candidate for the International Judo Tournament for Army, Police and other Forces 2020.“

“I am impressed that I was able to be a part of history as a participant and a winner of the first Judo competition of this type. I congratulate the Judo Federation, and especially president Ivan Todorov, a pioneer of a new wave of Serbian Judoka, and the results are showing it“, explained Marko Vuković, representative of the Security and Intelligence Agency (BIA) and gold medallist in -100 kg.

The host, the Ministry of the Interior Affairs and the Centre for Basic Police Training at Kamenica saw their representative, Filip Jovanović, triumph in -73 kg: “I am satisfied with the result, and I am especially glad that I won, because I will complete my training here at the Centre in Kamenica. The experience will certainly be valuable to me and I believe that this tournament will become a tradition. 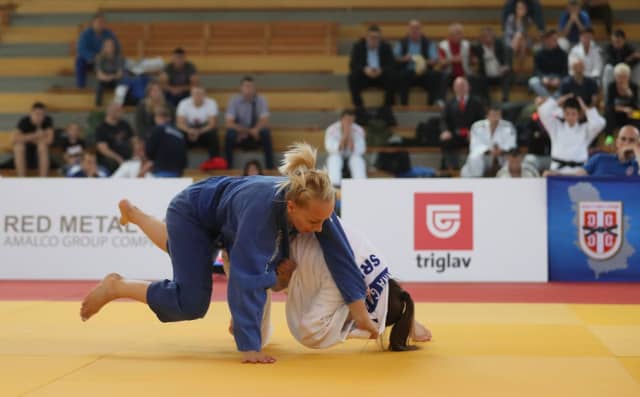 Stevan Stojanović, winner in -81kg and captain of the Serbian Armed Forces, did not conceal his pleasure over another triumph on the Judo mat: “It is my honour to win gold for the Serbian Armed Forces in this tournament, and especially because the competition was held at such a high level. This is an excellent starting point for all of us who are members of the armed forces and the police, and who participate in international competitions. I thank the Judo Federation for Serbia for making its cooperation with the ministries official, because I am sure that from now on the results of Serbian athletes will be even better.“

Women were also present on the occasion of this first event in Servia and showed great skills, like Katarina Denić, who was the pride of the Criminalist Police Academy in Belgrade: “I am satisfied with how I fought, especially since I won both matches with Ippons. I am glad that I have again justified the trust placed in me by the Criminalist Police Academy, and my home team, Red Star. I would especially like to say that we have achieved an excellent result representing the Academy.“ 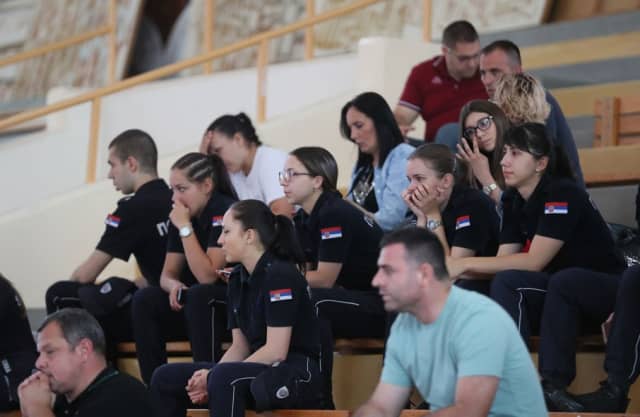