OBJECTIVE IN THE HEART OF RUSSIA

By Nicolas Messner on 13. Mar 2018
Share
The fourth largest city in Russia, behind Moscow, Saint Petersburg and Novosibirsk, Yekaterinburg will be the backdrop of the World Judo Tour this weekend (March 17th and 18th) as the third Grand Slam and the fifth event of year will be held in the city. Although it has traveled extensively across Russia's vast territory to promote judo throughout the country, this Grand Slam is one of the major events on the calendar and once again it will be eagerly awaited by fans around the world. 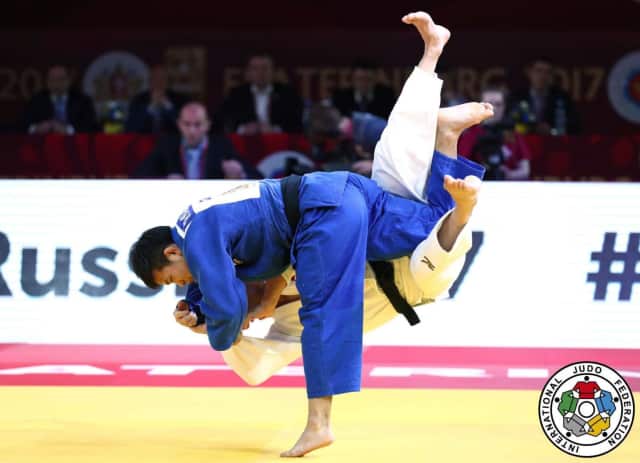 Above: Final of the 2016 edition of the Ekatirinburg Grand Slam between Amiran PAPINASHVILI (GEO)and NAGAYAMA Ryuju (JPN) in men's -60 kg

Only a few days ago, the athletes met on the shores of the Atlantic Ocean and its mild Moroccan climate. As Yekaterinburg is located on the Asian side of the Urals, this time the circuit will face the cold coming down from the mountains of this part of the world, at the crossroads between East and West, on the famous line of Trans-Siberian Railway. However, it is not the harsh climate of this late winter that will scare the 262 competitors from 34 nations engaged to date, but rather the draw and surprises it will reveal as early as Friday afternoon.

Russia is a country of judo, whose tradition and love for our sport is well established. Last weekend, Russia finished in first place in the Agadir Grand Prix Nations standings with titles going to Irina DOLGOVA (-48kg), Khusen KHALMURZAEV (-90kg) and Kirill DENISOV (-100kg). It is therefore not surprising to see that 55 Russian athletes will be engaged during the Grand Slam and that, in front of their public, they will be difficult to defeat.

IJF President, Mr. Marius Vizer said: "Already the 2018 season is gathering momentum and there will be high expectations from the third Grand Slam of 2018 following Paris and Düsseldorf. The Russian Judo Federation are one of the most accomplished and capable Federation’s in the world and their event expertise has been of great benefit to the growth of the IJF World Judo Tour in recent years. I wish good luck to all participants, staff and volunteers. I am sure that the values of our sport will be displayed at all times and I wish you a wonderful stay in Russia.“ 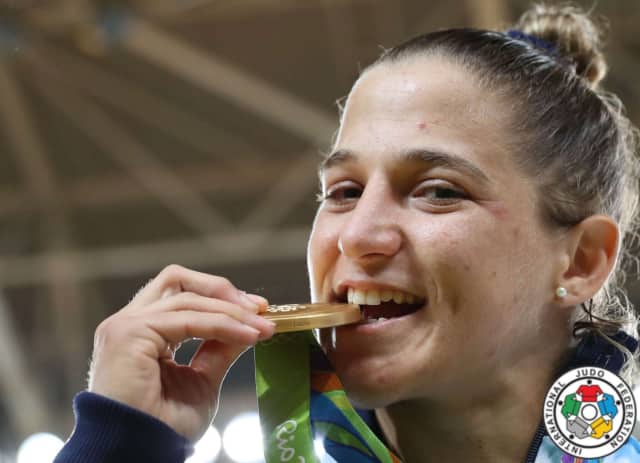 Above: Paula PARETO (ARG) will compete during the weekend in Ekaterinburg

Other major judo nations have registered their champions in the Yekaterinburg Grand Slam. Brazil will be present on the banks of the Isset River with its 16 best athletes, while France will also be there with a team that promises to be competitive on paper at least. But at the sight of the Japanese selection that is registered, the question that remains unanswered is: who can beat the ABE Hifumi, World Champion 2017, or ENDO Hiromi, whose Russia remains one of the best memories since she won the World Masters in Tyumen. But it was in 2013 and since then a lot of water has flowed under the bridges of Russia.

Kazakhstan, Mongolia or Romania will be in Yekaterinburg with real hopes of medal. Other nations will only travel with a small delegation, such as Argentina. But what a delegation, since it is the reigning Olympic Champion, Paula PARETO, who was recently designated as Model Athlete of the Youth Olympic Games to be held in Buenos Aires next October, who will compete this weekend.

Another Olympic Champion, the Italian Fabio Basile, who created the surprise in Rio and is now trying to get back to the level that had made him achieve his Olympic dream, will be in action. Among the favorites to the gold medal, there will be Toma NIKIFOROV (BEL), but the French Cyrille MARET or the Hungarian TOTH Krisztian will also be there and once again the category of -100kg promises to be particularly disputed.

How not to mention Croatia, the Czech Republic, Georgia, Germany, Great Britain, Iran or the Netherlands who have every chance of being in the final medal standing of a competition that will run over two days and whose rhythm, we can announce it, will be very high.

The world ranking points gleaned in Ekaterinburg will not count for the Olympic qualifying that will start in May at the Hohhot Grand Prix, but they will give a more precise idea of ​​the forces of a season that is already breathtaking. Two weeks after Russia, the world circuit will stop in Georgia, then Turkey before taking a break to allow the Continental Championships to take place. Enough to feed discussions and prognosis on who will be the great champions of tomorrow. It is not impossible and even likely, that some careers are being built right now and, just for that, the Russian Grand Slam will be crucial.