Pirates of the Black Sea

Written by Pedro Lasuen on 29. Apr 2022
Share
Yes, we know that Sofia is not a coastal city, but somewhere you have to disembark before going inland. This time there was no warning notice. France entered the European Judo Championships like a pirate ship in a Black Sea port. It wanted to take the jewellery, the crockery, the money, the gunpowder and the rum reserve; something like "bonjour, ippon, au revoir and see you on Saturday." 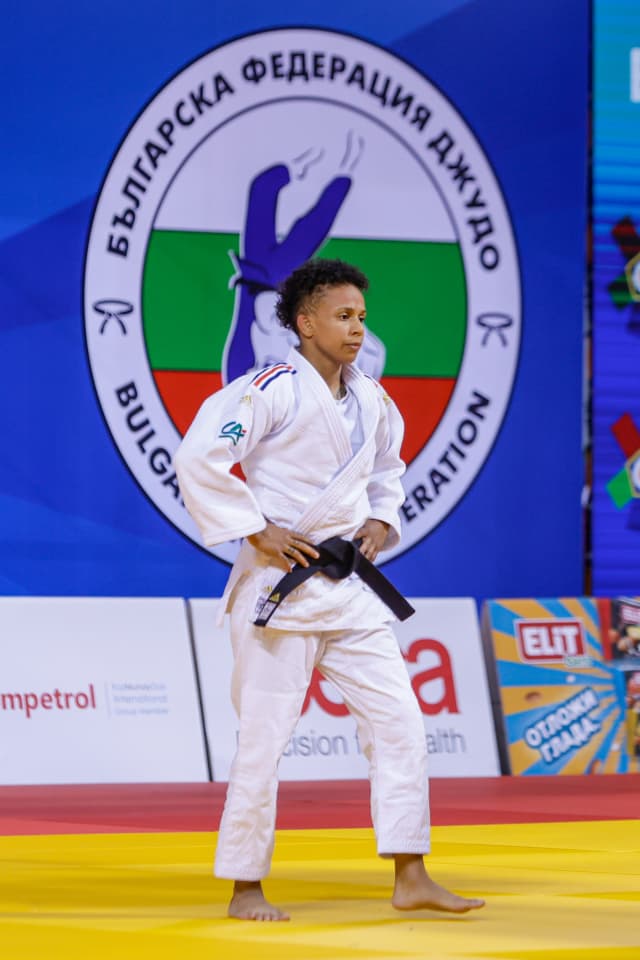 It was known of the enormous potential of the French women's team and that it had mobilised its best swords for the occasion. If the adversaries were warned, nobody seemed to know, or they could not stop the offensive. There was not even a crescendo sequence, from less to more, for that of giving excitement to the tournament. There were three devastating blows in the three women's categories, one gold medal and two silvers.

Shirine Boukli is getting a Blackbeard face. They say of the French woman that she is in a process of growth, that her judo is very good, but she has room to improve. After an Olympic year with ups and downs, in 2022 she is making her mark on every port she passes through. Her toughest fight took place in the semi-finals, against the Spanish Julia Figueroa. It was a very technical set, pure judo, proof of this is that no shido was recorded until the golden score period. It was then that Boukli finished off the attack with ippon. In the final awaited the Portuguese Catarina Costa, a caliber similar to that of Figueroa, but whose defence system did not offer resistance against Boukli.

The most feared pirate in Sofia was called Amandine Buchard. The Frenchwoman has led the world ranking with an iron fist for two years. In Bulgaria she was defending the spoils she won last year and it was not an easy task. In the second round, Buchard had to get past Distria Krasniqi, Olympic champion at –48kg, who has made –52kg her new home. Buchard had two shido against her and very few openings. She had to wait for golden score to recover the advantage, forcing two penalties against Krasniqi and finishing with a third penalty that opened the path to re-conquest. The fight showed that every detail is crucial and that in this type of competition danger lurks long before the final. There she faced a corsair who is also making waves, the British Chelsie Giles, who wanted to change the "bonjour" for a “good afternoon Europe and God save the Queen.”

The thing with gold is that, once tasted, it has an addictive taste. Although not always possible, Buchard does not like to mix with other scents. In Europe, until now, the gold ration was her daily bread but the thing with gold is also that everyone else wants to taste it. It was a sensational fight, either of them could win, no-one dominating. In a tense, five-minute-plus golden score, Giles proved that Britain ruled the Oceans for a century and a half. 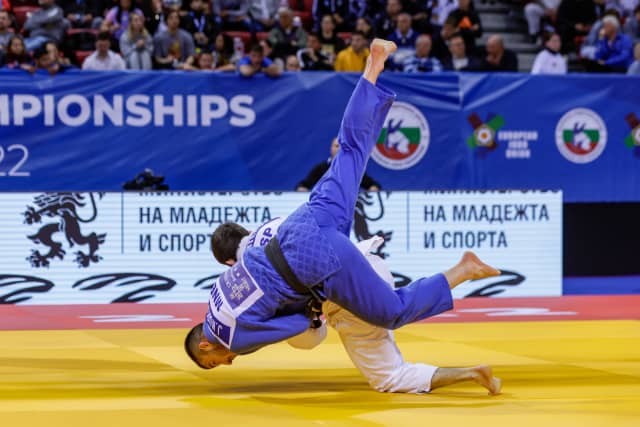 The third french pirate galleon was captained by Sarah Léonie Cysique, Olympic runner-up, like Buchard and with the same ambitions as her compatriots. Of the three, Cysique had the quietest day, if such a thing can be claimed in judo. Let's say she spent less time on the mat. If some thought that in the final Timna Nelson Levy would be a formality, that is not knowing the Israeli sailors. Nelson Levy nullified Cysique with a waza-ari and that shock wave dismasted the French vessel. She then set about managing her lead and left the Frenchwoman with a silver haul that didn't taste the same as gold.

What should have been three Marseillaise ended in one, enough to prove that one does not live only on reputation, no matter how hard it may be.

On the other hand, with a gold and two silvers, France’s women concluded the assault leaving a message such as, “be careful, we have more companions ready to disembark on Saturday.”

The performance of the French women was not seconded by the men's team, which has not dominated the seas for a few years now. A slump that, in Bulgaria, coincided with the resurrection of the Invincible Army.

Bulgaria has also been the place chosen by Spain to disembark. Francisco Garrigós has grown fond of the European Championships. The Spaniard already has five medals in the continental tournament and he wanted to defend the lost honour from 2021. His day was perhaps the calmest, with quiet waters, no waves, no wind and few boats on the horizon. In the semi-finals he beat Georgian Lukhumi Chkhvimiani for the sixth time, who, as he continues like this, is likely to start changing course as soon as he sees the Spanish galleon. The real stumbling block was in the final, because the Bulgarian Yanislav Gerchev decided that strangers would not enter his house, no matter how well known they were abroad. Garrigós entered without knocking and went to the kitchen, emptied the refrigerator and returned to the ship. His first European title came after a masterful lesson in control and cold blood.

Apparently the Spanish also wanted to unearth treasures in Bulgaria. Alberto Gaitero Martín added silver to Garrigós' gold and this was unexpected. Gaitero Martín went against all odds and defeated the huge favourite of the tournament, Denis Vieru. The Moldovan leads the world ranking and for some time now seemed untouchable on the tatami. The Spaniard put in a fabulous performance to put Vieru aside and make it to the final. The rival for the gold was the Ukrainian Bogdan Iadov, who in turn, rang the bell by eliminating the Israeli Baruch Shmailov in the quarter-finals. Iadov proved, in case anyone hadn't heard, that Ukraine is not what it seems, not only defends fervently, but is also capable of attacking well. Iadov scored an ippon that sounded like a knock and stopped the Spaniard's fleet.

There were bronzes, not everything is gold and silver in life and the remains hoisted sails and headed towards the four cardinal points. One for France and one for Spain, because once you win, you have to go for everything, whatever colour it is. Belgium, Kosovo, Croatia, Italy, Moldova, Belgium and Georgia also bit metal.

What began with a monologue in the language of Molière ended with “hasta pronto” made in Cervantes and the irrefutable proof that there is room for everyone, even if a few are masters and commanders.