Written by Nicolas Messner on 28. Sep 2021
Share
Kosovo now has its own judo training centre; a brand new centre inaugurated on Tuesday 28th September in the presence of the IJF President, Mr Marius Vizer, the President of Kosovo, Mrs. Vjosa Osmani, the Prime Minister, Mr Albin Kurti, the President of the NOC, Mr Ismet Krasniqi and the Minister of Youth and Sport, Mr Hajrulla Ceku. The IJF President was accompanied by the IJF Director General, Mr Vlad Marinescu. 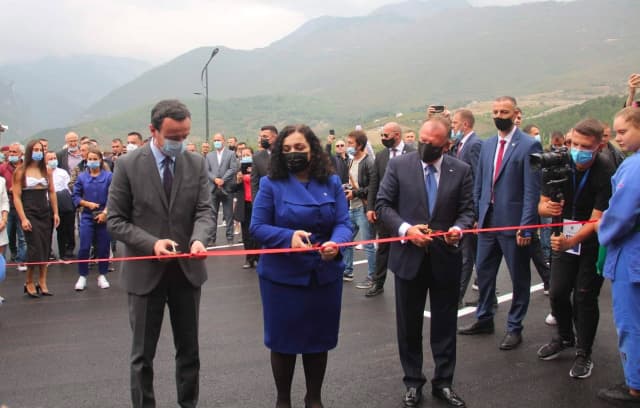 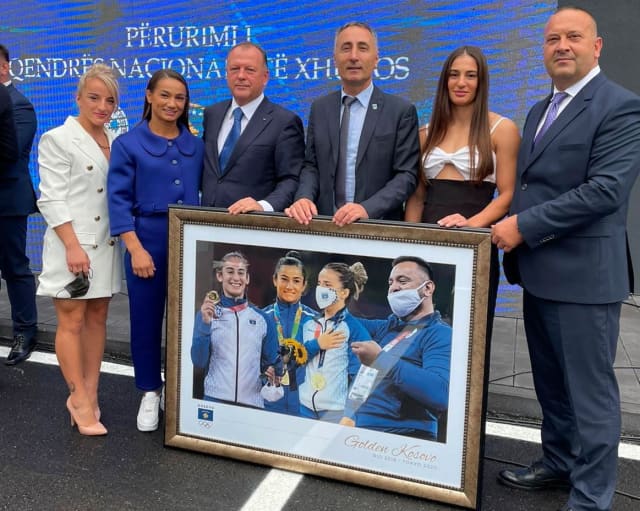 In his address, President Vizer said, "Over the years, Kosovo has become a model of both sporting and educational development. The results achieved by national athletes are the fruit of the daily work of enthusiasts of judo and sports, which from the start had the unwavering support of the country's authorities.

Olympic gold is a dream for many athletes. You have already achieved it three times, without mentioning the world medals. Congratulations! This training centre will be one more tool for development and performance available to Kosovan judoka and the country as a whole." 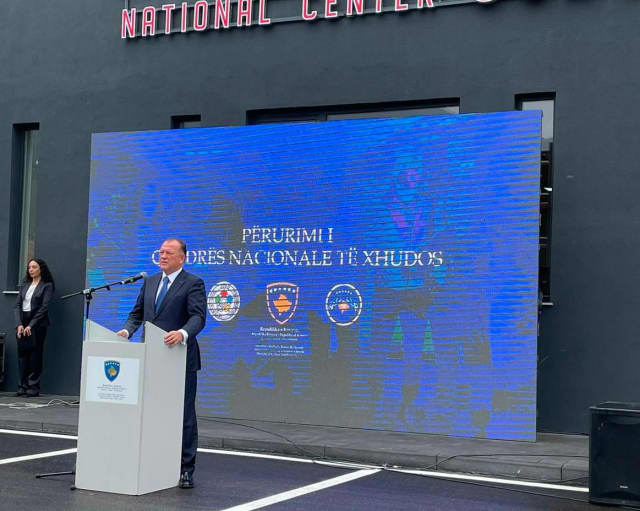 It must be said that the Kosovan athletes truly deserve this new training centre, located in Peja, in view of the results obtained by competitors who shine each time they go out on the international scene. In fact, the entire Kosovo delegation at the Tokyo Games was made up of judoka.

It all started some years ago with the performance of Majlinda Kelmendi, the first Olympic champion in the history of Kosovo, across all sports. It was in 2016 in Rio. This summer, two new athletes have added their names to the pantheon of international judo, as Distria Krasniqi, 25, and Nora Gjakova, 28, won gold in their respective categories of -48kg and -57kg at the Tokyo Games. 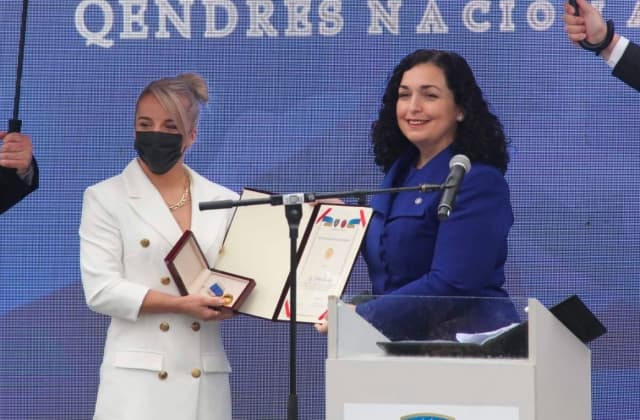 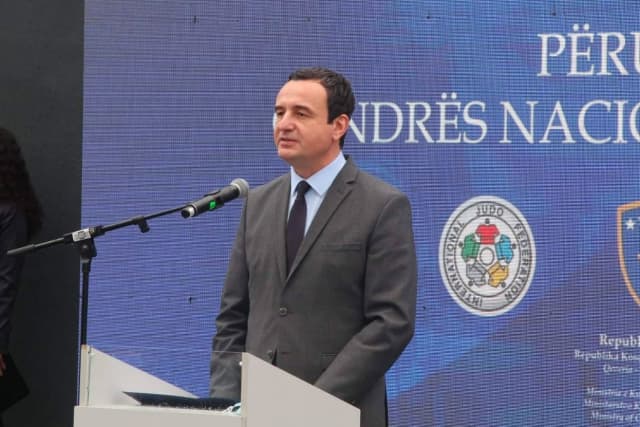 This exceptional feat is the fruit of the hard work carried out for years by the Judo Federation of Kosovo, led by Mr Agron Kuka, whose brother is the emblematic coach of the national team. Both were also present at the inauguration of the training centre. Today the country has about 1.8 million inhabitants and also has many judo schools and clubs, judo having become a real national sport. Kosovo now has a new exemplary development tool.

Driton Kuka explains, "At first I had to act as a coach, psychologist, physiotherapist. We didn't have what it takes for top level sport, with a hall with a leaky roof and bad mats. The situation has changed, thanks to the support of the International Judo Federation and the country’s authorities. Judoka will now be able to train in a light venue, on beautiful red and gold tatami." 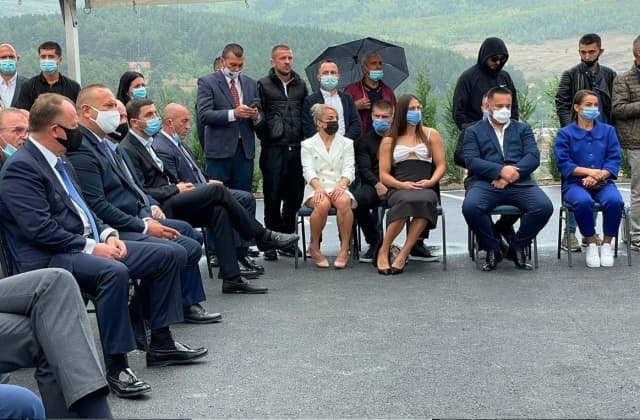 During the ceremony Mr. Vizer and all the guests were able to discover that the centre was located on Marius Vizer Street, in tribute to the unwavering support of the IJF President, from the very first steps of the national judo federation. President Vizer then presented to the Kuka brothers, Agron and Driton, the IJF gold medal, the highest distinction of the international body. Then the official statues of Jigoro Kano, designed by Herend Porcelain, were presented to the three gold-medal-winning athletes. The latter and Driton Kuka received the Kosovo Presidency Medal for their achievements. 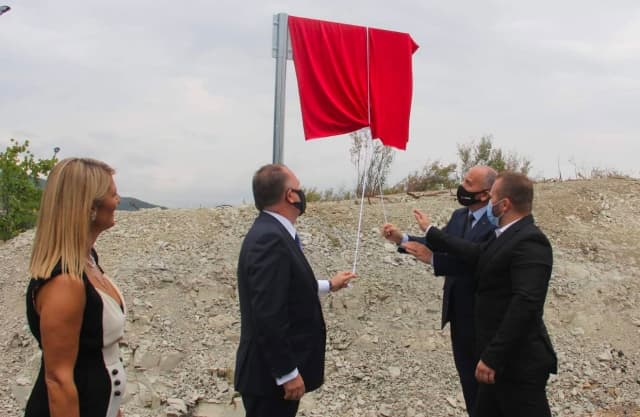 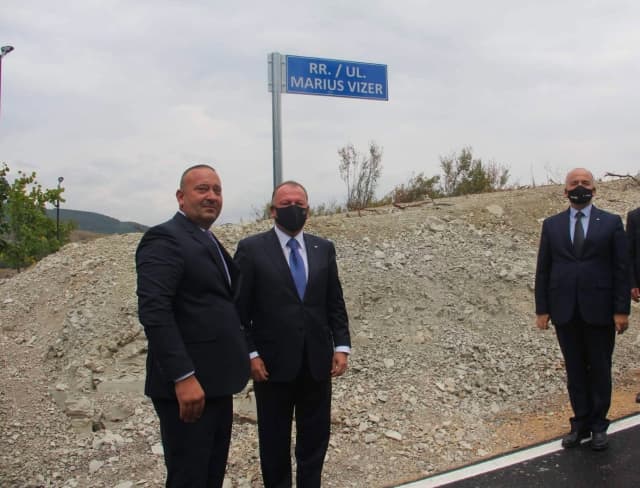 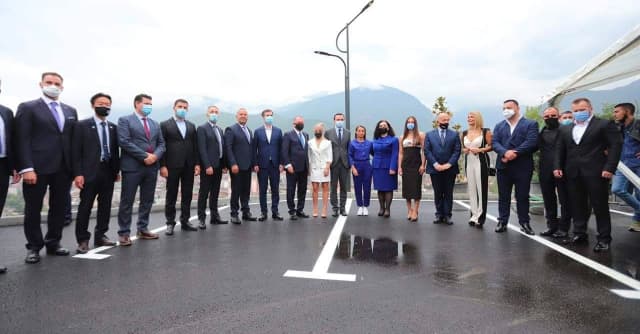 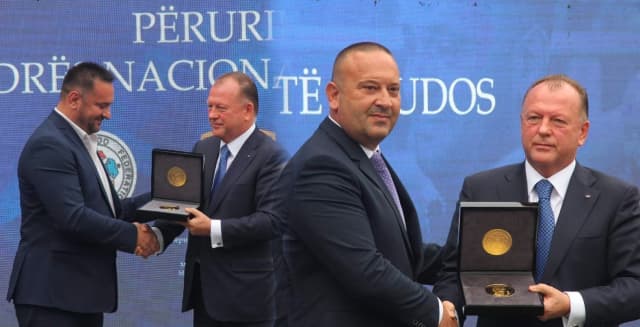 In just a few years, Kosovan judo has carved out a place of choice among the international elite. The results of Majlinda, Distria and Nora not only made it possible to fly the national flag with honour, but they now inspire a whole new generation of children who only dream of one thing, to be in turn world and Olympic champions like their national heroes.