Written by Nicolas Messner on 25. Sep 2021
Share
On Friday 24th September 2021, before attending the opening ceremony of the 2021 Zagreb Grand Prix, Croatia, the Prime minister of the government of the Republic of Croatia, Andrej Plenkovic, met with representatives of the International Judo Federation and the Croatian Judo Federation. 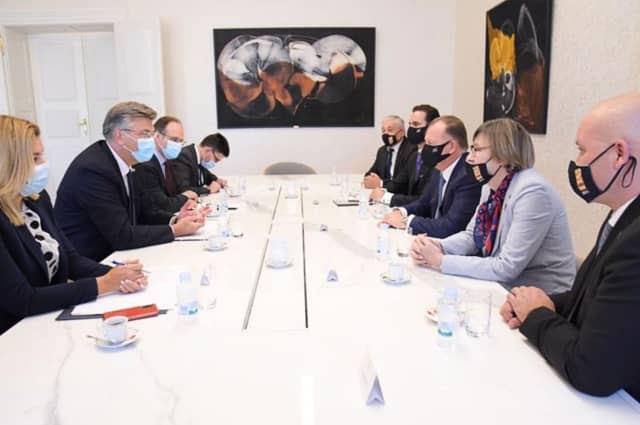 During the meeting, organised at the Prime Minister's office, the guests discussed the Grand Prix in Zagreb, a competition that is important for the promotion of judo and Croatia in the world and which was then officially opened by the Prime Minister at Arena Zagreb.

The President of the International Judo Federation, Marius Vizer mentioned a number of changes in the rules that have been introduced over the past years to make judo more attractive to a wider audience and presented about the importance of judo education around the world. 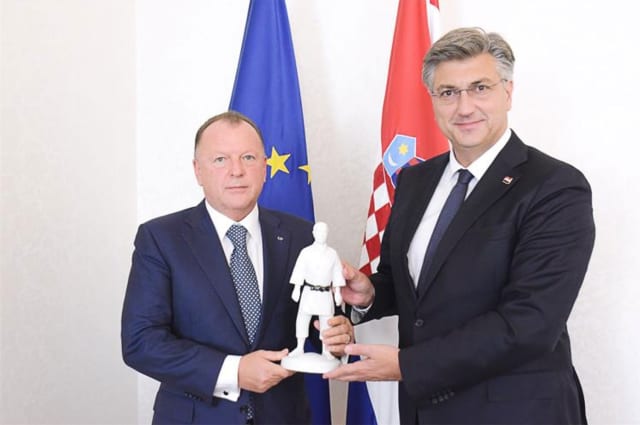 All participants of the meeting emphasised the importance of popularising judo among young people and commented on the great success of Barbara Matic and the gold medal she won at the World Championships in Budapest, which is an exceptional achievement for Croatian Judo.