Resting on Each Other's Shoulders

Written by Jo Crowley on 10. Nov 2022
Photographs by Gabriela Sabau
Share
The IBSA World Judo Championships for Teams is different from other team events. Accommodating athletes from both sight classifications, being sympathetic to delegations still developing in the realms of visually impaired judo, encouraging inclusion, ensuring referees and officials are well versed in the systems and processes required to officiate with blind athletes, are all considerations that have an impact on the final efficiency, image and enjoyment of the day. In Baku, it has been done well!

Team spirit and good judo are the front-runners, the priority, pushed to the fore by smooth organisation and the acceptance of community responsibility among all those present. There is no better illustration of the power of sport and particularly judo, nor of the immense power of our judo family to do what is right and continually push the boundaries, widening the judo sphere and fading out the limits some may perceive exist here. 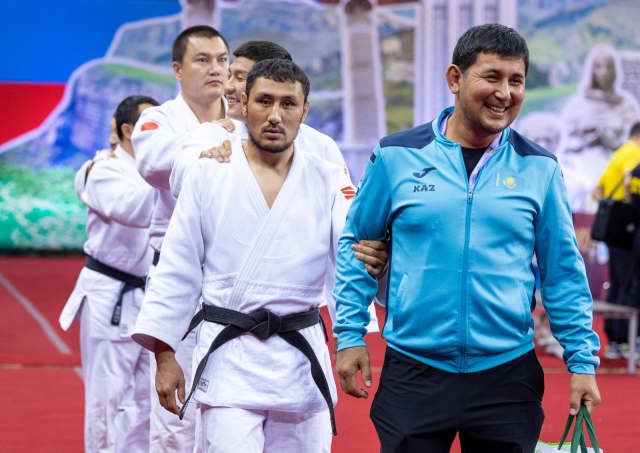 There are special differences between the IJF World Judo Tour and the IBSA events. In Baku we notice the way teams enter the mats, guided by coaches at the front and by each other, from the first to the last member of the team. Each rests their hand on the shoulder of the athlete in front and no-one is left behind. This reliance is accompanied by a great deal of trust. No-one doubts the effort of another and everyone is certain that their team will be there for them, always. There is also an incredible amount of patience. Everyone waits, for others to finish whatever they need to do, for translators to sign or speak for them, for the finish of activities that perhaps exclude them, they wait. Impatience seems to have been banished from this kingdom, replaced by tolerance and genuine understanding. The pace and rhythm of life is different and as we know, different is neither bad nor less. 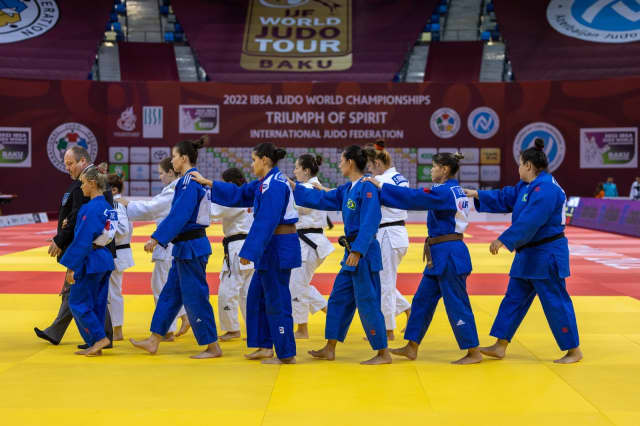 In this context, moving on to a simple report of the finals becomes an inherently rich read. Mr Kamal Mammadov of the Azerbaijan NPC told us that to become disabled can shake a person’s belief that they are useful within society. At a judo team event, there is no doubt. Each member of the team contributes to the team experience and whether individuals win or lose, they give their whole selves for the good of the team and this generosity of spirit is appreciated and reciprocated. There are many day-to-day challenges that appear for a person without sight, but in this arena the challenge is judo, just as it is on the WJT. The referees and coaches take care of the rest. 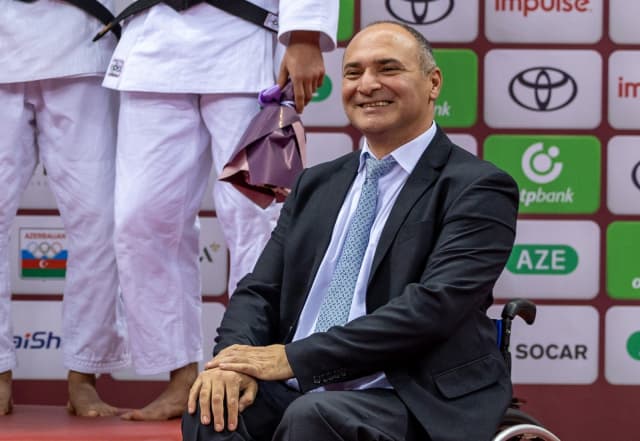 In the women’s event the final was as close as it could get. Initially it was drawn, 3-3, between Ukraine and Brazil. Even being two team members down throughout the day, the Ukrainian team didn’t allow their disadvantage to hinder them. In the random draw of an extra contest to decide the overall winners, the J1 -57kg fighters were recalled. In the initial match the score had gone to Nikolaychyk (UKR) in only 24 seconds but in the refight it wasn’t so easy and Silva (BRA) found a new inner strength with which to fight off all advances. In the end though the result went the same way and with over 4 minutes of golden score behind them Nikolaychyk finally found the right position from which to throw and scored waza-ari, winning gold for the whole team. 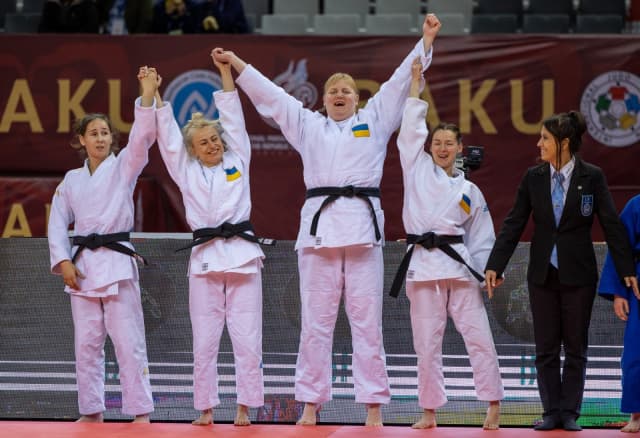 Having gone 2-0 up from the first two contests, the home team looked set to whitewash the event and dominate for gold but Turkiye’s men had other ideas and balanced the scoresheet at 2-2. Paralympic champion at -81kg Rahimli then stepped forward. He had fought at -73kg in the individual tournament but took the brave decision to fight up at -90kg in the team event. It paid off and he beat Turkey’s Sevinc by two waza-ari to again bring Azerbaijan the lead. Next up were the J1 +90kg judoka, Zakiyev (AZE) and Tastan (TUR). Both men felt the pressure, one to bring home the win and one to save his team from defeat. The home energy was too strong and Zakiyev didn’t ease up for even a moment with attack after attack. The final penalty for Tastan elicited a great cheer from the tribunes. 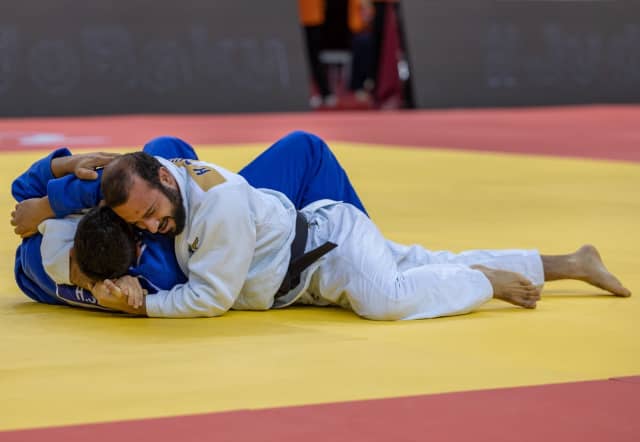 It is fitting that the last final of the entire week in Baku, from the IJF Baku Grand Slam to the IBSA World Judo Championships, saw gold brought home to Azerbaijan. The organisers have done a fabulous job throughout, ensuring equal access to all no matter the challenges faced by the athletes competing here. 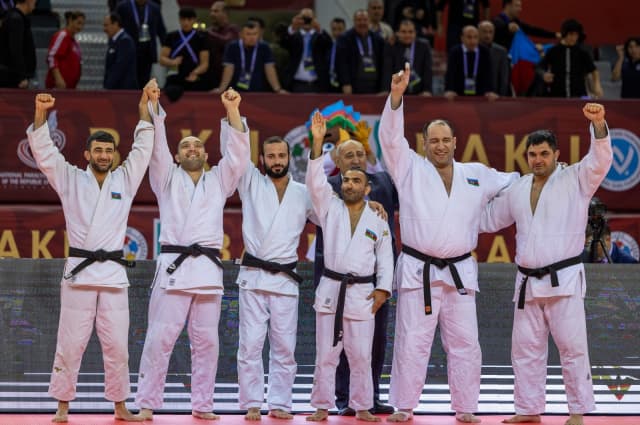 Victory for the home team

“Nobody is superior, nobody is inferior, but nobody is equal either. People are simply unique, incomparble. You are you, I am I.” ~ Osho