Written by Pedro Lasuen on 27. Jan 2022
Photographs by Gabriela Sabau
Share
Organising a tournament at the highest level is serious business, reserved for professionals. It is the first time that Portugal has organised a World Judo Tour tournament, but the country has experience with other events and that helps. Welcome to Lisbon, where judo gets underway in 2022! 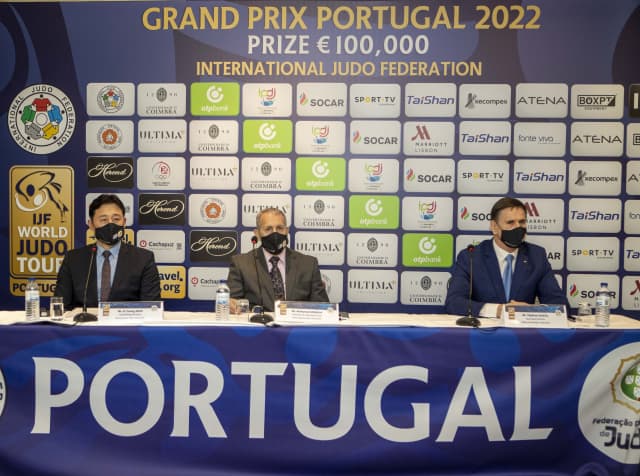 The draw for Grand Prix Portugal, which is the name of the event, took place as usual and brought some surprises, as always and something else that we left for the end, so you’ll read us in one go.

Mohamed Meridja, IJF Education and Coaching Director, represented IJF President Marius Vizer and he explained things well, “Last year Portugal organised the World Championships for kata and for veterans. That is why we fully trust in the predicted success of the first tournament of the year.”

For his part, the President of the Portuguese Federation, Jorge Fernandes, “took on the challenge as something normal, but seriously. We sincerely appreciate the confidence of Marius Vizer. Everything will be fine.”

The presentation was also attended by Filipe Pacheco, Councillor For Sports Almada Municipality, who explained the three reasons why the tournament is important, "It is an opportunity from a tourism point of view, it is a challenge for culture and sport and it is something positive for society.” Short and direct messages are always the best, said a certain Churchill.

From the tournament we can say that there are 301 athletes, 179 men and 122 women, who will fight for three days. The competition will begin on Friday at 10:00, continue on Saturday from 11:00 and end on Sunday from 11:30 until the close of the final block. 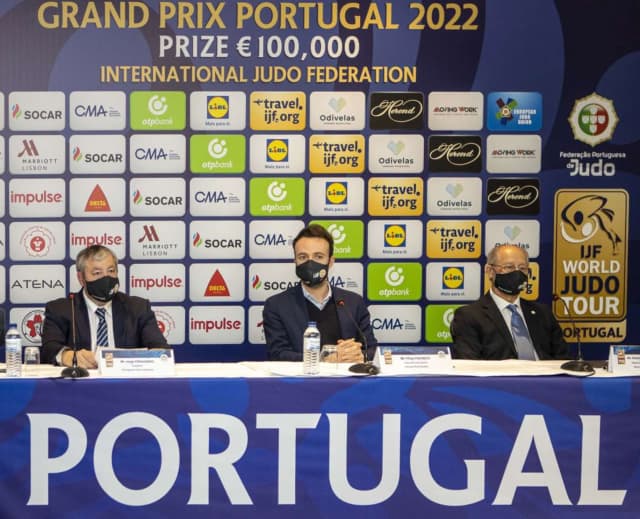 It remains to talk about the surprises and some interesting details.

There are illustrious names, such as Distria Krasniqi. The Kosovar is Olympic champion in -48kg but has come for the title in -52kg, the category in which she is most comfortable. There are also the first two in the world ranking at -66kg, the Korean An Baul and the Moldovan Denis Vieru. This smells like a high karat ending. The Belgian and world champion, Matthias Casse, appears as the clear favourite at -81kg; we will see how he is doing.

Now, since we are talking about world champions, here comes the surprise. We had announced a possible head-to-head between the current champion at -100kg, Jorge Fonseca, who also competes at home and the Spaniard Nikoloz Sherazadishvili, his counterpart at -90kg, who is taking his first steps in the heavier category. What we had not anticipated is that they would do it in the second round. For this the Spanish will have to win a first match. If he does then he will know right away, without delay, what –100kg means. At this moment we ask his coach, Quino Ruiz, what he thinks. “Since he was not seeded, we knew that he could play with anyone. To be champion you have to beat everyone. He has had a tough draw, but Niko is very well prepared.”

We have a curiosity: the presence of the new French champion in the same category. His first name is Joris and his last name is Agbégnénou, which surely sounds familiar to all of you. He is the little brother of Clarisse, a five-time world champion and Olympic gold medallist. 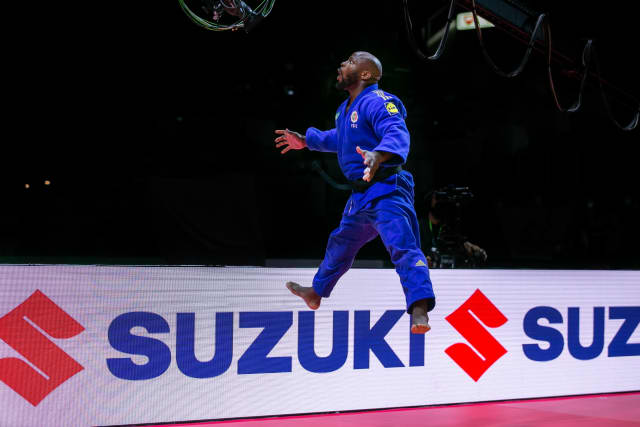 Since we are in the spicy stories, we cannot stop talking about Scott Cusack, son of Billy Cusack, Sally Conway's British trainer, who is now also a trainer and on her first mission, has her hands on the Swede Tommy Macias, who has changed category and in his first match at –81kg, will face, surely you have already guessed it - Scott Cusack. The truth is that the draw looks like a successful Venezuelan soap opera where everything is possible, especially the impossible.

To end well and continue with that touch of seriousness claimed at the beginning, we highlight the words of the IJF Head Referee Director, Jeon Ki Young, who said that, "It is our responsibility to make sure that the rules, including the recent updates, are applied, to make sure we have the correct winner.”

No pressure then, as many would say; it is what judo has in its professional version: if it were easy everyone could do it well.