Written by Nicolas Messner, Jo Crowley, Leandra Freitas on 07. Mar 2021
Share
If you were not with us on the second day of competition in Tashkent, see what you missed.

What an extraordinary ippon against Anka Pogacnik (SLO). We know that the Slovenian women are very resistant and their physical and tactical judo style is high-performing. Yesterday, though, Gulnoza was on fire. For sure, fighting at home gave her extra motivation, but all day she was creating beautiful judo, generous and with the desire to throw all opponents. When she couldn’t, she did everything to resist, like in the semi-final against former world champion ARAI Chizuru. The lack of experience was one of the factors that, in the end, offered the Japanese judoka the possibility to continue on her way to the final. Nevertheless, Matniyazova made history by being the first female athlete to win a grand slam medal at home for Uzbekistan. This can inspire young girls to get more involved in judo, utilising the Judo in Schools’ programme and being part of this educational sport. Women’s judo exists in Uzbekistan and this is just the beginning.

Video of the ippon for the bronze medal: CLICK HERE 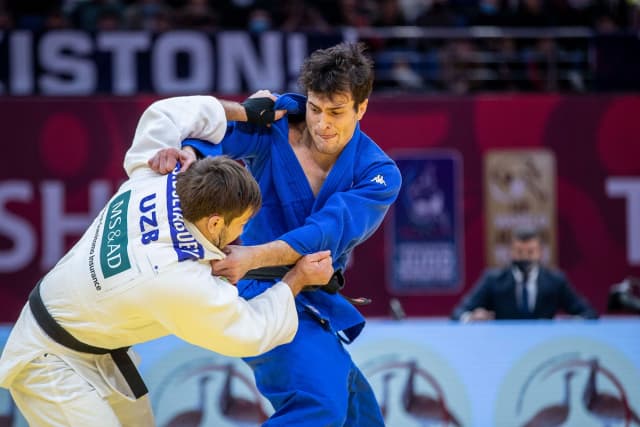 2- Parlati (ITA): 23 years old and winning his first gold at a grand slam. He is the first European judoka to win gold here in Tashkent

Asia is on fire here in Tashkent, but yesterday we saw the first gold medal for Europe. Asian countries are here, competing on their continent and this made Parlati’s -81kg victory even more of a surprise. If throwing former world champion, NAGASE Takanori (JPN), for ippon in the semi-final in only 50 seconds wasn’t enough to raise eyebrows, he also threw home favourite Sharofiddin BOLTABOEV (UZB) by waza-ari in golden score, against the crowd and against all odds. One thing has been highlighted and if you watch Parlati in future competitions, keep your gaze fixed on his atypical o-uchi-gari. He executes it with a knee on the floor, with perfect and agile rotation, surprising all his opponents, even with the experience of Nagase. Take a look at that semi-final here: CLICK HERE

We know the Japanese athletes are used to giving us their ashi-waza, visible in all their matches; they are among the best athletes in the world at these techniques, including the preparation phases and the Kuzushi.

Yesterday, at -63kg, Tashiro was no exception; nobody could stop her and that amazing ko-soto-gari. Tashiro has her eyes focused on Tokyo and maybe her ashi-waza will be enough to stop 4-time world champion Clarisse AGBEGNENOU (FRA). For reasons like these, we can’t wait for the Olympic Games to begin.

Video of the ko-soto-gari of TASHIRO Miku (JPN): CLICK HERE 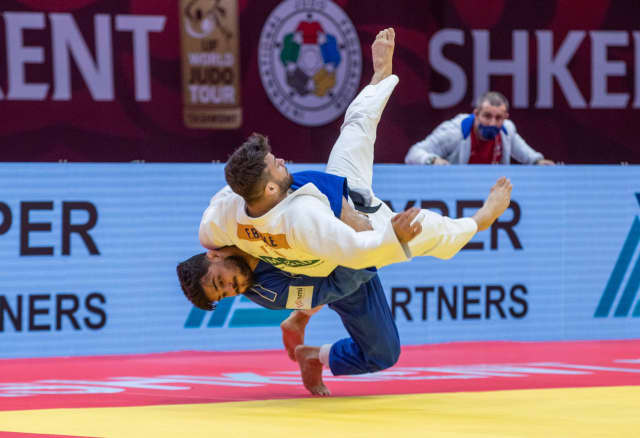 We all know the Rio Olympic Champion at -66kg, Fabio Basile and his amazing judo. At -73kg we are seeing him growing and trying to take the lead in the category and this is challenging. Fabio has a lot of confidence and definitely has a winner’s mentality. Judo is the most important priority in his life and he is here to show it. As he often says, "I am always ready." Fabio is respectful and loved by all, but yesterday he had a day like we haven’t seen before. The man responsible for Basile’s unfortunate day, is the Frenchman Guillaume CHAINE. In the second round of the -73kg category the venue froze; what a throw! An enormous ura-nage! Take a look at the fight again and you will understand what we are talking about!

Lets go back to the -70kg category, where ARAI Chizuru (JPN) didn't have an easy day. In the quarter-final we watched her in a match against the Hungarian judoka, GERCSAK, another conclusion to a contest that froze the venue. After the standard 4 minutes they added almost 8 minutes of golden score! That is quite impressive, physically and mentally. GERCKSAK was resisting, producing good judo, taking initiative with attacks, with her left o-goshi,  but we noticed at the end of the match that she was the more tired of the two and ARAI took advantage of that. In total, from the first rei to the last, the duration was 19:34. This was a high quality contest and worth every minute of our time.

Video, if you have 19:34 of your time to review the match:  CLICK HERE 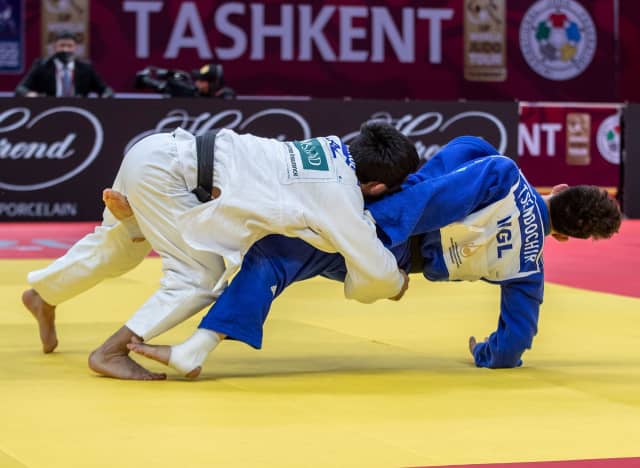 Zhansay SMAGULOV (KAZ) has no reason to be sad because he took home a beautiful silver medal, but judo fans got confused yesterday. This man has thrown in the final, during the golden score period.  It was a big throw and a spectacular one, but rules are rules and we need to follow them. After such a heated and emotional struggle, the Kazakh succeeded in bringing down his Mongolian opponent. Waza-ari was announced and we could see the joy of the athlete. We could also observe TSEND-OCHIR signalling about the legs. The referee supervisors were already looking closely at the video, to see if the action was with infringements from touching the leg or if it was simply a beautiful o-uchi-gari at the right moment. On the big screen of the venue, everything was clear and the hand could be seen as it slipped on to the leg. Rules are rules! The third penalty was announced and victory and the gold went to a happy Tsogtbaatar TSEND-OCHIR (MGL), along with 1000 points in the pocket. Video: CLICK HERE

At every event there are significant moments; simple ones just showing the beauty of judo and more complex ones that impact future selections and the make-up of Olympic teams. There are emotions on display and we are privileged to be present as history is made again and again. To archive these moments in our memories is natural and shapes fuels our continued love for judo.