Solidarity is Actually the Name of the Game

Written by Jo Crowley on 14. Aug 2022
Photographs by Gabriela Sabau, Fawaz Alenezi
Share
Konya in Turkiye is the host city for the 2021 Islamic Solidarity Games but we can see the obvious anomaly, that it is not now 2021. The city worked incredibly hard to prepare their population for the Games last year but as has been the case all over the world, the Covid pandemic put paid to all best laid plans.

However, there is resilience here in this beautiful medieval city and this 5th edition of the Solidarity Games now goes ahead, albeit one year later than originally scheduled. 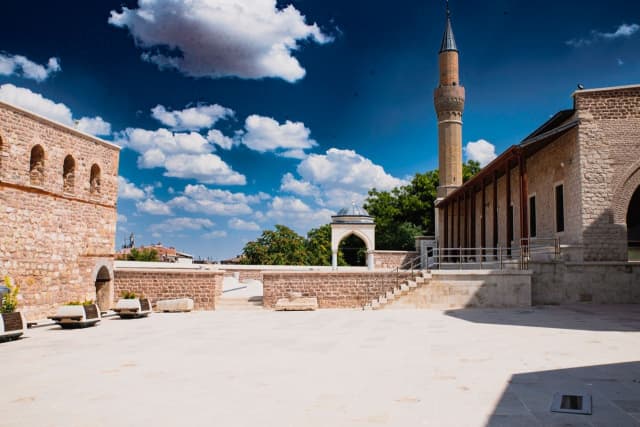 There is a buzz about town and the local people are eager to talk to visitors and find out about their sports and nations. At the official judo draw it is no different. There are old judo friends catching up but with many smaller judo nations present, there is also a feeling that the mingling and new contacts are being celebrated.

Dr Lisa Allan, IJF Events Director, opened the draw by introducing some of the guests present, “Welcome to the competition draw here in Konya, for the 5th Islamic Solidarity Games, organised by the Turkiye Olympic Committee.” 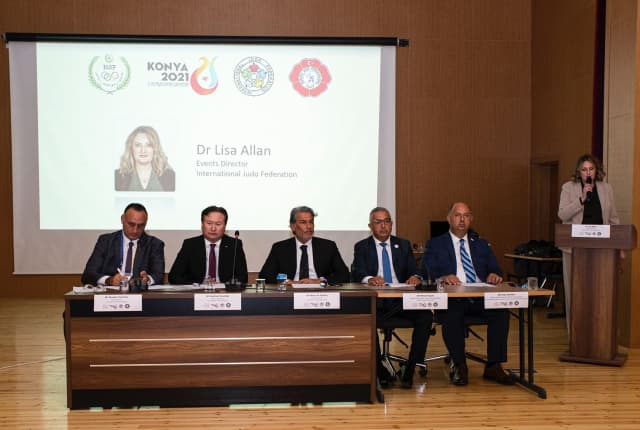 Lisa then offered the floor to the IJF General Treasurer Mr Naser Al Tamimi, “Dear judo family and IJF colleagues, I first thank the Turkiye Olympic committee for organising this Games and thank you to the Turkiye Judo Federation for their invaluable support. I would like all of you to have a good time here in this beautiful city.”

Mesut Kapan, Turkiye Judo Federation General Co-ordinator and the judo competiton manager for these Games, continued by wishing all participants the best of luck before his federation advisor and IJF Military and Police Commission Director, Mr Kaya Gezeker, really got down to business, “On behalf of the Turkiye Judo Federation and Turkiye’s judo family, welcome to our beautiful city of Konya, which has hosted many civilisations and cultures for hundreds of years and where the Islamic scholar Mevlana also lived. As Mevlana said, ‘Not the ones who speak the same language but the ones who share the same emotions can understand each other.’ We are lucky that our judo family speaks the same language and shares the same emotions all over the world.”

Mevlana may have hit the nail on the head all those years ago, even before judo galvanised its values. At this Games there is certainly a shared understanding that is hurdling all language barriers.

On to the more practical side of the draw, Dr Lisa Allan delivered the competition start times and a number of other logistical details, while also reminding those gathered that we are committed to fair play and everyone shares the collective responsibility to ensure that this is respected.

To continue the theme of fair play and shared understanding Bukhbat Mashbat, IJF Referee Supervisor, went on to say, “Dear colleagues and delegation members, on behalf of the IJF Referee Commission, we let you know that we have selected ten referees for the Islamic Games, all high level practitioners who are committed to ensuring the best decisions are reached. Judo is a real bridge for peace and solidarity has a strong meaning here. I wish all athletes and delegations l great success.”

Coaches gathered at the draw

Olympian Skander Hachicha (TUN), now IJF Sport Director, conducted the practical side of the draw, “We begin with statistics. There are 37 countries present, with over 200 athletes competing. The -52kg and -81kg categories are most well populated for women and men respectively. Now we are ready to draw the competition categories.” The draw ran smoothly for the individual categories and then also for the team competition, in which there are 12 men’s teams and 9 women’s teams participating.

In the individual section we can look forward to a possible final between Albayrak (TUR) and Boltaboev (UZB) at -81kg, both among the top 5 in the world and with 14 grand slam medals between them. It will be fun to see the rest of the group attempt to dethrone them, quite a task but they will try! 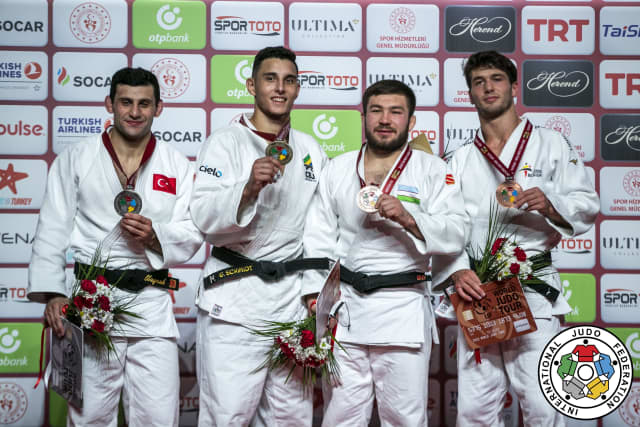 At -90kg there is a possible semi-final between Bobonov (UZB), currently 3rd in the world and an Olympic medallist, against Zgank (TUR) with his own world and Masters medals. Their styles are worlds apart and that tatami will enforced the closing of that space and it promises to be explosive, if no-one else on that side of the draw can upset the status quo.

It will be worth looking out for Gasimov (AZE) at -100kg too, who looks to be in the perfect position to add an international gold medal to his CV but let’s see what the others have to say.

The Senegalese Ndiaye at +100kg has been climbing and working for a long time now and here we find him as the number 2 seed with a good run to a possible podium finish. Senegal would be a proud nation to witness that. African countries are very well represented in Konya and there will undoubtedly be important medals one by a diverse range of delegations.

We may also be treated to a final match between Keldiyorova (UZB) and Iraoui (MAR) at -52kg. If they both reach their potential it will be a fast and furious contest with the Uzbek hunting throws against the Moroccan’s tactical game. The former was once cadet world champion, no small achievement, while the latter has been 3 times African champion. Experience versus experience is always tantalising. 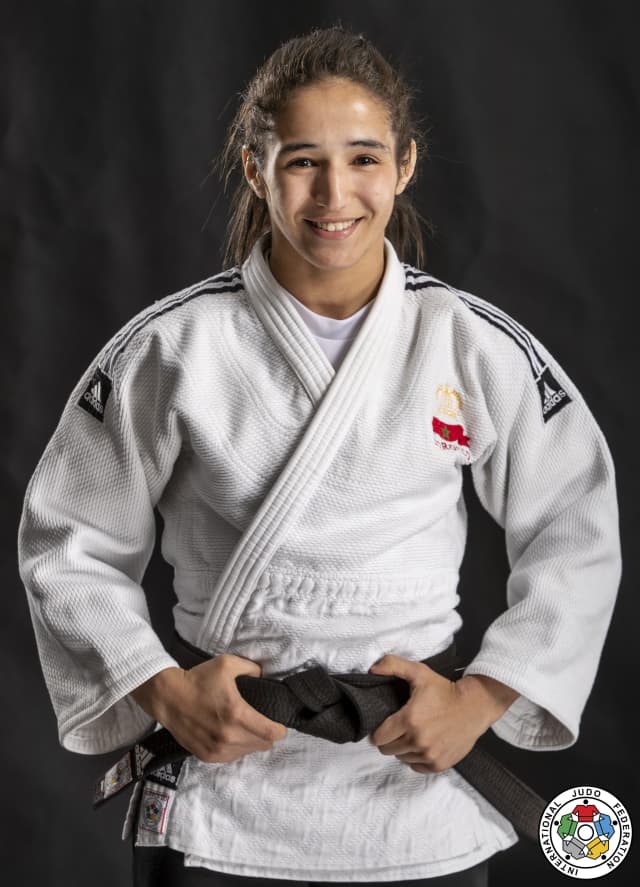 Dr Allan concluded the draw with an appreciation of the spectacle ahead, “It looks like there will be some really exciting contests in the coming days in both the individual event and the teams.“

The draw closed with a hum of discussion among the coaches, keen to get to work planning their competition days for their teams.

All results can be found via Konya2021.com. The competition will begin at 11am each day and the final block will commence at 4pm local time.

Technical Focus
The Importance of Tokui-Waza