Some Space and a lot of Pressure

Written by Nicolas Messner, Gabriela Sabau, Marina Mayorova on 23. Nov 2019
Share
Morgan Maury is a journalist for RMC Sport in France. He underlined for us the elements that were important for him after two days of competition. 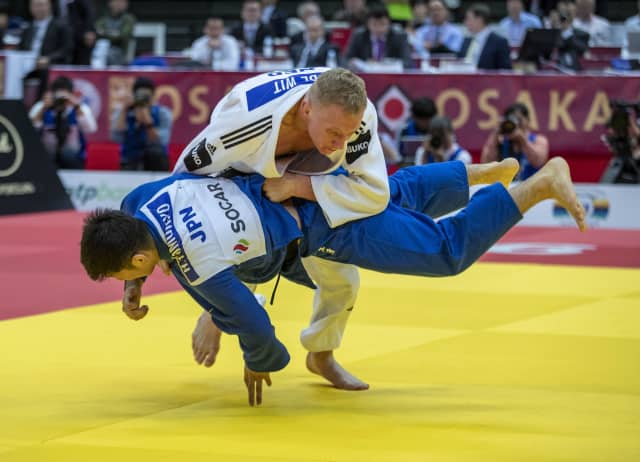 During the first days, there was a lot of emotion. This is partly due to the shock of personalities who were present and pressure they had on their shoulders, especially for some Japanese who played their qualification for the Tokyo Games. It was grandiose.

This second day was a little less spectacular, but as yesterday it is interesting to note that it is not necessarily the best-ranked athletes who win. The outsiders do not let go and keep hope that they can be on the list of Olympic qualifiers.

For example Ebinuma who is number three in Japan in -73kg, beats the number two in the absence of number 1, Ono. For women in -70kg, Ono Yoko, ranked lower than her compatriot Arai, wins the gold medal. It's the same scenario for Doi and Tashiro in -63kg.

Because of this internal struggle, the space for foreign athletes was a little bigger today, even though there are a few places left. When there are four Japanese per weight category, you have to be really strong to be on the podium. This allows me to highlight the extraordinary performance of Amandine Buchard who won yesterday ahead of the great Japanese favourite, who because of this defeat sees her qualification for the Games postponed.

The foreign athletes who are here are strong. You only have to look at the names of some: Valois-Fortier, Macias, De Wit ... they are all top competitors and very high level. But they do not win in Japan.

Nagase's day in -81kg was interesting. He has been injured and far from the tatami for a long time, but he is back and beautifully back. He seems to be the strongest, with a really good reading of his opponent's moves. I can not wait to see him during the Games, against the stars of the category.

Personally, I'm a fan of Ebinuma. This competitor is amazing and I'm trying to measure how much he has judo in his blood. He is difficult to decipher because he shows nothing, as well in victory as in defeat. In my opinion, he is the champion of the early 2010s and he is still here to win today. When you imagine, in -66kg, he was three-time world champion, and twice Olympic bronze medalist and now he's in -73 where there's the King Ono and Hashimoto. But he fights, he does not let anything go. You have to have a huge concentration and capacity to keep this motivation and always believe it's possible. 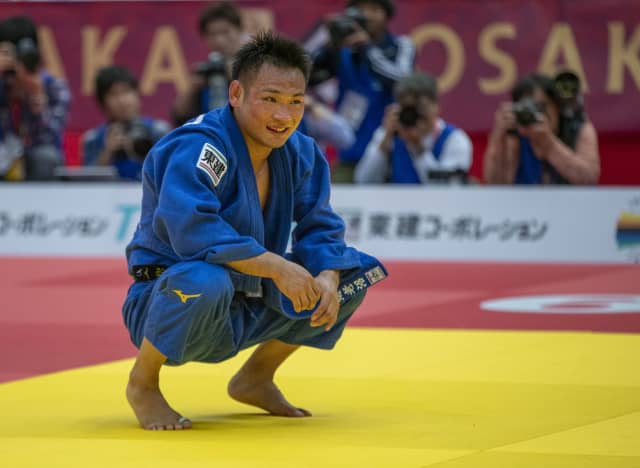 To win in Osaka, he shows once again that his ko-soso-gari is an unstoppable weapon. But I also noted that his transition tachi-waza/ne-waza was faster and it is also on the ground action that he won the gold medal.

It should be noted that a lot of big matches are won on the ground, especially today, after the standing judo festival on the first day. When the bouts go on and on in standing position, sometimes the solution is in ne-waza.

In spite of all that I have just said about my admiration for Ebinuma, all day long, we only thought of one man, Ono Shohei. Injured with his finger, he could not line up. But every round, we were imagining what he would have done. His demonstration at the last World Championships puts him on another planet, but could an Ebinuma or Hashimoto still pass him? If this seems unlikely, then Ono's opponents still seem to believe in their lucky star.

I was really happy to see Saeid Mollaei again today. I was happy to see that some 40 Japanese journalists were present to follow him. He already had a status apart since his world title in 2018. With the whirlwind in which he was trapped after the Worlds last August, he took another dimension that makes him a great character of the judo world. He was only 50% of his capacities today, but we have seen him enjoying being on the tatami. It feels good and promises for the months to come.

I still feel that in some contests, the referees give penalties too easily and that changes the face of the matches. Athletes know how to do it on their own, with their judo, without having to play too much tactically.

There are two movements that stand out. On the one hand the sweep movement of Hashimoto against the Olympic champion Basile during the preliminary rounds. The latter had until then resisted well against the Japanese block, but suddenly, out of nowhere, Hashimoto sent the Italian to the ground in a flash. The 'sasae' that Fujiwara performed against Mollaei was also of absolute beauty.

I note that Japanese women are starting to lose. So yes, they still collect the medals, but there are interesting tremors. There is a question of pressure here and I am curious to see how the Japanese team as a whole will be able to handle this as the Games approach. In July, the pressure will be huge.