A studious and relaxed atmosphere for the opening of the season

Written by Nicolas Messner on 18. Jan 2019
Share
The International Judo Federation has chosen the small Austrian town of Kitzbühel, known for its dizzying ski slopes, to launch the new season, at the dawn of an important year for judo. A opening that was studious while being relaxed, as the sun and snow alternated vigorously outside. 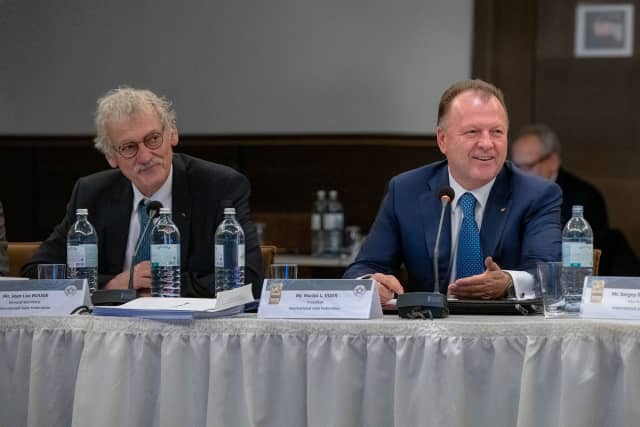 The past days were marked by several events, including the Mittersill international training camp, which saw more than 1000 athletes hurry on the tatami, the refereeing and coaching seminar (https://www.ijf.org/news/show/mittersill-2019-last-explanations-before-the-judo-show-starts) and finally the first executive committee meeting of 2019 held for two days, on January 16th and 17th, in the alpine resort.

All members of the IJF Executive Committee (https://www.ijf.org/ijf/organisation) gathered around President Marius Vizer, who opened the debate by wishing everyone a happy new year, before reminding them that 2019 will be an important season for the international judo community: "We are in the middle of Olympic qualifying. Every event counts and can decide the fate of our athletes. We will open the season next week with the Tel Aviv Grand Prix. This is the first time Israel will host one of the World Judo Tour competition, and it has a high symbolic significance. Then we will go to Paris and Düsseldorf for the first two Grand Slams of the year. These first three competitions are of high prestige."

Watch again the full video of the Refereeing and Coaching Seminar in Mittersill, Austria

President Vizer then made a point of recalling the past few months: "First of all, the past few days have been a very successful period for our sport. I would like to thank the Austrian Judo Federation and its President, Dr. Hans Paul Kutschera, who did a great job to organize the Mittersill International training camp and seminar for the coaches and referees. We are entering the final stretch before the Tokyo Games in 2020. All the successes and advances in all areas that we have seen in recent months demonstrate that judo is on the right track. 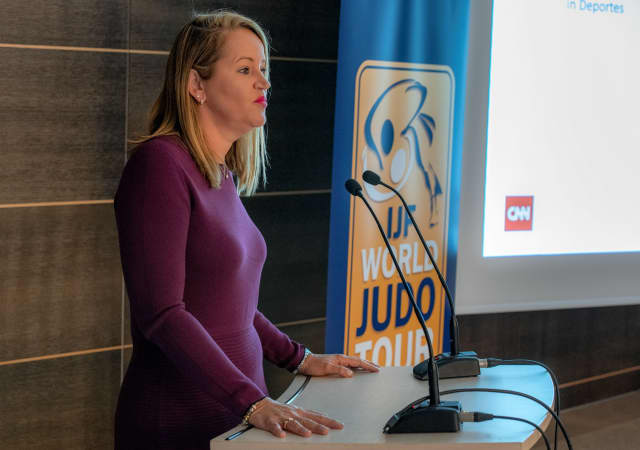 Corinna Keller, CNN: We share the same energy and passion for the sport

“I would also like to highlight the very good atmosphere that prevailed throughout the seminar last week. This very good atmosphere is synonymous with the professionalism of all our teams and the fact that the changes we have made to international judo put us in the ideal position to have great Olympic Games.

"But before that, we already have a big gathering in Tokyo this year, with the world championships taking place in the mythical venue of Nippon Budokan and at the end of the year with the Masters in China, not forgetting all events of the world circuit to come.

"I am confident for the two years ahead of us. We are currently consolidating everything we have done for several seasons. I believe that judo has a great future.

"I do not want to forget all the work we do for the development and promotion of the values ​​that make our sport a special player on the international scene. This part of our action may be a little less visible, but it is crucial. We are passionate about promoting our values ​​to children, to schools, with the Judo for Children / Judo in School programme, or to refugees with Judo for Peace, all of whom always keeping in mind the promotion of gender equity."

Mrs Keller said: “We have a great collaboration with the IJF and a great support. Your teams are very professional and above all we can work together in the spirit of friendship. I am and CNN is a loyal friend to the judo family. I must say that it is a great honor for me to be among so many familiar faces and its a privilege to be your partner for the promotion of judo throughout the world. We look forward to a continuing and fruitful collaboration. We share the same energy and passion for the sport.“

Corinna Keller reminded everyone that CNN is not here to report on the results but that their objective is to make sure that more and more people are interested in judo: “We are very interested in incredible the human dimension of judo, I am very excited to see judo continuing growing“, she said. 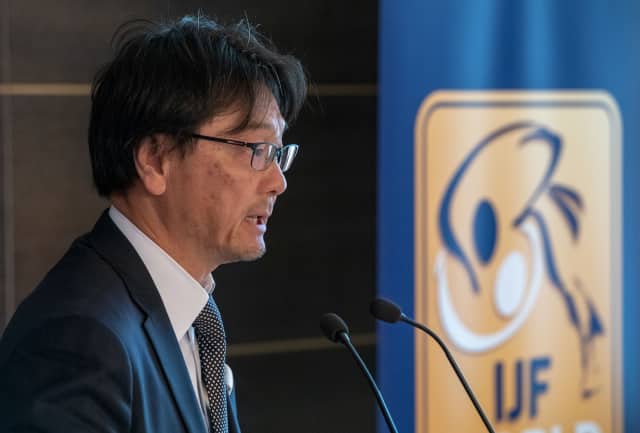 Mr. Yokomizo Konichiro, explained: “We have built a strong strategy together with the IJF towards Tokyo 2020 and beyond. Everyone is putting a lot of effort into it and we saw a significant increase in terms of media attention over the past months, which is great. Our goal is to see the media attention grow and expend, for that our objective is to create a media channel for judo in every country. Together we can create judo stars.“

The first part of the Executive Committee also saw the extensive presentation of the Judo in Schools programme, by Ruben Houkes, chairman of the commission and former World Champion and Olympic medallist (NED) and Nicolas Messner, IJF Media and Judo for Peace director. “Over the past six months, we have totally revamped the strategy for the Judo in Schools programme. We have now 33 countries already engaged in the process, but we are targeting much more federation in order to propose judo in school curriculum. We are going to work hand in hand with the IJF Academy and we are convinced it's gonna have a major impact of people", said Ruben Houkes.

After the presentations, Marius Vizer underlined the quality of the reports and the fact that a clear and strong media strategy, as well as powerful development activities are very important not only for the sport but for the society in general.

The All Japan Judo Federation led by Mr. Yamashita Yasuhiro then made a detailed presentation about the preparation of the upcoming Tokyo World Championships to be held from August 25 to September 1, 2019 and that will be the most important moment of the season that every judoka and judo fan around the world will want to follow. Hongo Akinori, who made the presentation, underlined “It will be a real test event for the Tokyo Olympics. It will show the diversity and unity of judo. With Tokyo World Championships, we want to show the way, the way is ippon. Since 1964, judo has been following one line from the past to the future, and that is also what we call 'Ippon'.“

Official logo of the 2019 World Judo Championships in Tokyo - The black line symbolizes the black belt and the Ippon, which represents the link between the past and the future through the present.

The second part of the meeting was dedicated to sports and refereeing matters. Mr. Juan Carlos Barcos, IJF Head refereeing director said: “With 265 participants including 85 coaches, the seminar held last week was an amazing success. Everyone was happy with the organisation. I can tell you that the referees and supervisors are already chosen for the events up to the Hohhot Grand Prix this year. We are working with a professional team. Over the past months, we have witness a significant improve in terms of positive scores. Thus, more than 60% of the matches are won with a ippon and all together we have 86% of positive scores. That is amazing.“ 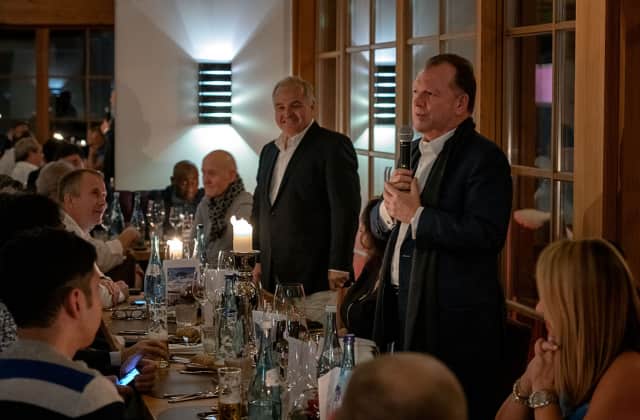 President Vizer thanks Dr. Hans Paul Kutschera, President of the Austrian Judo Federation, during the farewell dinner after a successful week of work.

Vladimir Barta, IJF Head Sport Director, explained that everything has been made to have a beautiful kickoff the season in Tel Aviv, next week. He also announced among other decisions, that the 2019 Cadet World Championships 2019 will be held in Kazakhstan from September 25-29.

Before the IJF President concluded a fruitful meeting, Dr. Hans Paul Kutschera, chairman of the IJF Medical Commission also gave some important information concerning this sector, including the strong policy of the IJF to fight against doping, with its collaboration with ITA (International Testing Agency).

Marius Vizer concluded: “I want to thank all of you for your hard work over the past months and for your dedication to make 2019 a successful year. I wish you all the best and good luck in Tel Aviv next week and throughout the upcoming months.“