08. Dec 2016
Share
“I SURVIVED IJF ACADEMY LEVEL 1” – this is the slogan that was printed on the T-shirts of the extremely happy Student Coaches last Friday in Estonia. The simple cotton T-shirt had the value of a gold medal for all of the participant. 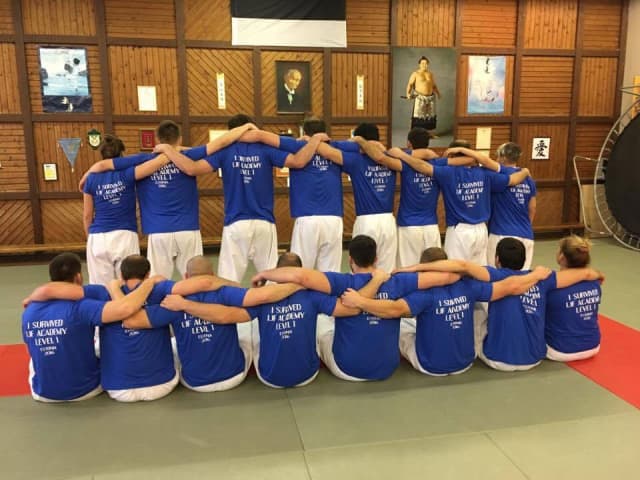 “Judo coaches from Estonia, Latvia, Lithuania, Albania and one from USA gathered in Estonia to complete their studies. During several weeks, all the students had online-studied the basic subjects of judo and sport science including, ethics, judo history, physiology, nutrition, etc., and completed an exam in every single subject. The practical session just took place a few days ago!

Excited, yet rather nervous, the coaches were taken directly from the airport to a tiny Estonian village called Vinni where all the “fun” was about to begin.

On Monday morning, all students sat for the paper test covering all the 13 academic subjects. It was a good start as everybody passed. In the afternoon, the five days of practical session started!

And this was an effort that forced even the most experienced judo coaches to doubt from time-to-time. Yet, none of them gave up.

Unfortunately, sensei Daniel Lascau could not attend so everything was laying  on the strong shoulders of sensei Envic Galea from Malta, and sensei Piero Comino from Italy, and the organizing side on Dr Tibor Kozsla from the Hungarian University TF.

The teachers had planned two 3-hours lectures in the dojo every day. But often they turned into 4-hour or even more because there was so much to explain, a load of extra questions to be asked and so much to learn in the subject that everybody had thought they were experts in.

Judo kata is one of the areas that has not been widely practiced in this part of the country yet and there was a lot to gain for all the student coaches of Estonia, Latvia and Lithuania. Some of the most eager students even spent their sweet hours of sleep on the mat polishing the techniques. 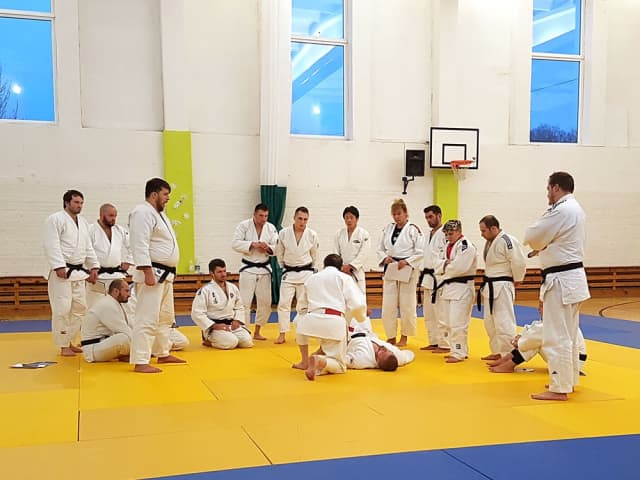 It is amazing how judo unites people and makes them breathe in the same rhythm. It does not matter what language you speak and where you live, whether you are 140 kilos weighing man or a tiny girl, if you are a competing judoka or an amateur, if you are really modest or extra talkative. The group prodded ahead as a sledge-hammer making its way forward – no coach could quit, or to stay inactive and not develop in this environment.

As an eyewitness of the event I could feel the tension because there were no easy days and none was privileged. There were many moments when someone was sadly licking his wounds; a bloody nose, an aching knee, a suffered ego, but the group would suck them back and the show would go on until the happy end. They all survived the IJF Academy Level 1 Instructor and passed the exams! Sensei Comino and Galea were happy with the level of their apprentices although they all came from different backgrounds and needed varied approaches.

Unfortunately, nine other students that had successfully passed their online studies were injured, so they could not participate in the practical week this time, but they will have a new chance in the next year when similar courses will be run in Latvia and perhaps Finland. The territory of the Academy is getting broader!

On Thursday morning, Mr Martti Raju, Head of Sport of the Estonian Olympic Committee, came to visit and was very pleasantly surprised at the level of the organisation and the hard work the students were putting. He pledged to Mr Galea, the director of the Academy full support to the Estonian Judo Federation for future programmes.

On behalf of all the participated coaches, Mr Aleksei Budolin and Mr Glen Viks along with the President of the Estonian Judo Federation Mr Aavo Põhjala would like to thank the International Judo Federation and the Olympic Solidarity for the opportunity to receive professional education in their homeland. This is just the first step.“ 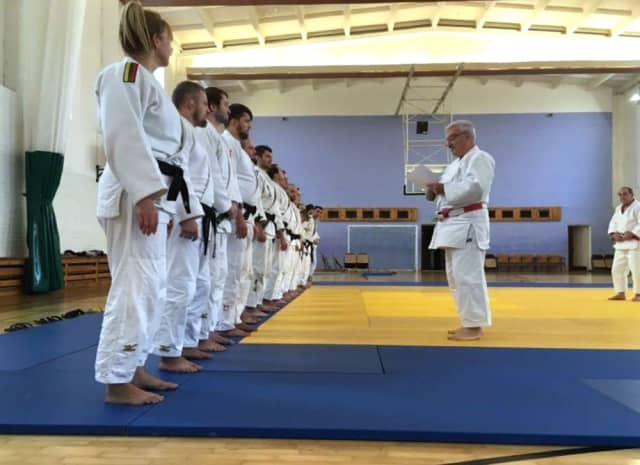 News
‘The Arts and Sciences of Judo’ Second Edition

News
‘The Essence of Judo’ – From Inspiration to Art Piece