Written by Mark Pickering on 01. Mar 2018
Share
In the history of combat sports, the athletes who earned the most fame and fortune and whose legacies have stood the test of time are the champions who travelled the world, searching for new challengers and new places to show their skills. These men and women are fighting champions.

Being a champion means that you always have a target on your back in that you’re in the sights of challengers from at home and abroad. Every challenger believes they have the remedy for the most dominant prize fighter in their weight category and has an ambitious plan to dethrone the fighter and to take the glory before carving out their own globetrotting run as the champion.

As a double and reigning world judo champion, Takato Naohisa of Japan, too, has a target on his back. 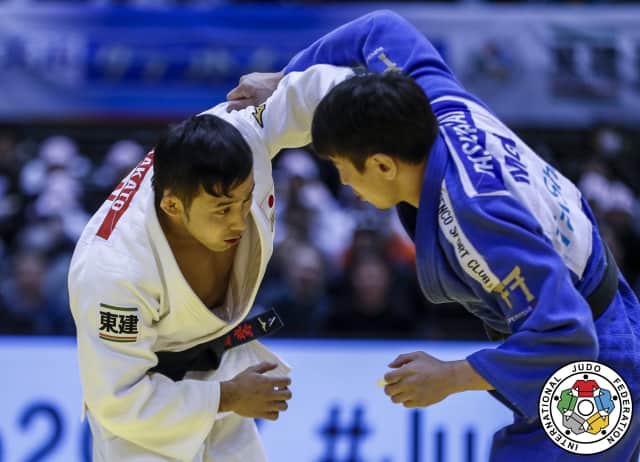 It’s a very real target as Tokai University man Takato, 24, wears a red backpatch to signify his current world title reign. Simply put, he’s the man at -60kg and will be until a fresh challenger can take away his pride and joy.

“I wore the red backpatch once before, after I won my first world title in 2013 but then I lost it after the 2014 World Championships,” Takato tells the IJF while on his latest adventure in Germany.

“Then I could not wear it again until I won in 2017. It really changes not just me, but also the way people perceive me. It is for me something I hold very dearly to my heart.”

Takato comes from strong judo stock as both his parents were judoka and his first club also produced three-time world champion and double Olympic bronze medallist Ebinuma Masashi. The -60kg world title was regained by Japan in 2013 when the Park 24 affiliated judoka won in Rio de Janeiro to become his country’s new heroine in the category after a 16-year wait for gold since all-time great Nomura Tadahiro won in 1997. 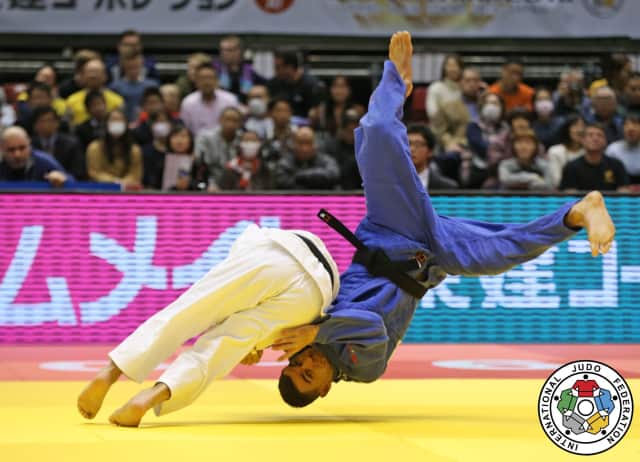 Takato throws for ippon at the Tokyo Grand Slam

On the weekend Takato was a relaxed observer at the Düsseldorf Grand Slam with his judogi and special backpatch not on display at the IJF World Judo Tour’s newest event as he was in town only to take part in the post-event training camp.

“I have been inspecting the Düsseldorf Grand Slam, getting set for the training camp and then to compete in the Czech Republic by myself,” said the likable champion whose smile is as broad as his honours reel.

Takato’s solo trip to the Czech Republic represents a first for Japan. The All Japan Judo Federation altered their selection policy last year so that any current world champions and Tokyo Grand Slam winners would automatically be selected for the 2018 World Championships in Baku, Azerbaijan in September.

Takato won the Worlds and Tokyo Grand Slam last year and now has the best part of a year to prepare to defend his title.

“To compete in 66kg, at the European Open this weekend was my own decision,” Takato said proudly with a noted increase in the tone of his voice which went from jovial to serious.

“I asked the coach if I could compete in Prague, Japan has never done that before, letting an athlete go to compete alone, but other countries have and I see it as a challenge for myself.

“I think it is a new challenge to compete by myself. Everything I do now is with the aim of winning gold at the Tokyo 2020 Olympics. It’s something new and will further increase my mental strength.

“These tough conditions are steps I need to take to build my character and also I must take a step forward every day until the World Championships in September.” 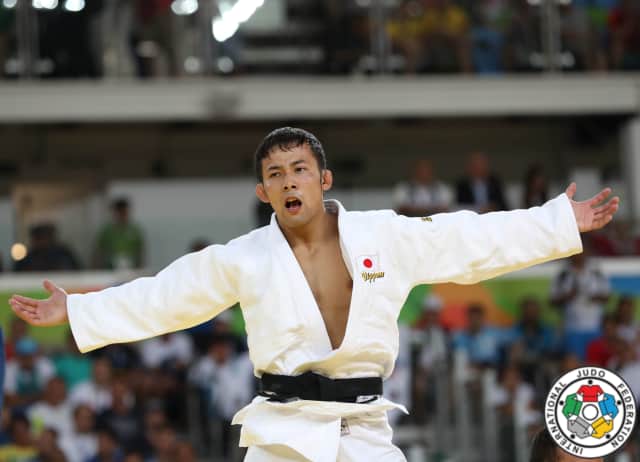 Former World Team Championships gold medallist and now men’s lightweight coach for Japan, Konegawa Minoru, will accompany Takato in Prague but will not be in the coaching chair or the warm-up area.

“Konegawa-san will just be watching, I will be alone and I will have to ask someone from a different country on the spot to warm up with me,” says Takato with a innocent chuckle.

Usually the -60kg ace warms up with Olympic and world champions, in the highly-populated Japanese corner of the warm-up area at competitions, with a vast staff entourage and a team of performance analysts.

To go along with his new solo environment in Prague, Takato has also elected to move up to the -66kg category just for this competition on Saturday.

“The reason is firstly in order to compete in 60kg I have to cut weight, and that is quite stressful on my body and myself,” said Takato who switches back to -66kg when he returns home.

“To be able to compete without the weight cut, already it fells good. I want to face new people and to beat -66kg judoka. That will give me extra confidence and I will take a lot from the experience."

Ousting the Rio 2016 Olympic bronze medallist at his temporary home of -66kg will be the aim of the 68 other judoka in the weight category who may have to double take when they examine their draw on Friday night and spot the name Takato Naohisa. 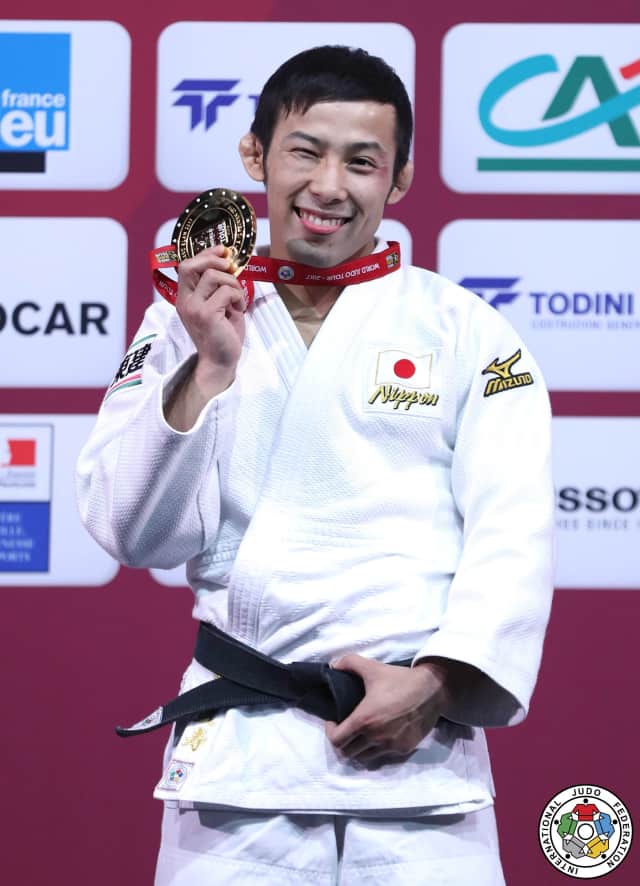 Fan favourite Takato on top of the podium in Paris

The Japanese system is more successful than ever and also more open than ever as the regime of Inoue Kosei has put the country back to the top of the sport and given their athletes the platform to thrive.

The -60kg cateogry, for example, has Düsseldorf Grand Slam winner Nagayama Ryuju installed as the world leader having leap-frogged his teammate Takato by winning in Germany. Takato is now second with Paris Grand Slam winner Shishime Toru 11th but remains his country’s leading man as his Olympic medal, two world titles and an incredible eight Grand Slam wins means that he’s one of the most the decorated judoka in the entire Japanese team and he’s still only 24.

“In my weight there’s also Shishime and Nagayama and even before Rio 2016, I had tough opposition. There’s always national pressure and very strong competition, I never forget the spirit of being the challenger in that sense, I respect everyone, but I always want to win the Olympic spot for Tokyo 2020.” 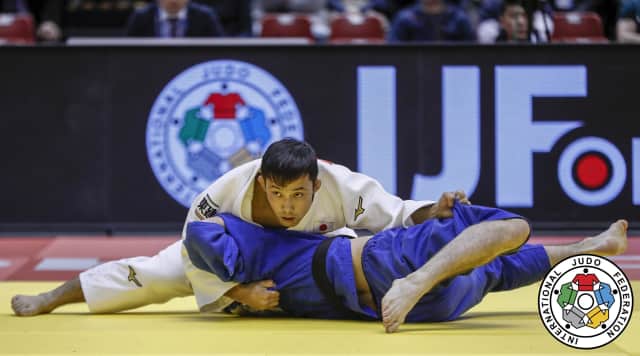 Ippon is the aim of the game for Takato

While Takato plots his best route to Baku, judo fans will be hoping that the Japanese livewire has a long day in Prague showcasing the talents that have established him as a firm fan favourite and one of the most popular judoka amongst his peers.

Takato will skip the All Japan Championships and admitted he feels relieved to be able to sit out the all-important national championships which is the traditional selection event in Japan for the World Championships.

“I don’t tend to fight as well against Japanese judoka as I do against international judoka so I am quite relieved that I can just spectate,” said Takato with refreshing honesty.

“The news was a relief, it changed things a lot for me, because now I just focus on the World Championships this year.” 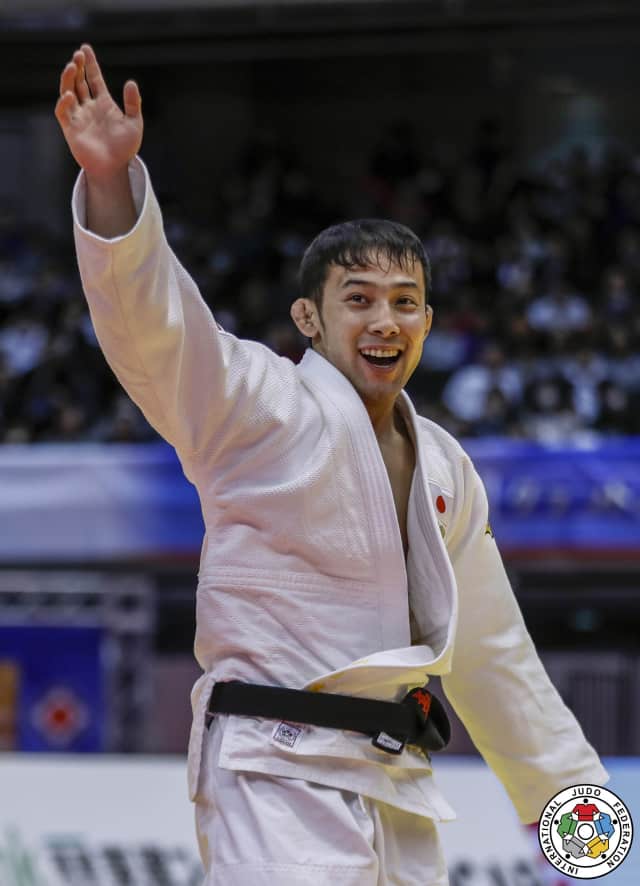 The grandest prize of the year is one that many want. Only a handful have the skills and desire to make a tilt for the title but even fewer have the fighting spirit and mental toughness to go all the way.

For Takato, he is in the driving seat; of his own career and his path to defending his title this September. By then, with the Olympic qualification starting in May at the Hohhot Grand Prix, the talk will move mostly to Tokyo in the media circles and a hush will descend on the IJF World Judo Tour as athletes chase dreams and battle for every point towards an Olympic berth.

Takato naturally expected to be asked about Tokyo 2020 but still you can tell that his words are from the heart.

“To walk out in the Nippon Budokan on day one of the Tokyo 2020 Olympics is my dream, but it’s also very frightening.

“Even from a young a age winning a gold medal at the Olympics in judo was always my dream. It’s a pure coincidence that it became Tokyo in 2020, its not something I can think of, fighting at the Budokan in my home country, actually makes my nervous. I don’t want to think of it, I want to focus on my road there. I can control this part.” 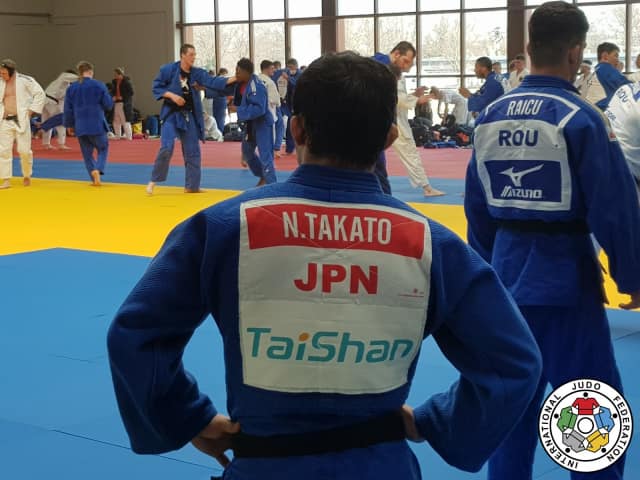 Whether alone or with his venerated Japanese colleagues in tow Takato moves forward one step at a time. Takato is happiest when he’s fighting and is ready to go out of his comfort zone and the safety net of the Japanese delegation to be the champion he’s always dreamt of being in 2020.

Watch Takato Naohisa in -66kg action at the Prague European Open on Saturday 3 March at www.eju.net