Written by Nicolas Messner on 10. Nov 2018
Share
Sunday November 11th will be the last day of competition at the Tashkent Grand Prix. Discover the preview of the last categories that will compete in Uzbekistan. 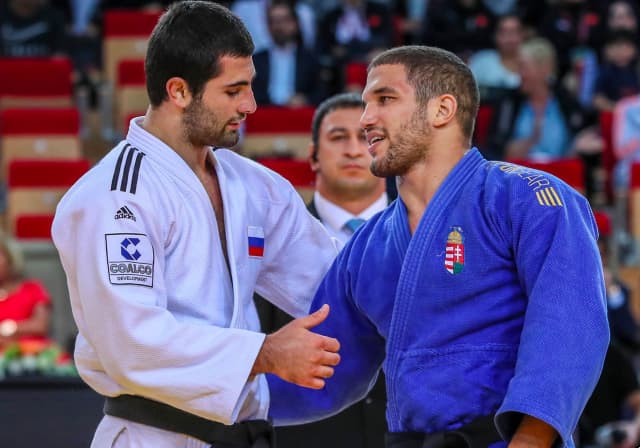 -90kg TOTH Krisztian (HUN) is a sort of scarecrow in a category that should not escape him, in theory at least, as in Judo everything is always possible. Nevertheless, the 2014 world silver medalist and finalist of the last Abu Dhabi Grand Slam, has all the cards in hand to win, as he did on August 10 at the Budapest Grand Prix. On his way, he will find serious contenders though, who could be challenging, such as Swiss Ciril GROSSKLAUS, Kazakh Islam BOZBAYEV or Russian Khusen KHALMURZAEV, the twin brother of the Olympic champion (Khasan KHALMURZAEV). In the second part of the draw, the day of competition of the 2017 World Champion, Nemanja MAJDOV (SRB), often placed this year, but never winner and who was prematurely eliminated at the Baku Worlds in September, will be of interest.

-78kg The big figure of Anastasiya TURCHYN (UKR) and her ample uchi-mata could well be on the top of the podium this time, as the young woman collected several silver medals in 2018 so far (Antalya GP, Tbilisi GP and Agadir GP). With the team dynamic of Kosovo, she will nevertheless have to pay attention at Loriana KUKA (KOS), who she could meet in the quarterfinals, even if the Kosovo athlete is not seeded. In Pool B, this could be summed up as a clash between the two experienced Luise MALZAHN (GER) and Anastasiya DMITRIEVA (RUS), while Pool C remains quite indecisive with Anna Maria WAGNER (GER), Bernadette GRAF (AUT) or Yahima RAMIREZ (POR). At the bottom of the draw, Beata PACUT (POL) could well keep on her momentum from Abu Dhabi, where she won a beautiful bronze medal.

-100kg The category of -100kg is always an interesting and very indecisive one, as there are athletes with obvious technical and athletic qualities. Thus, the number one seed is none other than the Olympic silver medallist Elmar GASIMOV (AZE) who is keen to erase his underperformance of the Baku Worlds, where he failed to win a medal before his public. The Swede Joakim DVARBY, regularly placed on the international circuit will be the favorite of pool B. In the second part of the draw, on finds interesting names with for example the world medalist Karl-Richard FREY (GER ) or the Frenchman Alexandre IDDIR (FRA), who, if he does not yet have an eloquent record at this level of competition, is still difficult to defeat.

+ 78kg and + 100kg In both heavyweights categories, men and women, everything remains open. In the absence of the tenors, interesting places and lots of points are to be distributed in Tashkent. Probably not enough to redistribute the cards for the coming months, but enough to see emerge new names that will go up in the world ranking and therefore will be able to have first rounds that are less trapping in the future.