Written by Nicolas Messner, Jo Crowley, Leandra Freitas on 07. Mar 2021
Photographs by Gabriela Sabau, Emanuele Di Feliciantonio
Share
For the last day of competition in Tashkent, we asked several coaches what were their impressions after this amazing competition.

Claudiu Pulsa - Head Coach for the German Women's Team My first observation is to address a huge compliment to the IJF for the work done to organise this grand slam and all the competitions and to create the possibility to start competing again in our sport, judo. It is also a compliment addressed to the National Federation of Uzbekistan for their great work.

In the -78kg category not all the top nations were present. The top seed was Natalie POWELL (GBR), but she was eliminated by Iriskhon KURBANBAEVA (UZB) in the second round. 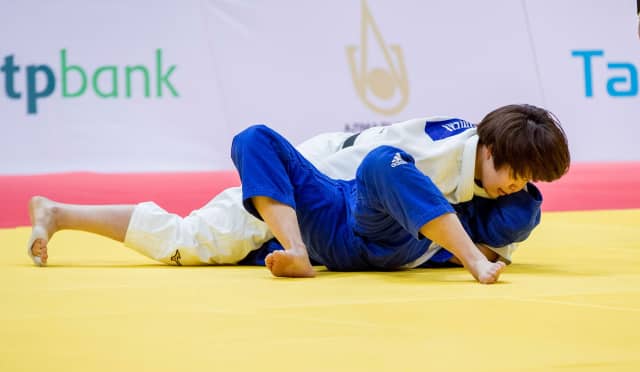 We saw very good judoka here, from nations like Korea and Japan and also from Europe. The big surprise for me is Karla PRODAN (CRO). She was in the final but came here ranked 20th in the world and she was against the number 12 in the ranking, UMEKI Mami (JPN). UMEKI was the favourite of the two and resolved the match with 2 waza-ari, one by harai-goshi and followed by osai-komi-waza.

It was also a surprise for me that Inbar LANIR (ISR) was doing so well. She has dynamic judo and she competed very well during the day. Another highlight was Iriskhon KURBANBAEVA (UZB), the home player, who was powerful and even if she didn't reach the medal block she was delivering great judo today. The Korean team also offered a good performance overall. 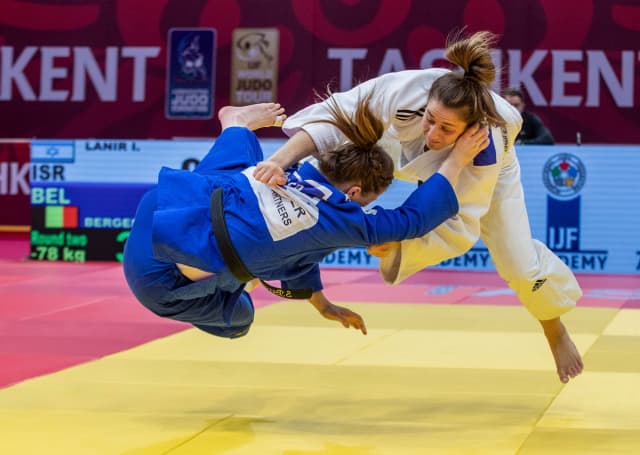 We had some amazing judo today in the final block, positive judo. It was a good day for our sport. All medal contests were finished with a judo technique and that's very good. The bronze medal match between Beata PACUT (POL) and LEE Jeongyun (KOR) finished with ippon-seoi-nage and after that we had the second bronze medal contest between YOON Hyunji (KOR) and Inbar LANIR (ISR), finishing with 2 waza-ari. This Israeli athlete is very strong, surprising in a positive way today.

At +78kg we had the world champion, SONE Akira (JPN), the ultimate favourite for victory, but today she did not show much judo, however her style was effective. In this category we were missing some of the top athletes in the world, but we still had very good judo.

The final was a classic one, with shido deciding the match unfortunately, but the bronze medals had good ippon judo; Nihel CHEIKH ROUHOU (TUN) vs Yelyzaveta KALANINA (UKR) ended with a magnificent ura-nage, and KIM Hayun (KOR) vs Anzhela GASPARIAN (RUS) finished with a great shime-waza. 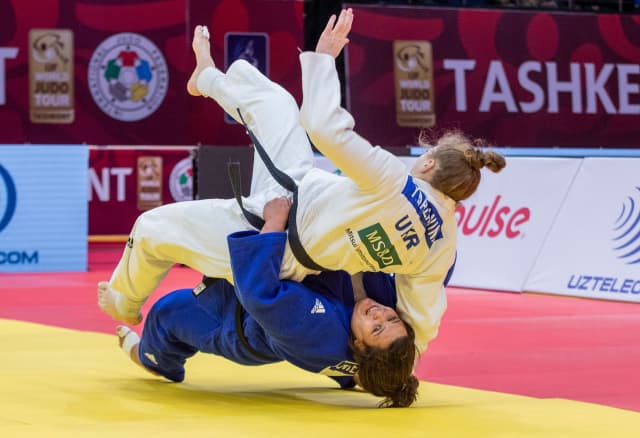 I still believe that overall there were too many shido, but that of course is seen from my point of view. Judo should always be first. I'm not saying that we shouldn't give shido, because many athletes go to the fight to win with shido, but also because today they can do that. Many athletes play tactically with the lines and work the physique and in some matches it is enough. As a consequence sometimes we lose the spectacle of good throws. I think it is easier to win with 3 shido than to throw with a beautiful ippon. 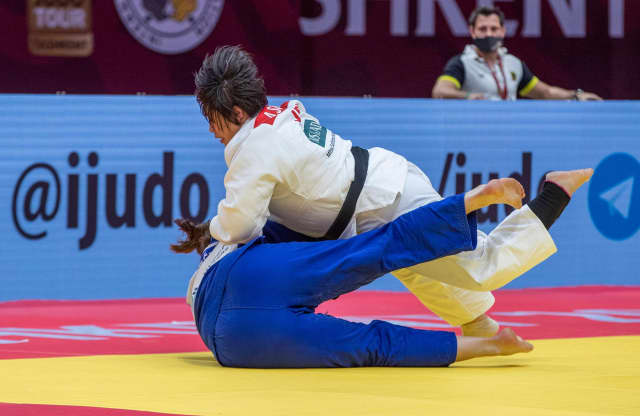 Right now, I believe that all nations have made great efforts to develop the athletic capabilities and also the level of the kumi -kata, but the most important thing for me is judo, winning with judo techniques, with ippon. If not in tachi-waza, let it be in ne-waza. We have so many beautiful techniques and we only need one to score ippon. it is very important that the referees give a little more time to be able to apply techniques.

Mansouri Mohammad, the coach of Saeid Mollaei First of all, the person who surprised me the most, was with no doubt, Parlati from Italy at -81kg. For me it was totally unexpected!

On to today, though and in the -90kg category Davlat BOBONOV (UZB) showed he’s in very good shape. The fact that he was playing at home may have given him extra motivation. He was ready, physically very strong, had good kumi-kata and sound tactics. He was attacking at the right moments and with the right timing. He had a hard final against NAGASAWA Kenta (JPN). 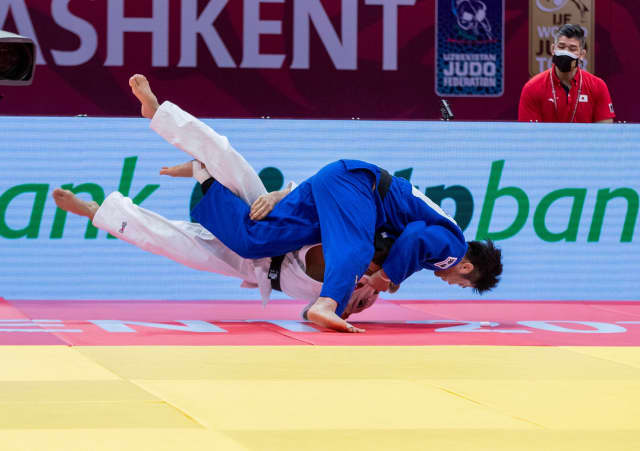 There were no big surprises in this category today, maybe TOTH Krisztian (HUN), who won his medal tactically and threw with a good move at the end, but he was not in his best shape. Same thing with Mammadali MEHDIYEV (AZE). We feel they start to be tired, now with some World Judo Tour events close together after such a period of inactivity. 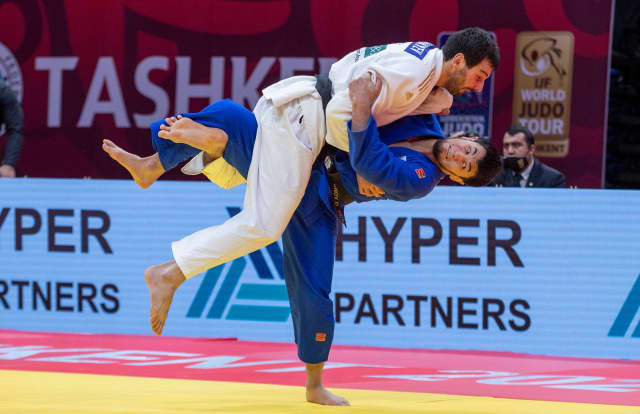 In the -100kg group the comeback of Toma NIKIFOROV (BEL) stood out. He was in very good shape today and it is interesting, especially since he had a lot of pressure in the semi-final against the home athlete Muzaffarbek TUROBOYEV (UZB), who finished on the podium with a bronze medal. Not the same luck for his teammate Aklmurodbek KHUDOYBERDIEV (UZB), who finished fifth. 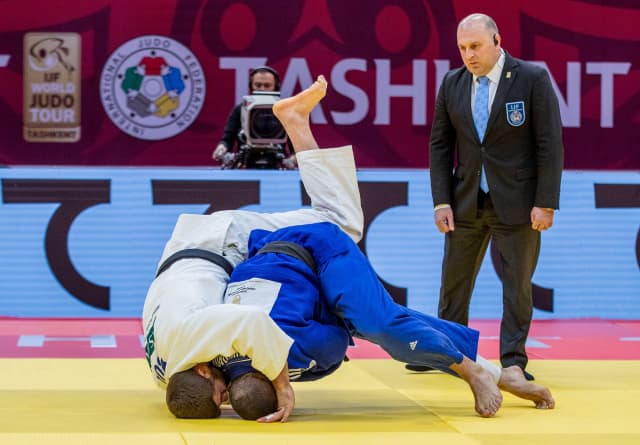 At +100kg KAGEURA Kokoro (JPN) confirmed that he's a good bet for Japan. He had a good tactical final and it seems that Kageura is fighting very well under pressure. That made me think of the Paris Grand Slam, when he defeated the favourite Riner. Would KAGEURA have won the final in the Tokyo Olympics, at home? We’ll never know because the selection for the Olympics went to HARASAWA. 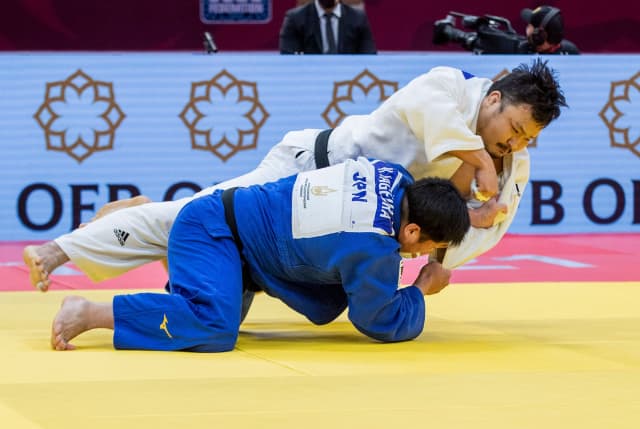