By Nicolas Messner on 27. Sep 2018
Share
It was really a beautiful World Championships. We saw a lot of amazing judo techniques and the vast majority of athletes were looking to score ippon. That's the judo, the judo I like. It was exciting to see the judoka get on the mat and fight to the last second with only one idea in mind, scoring, often on different techniques. I think it was really one of the markers of this championship: the quality of judo that was shown. 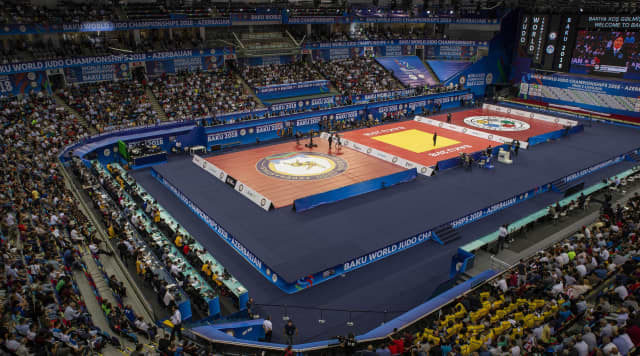 For a few months, we (the coaches) were a bit angry because we did not necessarily understand the why and how of the rule changes that took place after the last Olympic Games. What we can say today is that actually we were in a phase of adaptation at all levels, whether for the athletes themselves, for the coaches and obviously for the athletes and referees. This World Championship clearly demonstrates that we have reached a cruising altitude that allows the expression of a dynamic and enjoyable judo to watch.

We are not going to lie, we have criticized the rule changes a lot. But it's human and above all it's our role when we sit in the coach chair. In the end, we adapted for the good of our sport. So, even though we were grumbling, here, in Baku, we saw a lot more judo than in the past. We can only be satisfied with it.

There have been many countries with medals or ranked in the top 7 of each category (22 countries with medals - 39 in the top seven). In this very competitive context, there is no small medal and even less small countries. But still, I am really impressed by the overall performance of the Japanese delegation. At the Olympic Games, everyone looks for the title. At the Sorld Championships too, although the other medals count of course. But the Japanese are racing not only after the gold medal, but they are performing well in all sectors and that's how they get to put almost all their athletes on the podium. It's a coach dream. I would not have said no for a second gold medal for my delegation (smile).

One of the things that interested me the most is the tactical dimension of a fight. Those who won here were sometimes led in some of their match, yet they had the ability not to lose concentration and even with a minute left on the scoreboard, they continued to work with application, they put their hands, engaged the move to finally take the advantage. They could do it because they were confident and knew that they had the solution. This technico-tactical approach, focused on the execution of efficient techniques, has paid off. 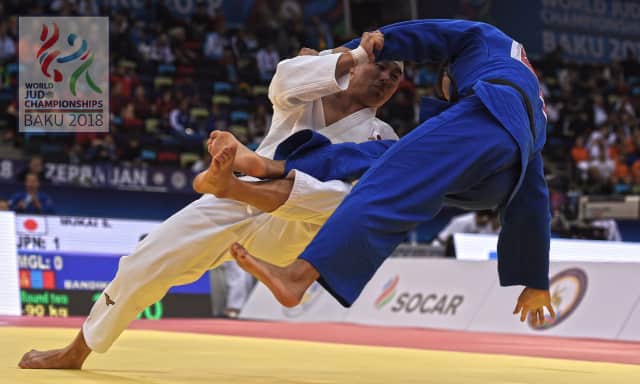 At this level of excellence, we practice a combat sport where aggressivess is part of the game. A positive aggressivess of course, in compliance with the rules of judo and sport. But without efficiency it is not possible to score. Many athletes were tired of taking shido (penalties), they understood and we also understood as coaches, that winning by penalty was not an option and should never be one. It can happen, for sure, but it is not an objective in itself. The goal is to score ippon, it's the only one that counts. The fight then dictates its rules. When you get on the tatami and you want to score ippon, then you have to come back to the rules of judo and its philosophy. This is crucial.

In the warm-up area, where we spent the last eight days, we talked and commented a lot on the judo, on the champions and basically on everything. Everyone is of the opinion that it was a big World Championship, with great champions who have all well deserve their title. We will continue to discuss and sometimes criticize. It's our role and it's important because at the end of the day we all work to make judo progress and we are all the actors of its development. The first roles are held by the athletes, they are on the tatami, the ones sweating but the 'supporting roles' are just as important for our sport to remain what it is and to continue to convey these values ​​that our society se much needs.

Lucie Décosse By becoming an Olympic judo champion in -70kg at the London 2012 Olympic Games, Lucie Décosse (FRA) won the only title missing on her prize list. Many consider her to be the most brilliant representative of French Judo of all time, both for her medals and for her spectacular techniques. Lucie Décosse was born on August 6, 1981 in Chaumont in the Paris region, in a family of Guyanese origin. The young woman explains that she is the synthesis of her parents: a warrior like her mother; a calm person like her dad. She began Judo at age six and joined the Orléans High School for Sport at the age of sixteen, before joining the national training center in 1999. She pursued a career in sports and studies, obtaining a diploma in information and communication. In 2005, she won her first world championship title, which was followed by two other world crowns, before her London Olympic title. She is now coach of the French Judo team.