The Path to Success Through Obstacles

Written by Nicolas Messner on 21. Apr 2022
Share
Hussein Ismayilzadeh is a young judoka from Azerbaijan. The story begins like any other: once upon a time, there was a young child who took up the sport of judo and became passionate about it... 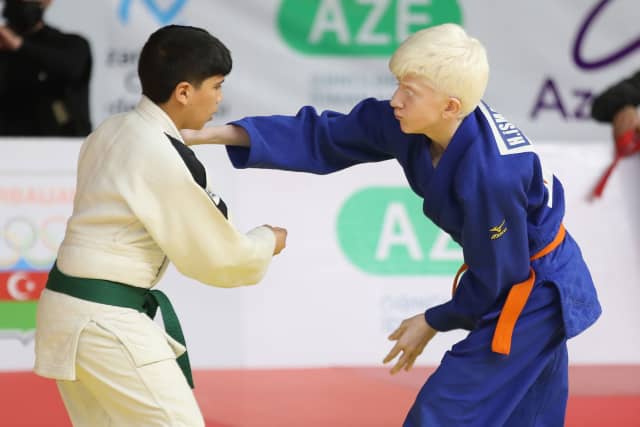 After a few years, things started to get more serious for the young boy. In April 2022, a judo championship for young judoka was held in the capital city of Baku. Just like any competition, there was applaus, victory and defeat, congratulations and some regret, tough competition and a clear determination to win.

However, as soon as the participants stepped on the tatami, everyone’s attention was drawn to 13 year old Hussein. Self-confidence, skills, ability to throw and a clear champion's approach could be used to describe him but our hero had another dimension, one that made him slightly different.

Hussein Ismayilzadeh was born with a rare genetic condition causing his body to not produce melatonin, the pigment that gives colour to our skin, hair and eyes, known as albinism. This has also weakened his vision. However, all this did not prevent him from practising and developing his love for judo, his high self-confidence and his goals for the future. 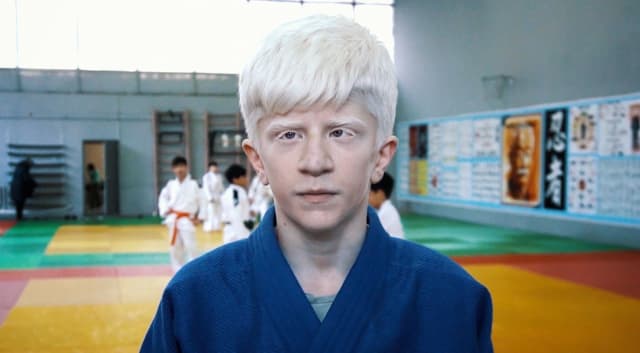 His coach Ravil Guliyev explains, "Hussein has come a long and difficult way since he first stepped on the tatami, but now he stands out in his age category and keeps developing his physical and mental capacities. One of the secrets of his ability to subdue any rival is that Hussein’s poor eyesight enhances his other senses. By training with patience, perseverance and tirelessness every day, participating in competitions one after another, our little judoka proves that no challenge can be an obstacle on his way to success!"

This year, the International Judo Federation will again, on 28th October, celebrate World Judo Day, promoting the theme of inclusion. Hussein is a perfect example of what inclusion means and how judo can transcend any kind of barrier, to create equal opportunities and a safe environment for hundreds of athletes like him.

For sure the obstacles were numerous for the young judoka, but he proved that everything is possible and no matter how difficult the path to success is, there is always a way. It is called JUDO!

VIDEO
Japan will be the team to beat at #JudoBaku