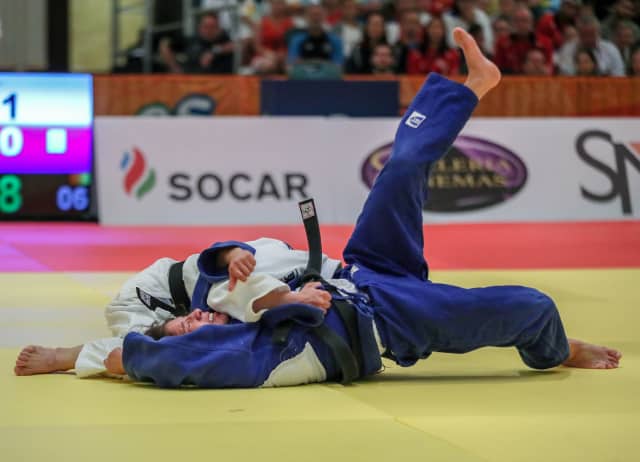 In the first semi-final Junior European Championships winner Lois PETIT (BEL) lost out to TODOKORO after being penalised for the third and final time with 48 seconds left on the clock. In the second semi-final La Coruna Junior European Cup gold medallist Melanie FRIGOUL (FRA) was submitted after three minutes of golden score by BEDIOUI. FRIGOUL failed with an o-soto-gari attack and left herself exposed on the ground and her Tunisian rival was quick to take advantage to secure a place in the final.

The first bronze medal was won by Junior Pan American Championships bronze medallist Amanda ARRAES (BRA) who defeated FRIGOUL by a waza-ari score. Brazil were the first country to medal in the Bahamas as the meeting between the two was the opening contest in the final block.

The second bronze medal was claimed by number one seed PETIT who avoided back-to-back losses with a gutsy display. Junior European Championships bronze medallist Shafag HAMIDOVA (AZE) was penalised after three minutes of golden score with her third and final shido for a false attack as Belgium earned their first medal in the Bahamas in a scoreless contest. 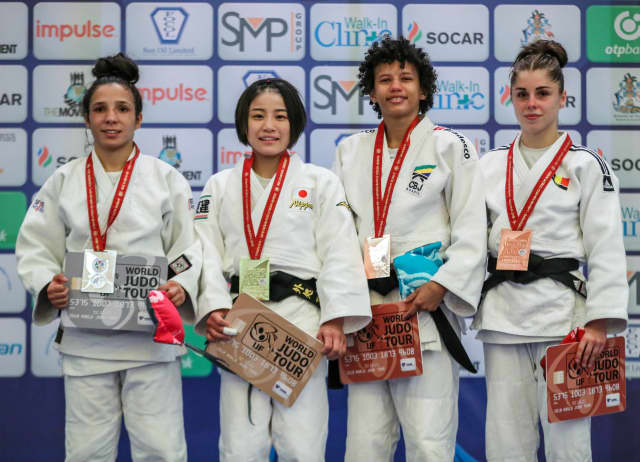 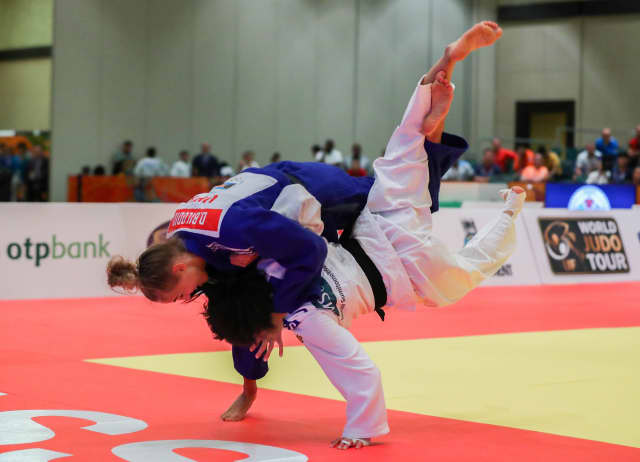 The first bronze medal was claimed by European u23 Championships silver medallist Andrea STOJADINOV (SRB) who defeated LAPUERTA COMAS with a ko-uchi-gake for ippon after 71 seconds of golden score. STOJADINOV probed her opponent with an o-uchi-gari before switching to hook in and take down her Spanish opponent on the edge of the contest area for the maximum score.

The second bronze medal contest pitted the number one seed from Spain against the number two seed from Kazakhstan. MARTINEZ ABELENDA, who took silver a year ago, bested Junior Asian Championships gold medallist Galiya TYNBAYEVA (KAZ) to salvage a place on the podium. The Spaniard scored two times without reply to register Spain on the medal table in Nassau. 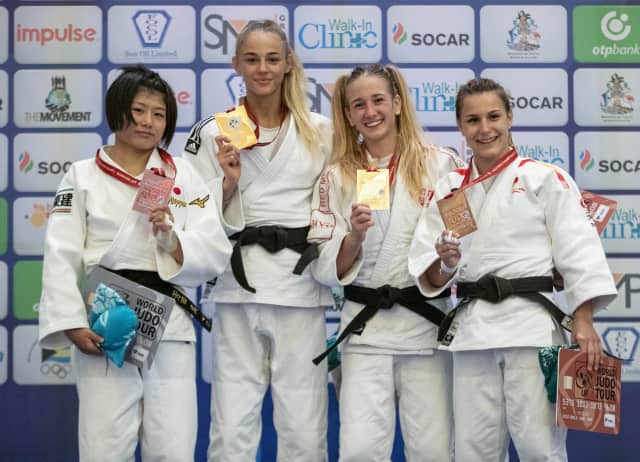 Junior European Championships silver medallist Rovshan ALIYEV (AZE) came from behind to defeat Junior European Championships bronze medallist Balabay AGHAYEV (AZE) to win the -55kg title in the Bahamas. AGHAYEV struck first with a waza-ari score before his compatriot replied with a waza-ari of his own from a modified kata-guruma with 30 seconds left on the clock. Golden score was required to separate the teammates and ALIYEV countered a sasae-tsurikomi-ashi after 62 seconds of additional time to take gold for Azerbaijan. 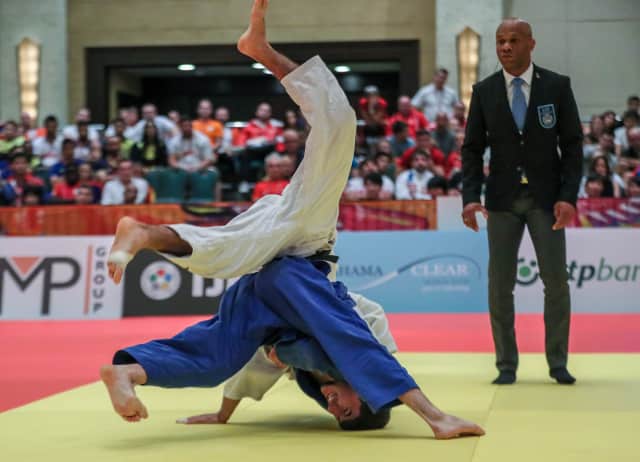 In the first semi-final Moises ROSADO (MEX) was second best against AGHAYEV who scored on two occasions with his modified kata-guruma which scored a waza-ari each time to book an all-Azeri final. In the second semi-final Junior Asian Championships gold medallist Kubanychbek AIBEK UULU (KGZ) could not compete due to injury which meant that ALIYEV was into the final. 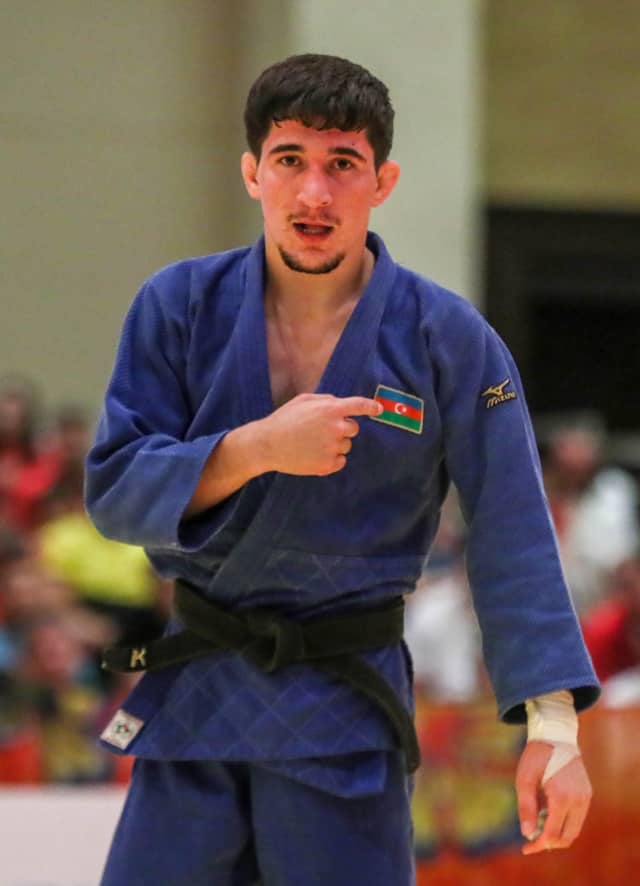 The first bronze medal was won by four-time Junior European Cup medallist Imam IBRAGIMOV (RUS) as his expected opponent AIBEK UULU could not compete due to an injury.

The second bronze medal was won by HANDA Hayate (JPN) who rushed past Cancun Grand Prix competitor ROSADO in 63 seconds. HANDA opened the scoring with a cutting ashi-waza attack and wrapped up a comprehensive win by holding down his Mexican opponent for 10 seconds. 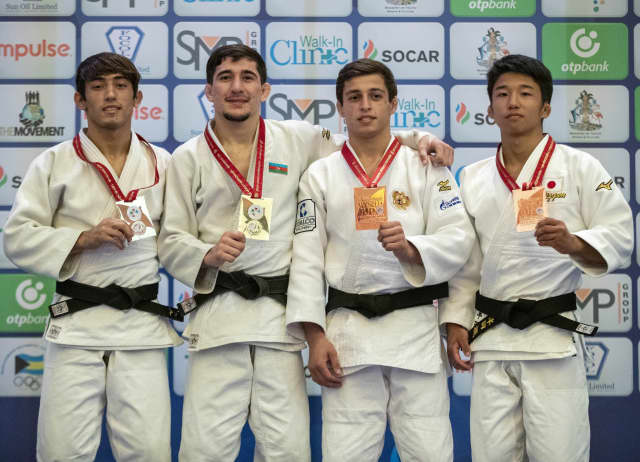 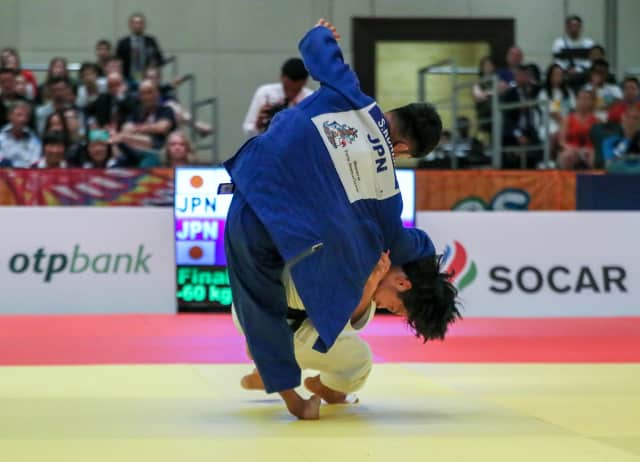 In the first semi-final Antalya Grand Prix silver medallist Jaba PAPINASHVILI (GEO) was forced to tap out to KOGA two minutes into their contest.

In the second semi-final KONISHI showed off his ne-waza prowess as he cleverly engineered an opening to hold down Junior Pan American Championships gold medallist Renan TORRES (BRA) for 20 seconds and ippon. The first bronze medal was claimed by TORRES who surpassed Hong Kong Junior Asian Cup winner Bauyrzhan NARBAYEV (KAZ) after two minutes of golden score by a waza-ari score. Brazil’s TORRES picked up his opponent and put the Kazakh down in the decisive moment of the contest for a match-winning waza-ari score.

The second bronze medal was captured by PAPINASHVILI who overwhelmed two-time Junior European Cup winner Samet KUMTAS (TUR) with a barrage of attacks. PAPINASHVILI, who is the younger brother of double world bronze medallist Amiran PAPINASHVILI (GEO), scored twice with with a modified kata-guruma and a de-ashi-barai providing him with a route to the podium in Nassau. 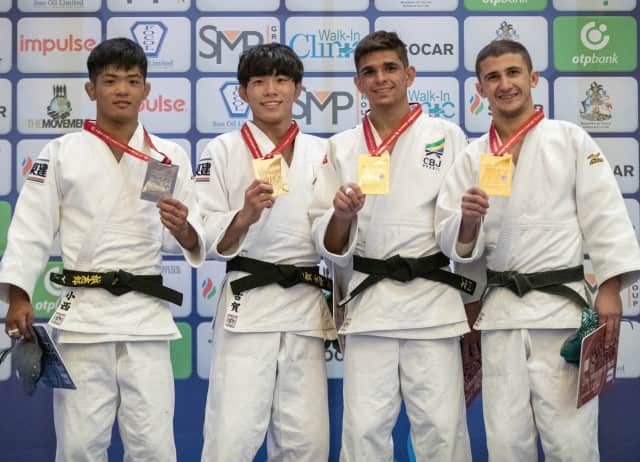 Tags BILODID Daria
See also
Thoughts From Doha
What Can We Learn From the Tiniest Judoka?