Vienna will host the 2021 World Championships

Written by Nicolas Messner on 18. Sep 2018
Share
A few days prior to the start of the competition at the 2018 Judo World Championships in Baku, the International Judo Federation Executive Committee met on Monday 17 September on the shores of the Caspian Sea to discuss the present and the future of world judo.

Welcomed by President Marius Vizer, members of the IJF governing body addressed a number of important topics. As a prelude to the exchanges, Marius Vizer warmly thanked the organizers of the World Championships, represented by the President of the Judo Federation of Azerbaijan, Mr. Rovnag Abdullayev, for the outstanding work that has been done so far to propose the biggest championship ever organized.

Mr. Vizer also thanked the efforts of the Judo Federation of the United Arab Emirates, which, thanks to the tireless work of Naser All Tamimi (IJF General Treasurer), has helped to create the conditions for the forthcoming Abu Dhabi Grand Slam to take place, offering all delegations, including Israel, the opportunity to participate with exactly the same rights: "This is a historic moment for judo and for sport around the world," said President Vizer.

Mr. Rovnag Abdullayev then addressed all the members of the executive committee: "I am happy and excited to welcome you to Baku, on the occasion of these World Championships. I can assure you that we have made every effort to organize one of the best championships in the history of world judo. I hope you can experience Azeri hospitality in its most beautiful way." 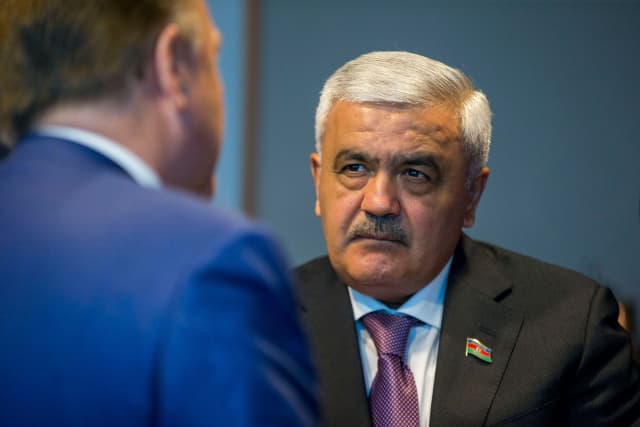 Mr. Hans Paul Kutschera, Head of the IJF Medical Committee and President of the Austrian Judo Federation, said: "I want to say a big thank you to all of you for this choice. This is a great challenge for our federation and for our country, but we are ready to take it up. A long time ago, Austria had organized the World Championships for men, then for women, we are happy to be able to welcome the best judoka, men and women, in 2021, in our beautiful city of Vienna."

Among the other important decisions made at the beginning of this world week, it should be remembered that in the team competitions, the first category that will climb on the tatami will now be decided by draw. The Steering Committee members were also able to exchange crucial information on new events that should soon be included on the international calendar, such as the Grand Prix of Canada, Israel and Chile. The IJF will communicate information about these new World Judo Tour events as soon as possible.

The refereeing commission pointed out that the analyzes of the last years of competition at the highest level showed a particularly positive trend, with more than 82% of the matches concluding on a positive score, while the average duration of the golden scores (when they happen) stays around 1 minute 20 seconds.

While the World Championships are about to begin, the executive committee finally underlined the very good cooperation that had taken place for the preparation of the next Youth Olympic Games of Buenos Aires, where no less than 70 National Olympic Committees will be represented in judo, a record since the YOG were invented.

On Tuesday, September 18th, the World Championship Art Exhibition will begin at the Khatai Art Center in Baku, while the evening will be dedicated to the Hall of Fame Gala. Information on these two major events will be communicated in the coming hours.

On Wednesday, September 19 the draw of these World Championships will take place and from Thursday the ippon will echo in the Milli Gymnastika Arenasi.