When Army and Society Rhyme with Social Peace

Written by Nicolas Messner on 01. Nov 2021
Share
With the 40th CISM World Military Judo Championships taking place in Brétigny-sur-Orge, in Essonne, France, Monday 1st November was devoted to actions of solidarity and discovery, placed under the umbrella of judo. After two days of individual competition and on the eve of the team tournament, this social parenthesis gave the opportunity to demonstrate once again that judo is more than a sport because it conveys values ​​which make it possible to build the foundations of a better society.

On the tatami already in place for the competition, the judo family met during the morning to raise public awareness of two important concepts: disability on the one hand and youth on the other. 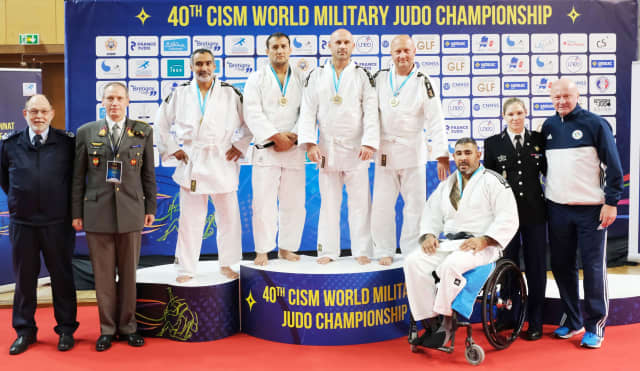 "Organised jointly by the National Centre for Defence Sports (CNSD) and the local judo committee of Essonne (CDJ91 Judo), an emanation of France Judo, the championship brings together more than 300 athletes and officials from 22 countries. In addition to the international outreach of this event, the general objective of the competition is to introduce the wounded soldiers of the nations present, to judo, as well as to promote the army/nation bond, by offering an activity to the younger generation with the presence of the French military judo team," explains Captain Erwan Lebrun, project manager for the event. 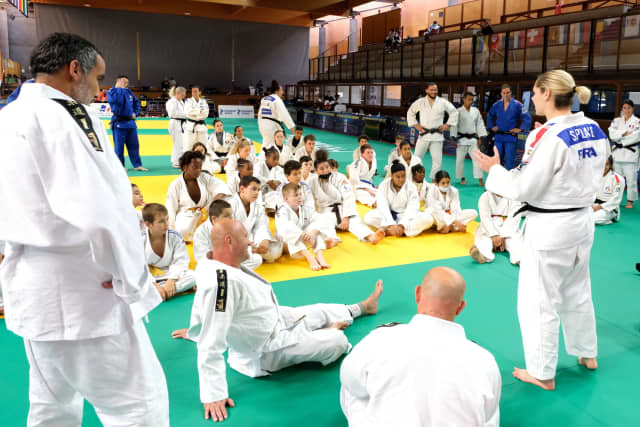 "The purpose of these activities is to promote the army/nation bond and sport for all. At each French military championship, across all disciplines, we set up this type of action, by involving the wounded, in order to raise everyone’s awareness of their situation," adds Commander Nicolas Ferré, in charge of the French military teams. 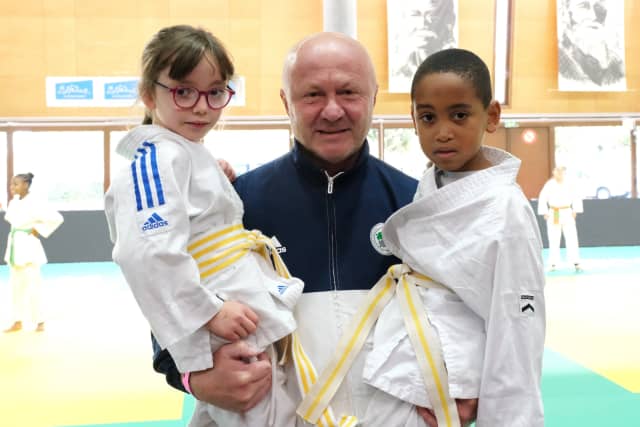 Colonel Stefan Marginean: "It is the first time in my career that I was so emotional"

Colonel Stefan Marginean, the head of the IJF Military Commission, perfectly expressed what the morning session made him feel, "I am very impressed by today's activities. It is the first time in my career that I was so emotional; spending time with military personnel who were injured and with young people is incredible. Now I understand why the France Judo team is so strong. They are not just a group of people but are a team with a strong team spirit and a perfect understanding of the judo values." 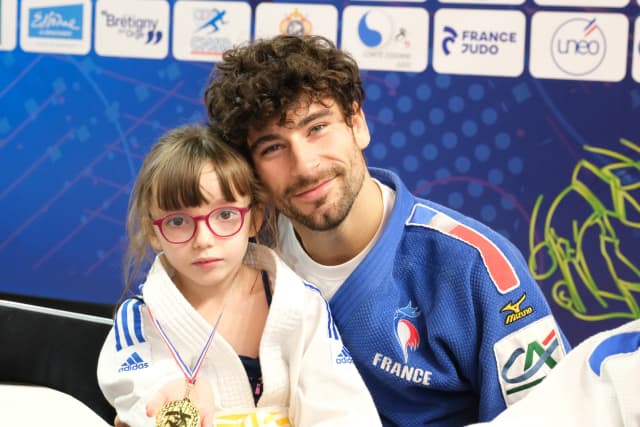 Addressing issues related to disability through the benefits of sport is crucial, as Captain Erwan Lebrun explains, "The hardening of military operations around the world has led to an increase in the number of physical and psychological injuries sustained. Recognition of the sacrifices made and of the suffering experienced by the wounded soldiers, we have a duty to assist and support them in their rehabilitation and on their journey to professional and social reintegration. 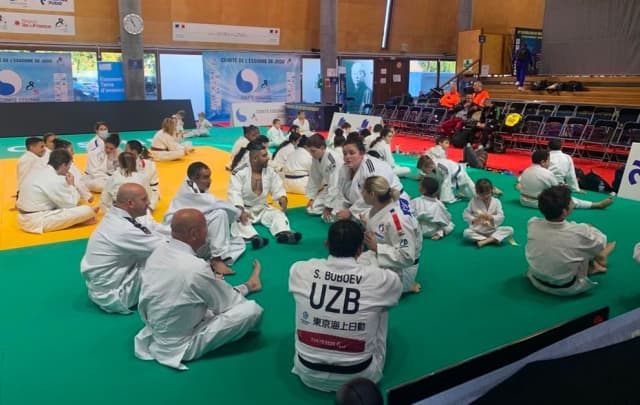 Sport contributes to the rehabilitation of the injured soldier. It is a formidable instrument for rediscovering the body, which promotes surpassing oneself and cultivates social ties." 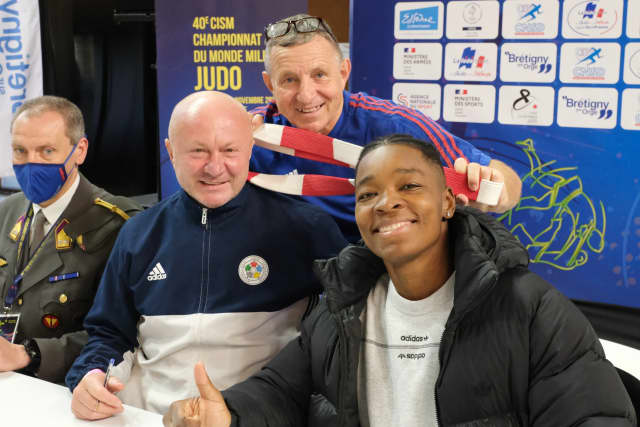 The judo session between the young people of Essonne and the athletes also made it possible to witness beautiful moments of exchange with the French military team, whose results during the weekend were up to expectations. Among the young people present in Brétigny-sur-Orge during the morning, there will perhaps be future champions. 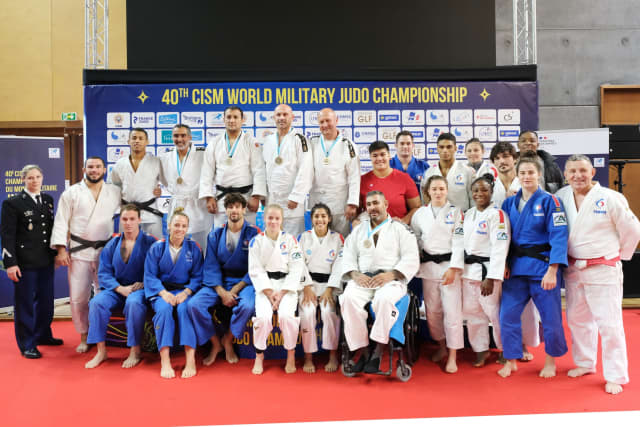 There may also be future members of the defence and security forces. In a constantly changing world, in a world where threats of all kinds are growing, giving life a meaning is a necessity. Sport and judo in particular have this ability to tear down all walls and transcend differences, to build a world at peace with itself.