When security is polite and discreet

27. Sep 2018
Share
At any Olympic-connected event, security is priority No. 1. It has to be that way, given realities in the world as it is and, of course, the history of 1972 and Munich. 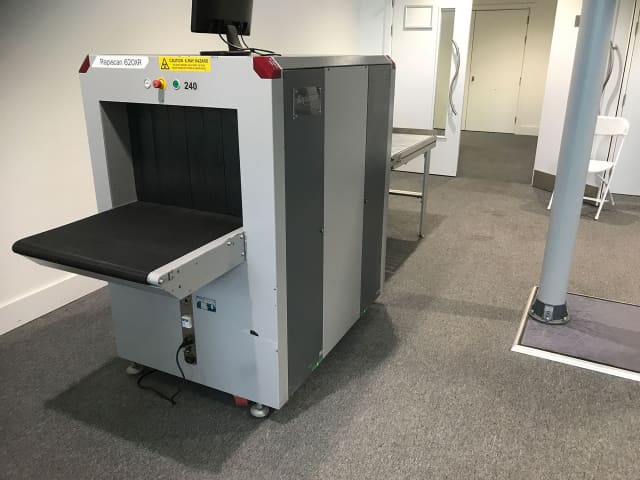 This means certain obvious things — police and airport-style metal detectors at the entry to any venue, for instance.

From event to event, however, there can be an enormous difference — in tone, manner and style — in how that security is implemented. It can be brusque, even bruising, law enforcement bristling with visible firearms. Or it can be low-key, even unobtrusive.

Here at the 2018 IJF world championships in Baku, the security presence is obvious. But it’s also discreet and unreservedly polite.

This is all the more remarkable because English is the primary language of international sport and almost none of the law enforcement officers stationed both inside and out the National Gymnastics Arena, site of the judo championships, speak more than a few words of English.

To begin, the officers stationed at the mag-and-bag stations are dressed not in police uniforms but in black business suits with white dress shirts and black ties.

Please, they say, asking that your phone and other items go into plastic bins and then the conveyor belt, just like at the airport.

Thank you, they say, when the process is done.

If that is the extent of the English that some of them know — not to be dismissive here in any way, only appreciative — it speaks well to the effort to have learned that much. A little bit goes a long way in such interactions.

All this is very deliberate, said a senior security officer who asked that his name not be used. First and foremost, he said, “All security officers try to execute their work at a high level,” he said, but, “They are working in a polite and hospitable way.”

Compare: At the Sochi Games in 2014, the place was jammed with soldiers in uniform toting very visible guns. To generalize about the attitude: a lot of suspicious, military-style glaring at you. 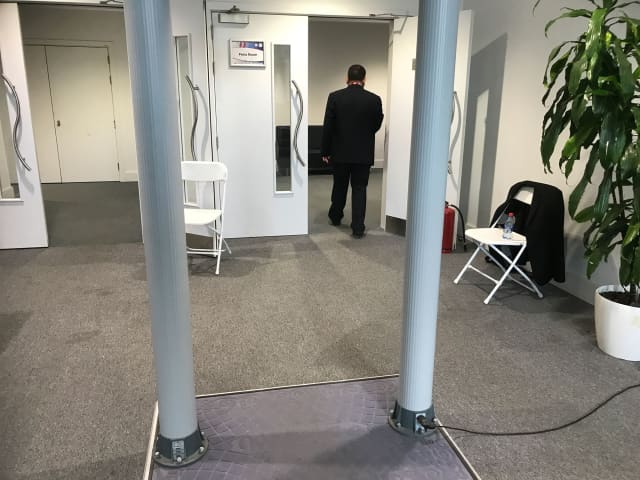 Same in Salt Lake City in 2002, the first post-9/11 Games. To generalize about the attitude: a lot of suspicious, military-style glaring at you.

Last spring in Lausanne, Switzerland, as Paris was lobbying for the 2024 Summer Games, the recently elected French president, Emmanuel Macron, paid a visit to the International Olympic Committee president, Thomas Bach, at the Olympic Museum. The museum sits midway up a hill. At the bottom of the hill, reporters seeking access to the event were — under the supervision of watchful police —separated from their equipment, which was spread out on the concrete in the hot sun. There, police dogs sniffed each and every bag while the members of the press went through an airport-style metal detector and were patted down. Only after all of that were reporters and equipment reunited, and the press escorted up the hill. Then it started to rain. The press was kept outside, huddling under a covered patio, while Bach and Macron finished up their meeting. Then, and only then, was it deemed acceptable for reporters and Macron to be in the same room — for a very brief news conference.

Here, the president of the Azerbaijan republic, Ilham Aliyev, accompanied by his wife, Mehriban Aliyeva, and family members, attended the championship opening ceremony. Naturally, the presidential security delegation was on hand, and two floors below — as fans milled about the concourse — agents formed a cordon around the elevator leading to the VIP box.

No one was allowed up. “Patience,” one of the agents, dressed in a blue checkered short-sleeved shirt, said with a smile. And that was that.

By Alan Abrahamson is an award-winning sportswriter, best-selling author and in-demand television analyst. In 2010 he launched his own website, 3 Wire Sports (www.3wiresports.com). From 2006 until 2010, Alan served as columnist at NBCOlympics.com, NBCSports.com and UniversalSports.com. For the 17 years before that, he was a staff writer at the Los Angeles Times; he spent his first nine years at the newspaper covering news and the final eight sports, mostly the Olympic movement. The 2016 Rio Games marked his ninth Olympics, Summer and Winter; he is a member of the International Olympic Committee's press committee.