Written by Nicolas Messner on 05. Oct 2018
Share
The Youth Olympic Games are about to begin in Buenos Aires, the capital of Argentina. More than just a sports competition, the YOG also bring together the youth of the world around important educational values carried by the sport. After a first edition organized in Singapore in 2010, followed four years later by the second edition in Nanjing, China, these third YOG are held in Argentina from October 6 to 18, 2018, with judo being held from October 7-10. 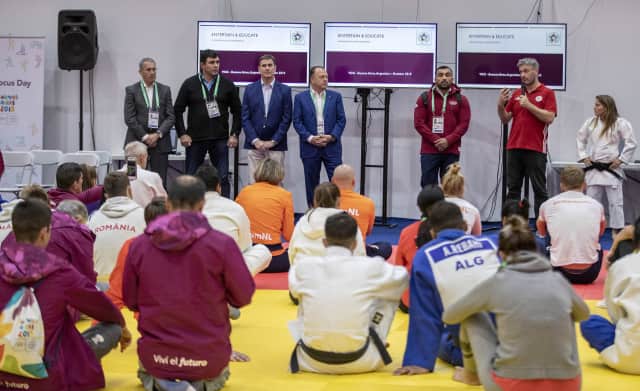 Judo, which is an Olympic sport since 1964, has naturally integrated the program of the Youth Olympic Games since the very first edition of the event in 2010. This year, once again, the best world cadets will compete in what can be considered as the antechamber of the Olympic Games and it is a good bet, that many of the athletes participating in Argentina will also be present at the next major global events in the coming years.

The YOG share many of the same elements that their elders, the Olympic Games, offer: an athlete's village, world-class sports facilities, opening and closing ceremonies ... but they have a little something in addition, and it is the educational dimension that is attached to these Games.

While October 5th was particularly awaited because the official draw of the competition took place at the Olympic Park, the delegations were also invited to meet during the morning session, where they had the possibility to talk about the values ​​of judo and of Olympism. The President of the International Judo Federation, Mr. Marius L. Vizer, and several members of the IJF Executive Committee were present as well as the Athlete Role Models of the Games, Paula Pareto (World and Olympic Gold medalist) and Ilias Iliadis (World and Olympic Gold medalist) who will be sharing their experience with all the athletes in the days to come. 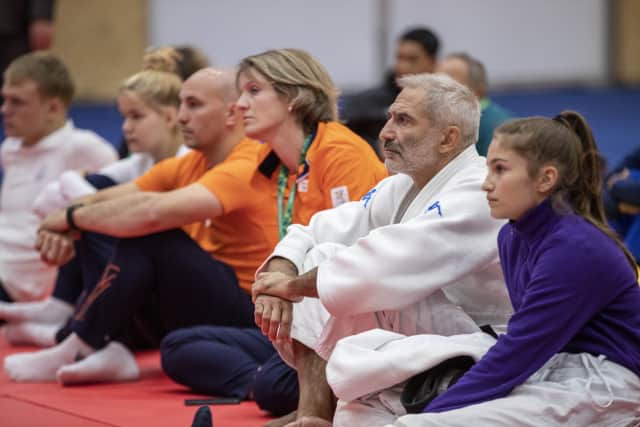 It was about the sport but also about the education

Hosted by Nicolas Messner, Media and Judo for Peace Director, the 'Judo Action Day' allowed all athletes and their coaches to learn more about the values ​​that judo conveys in order to develop a better society.

Mr. Vizer said: "I would like to warmly welcome you all to Buenos Aires on the occasion of the Youth Olympic Games. It's an important step for all of you who are considering an international career. You will learn a lot over the next few days. But perhaps most importantly, you will remember that judo is more than just a sport, it is a school of life that will help you become better citizens and allow us all to build a better society together. I wish you a lot of courage and all the best."

Paula Pareto, who in addition to being a incredible champion, is also a doctor in medicine, wanted to share her love for judo: "Judo offered me the chance to be who I am today. It gave me so much. Being here with you today is also my way of giving back to our sport all that it has offered me."

Ilias Iliadis added: "When I was a child, I dreamed about the Olympic Games. You are very lucky to be able to participate in such an event. Enjoy it. Learn. Be curious because you will store experience for years to come."

During the session, other great champions were present such as Ruben Houkes (World Champion and Olympic medalist), who was the Athlete Role Model in 2010 in Singapore and who today actively supports the development of the IJF Judo for Children and Judo in Schools program. Mark Huizinga (Olympic Champion) was also present. All were able to share with the audience their great experience of the world circuit but they were also capable of explaining what judo has brought to them throughout their career.

If judo can offer a high-quality show today, it also continues to promote values ​​that are so important in a world that is sometimes tormented, the concept of entertainment being perfectly in tune with the values ​​of the sport. 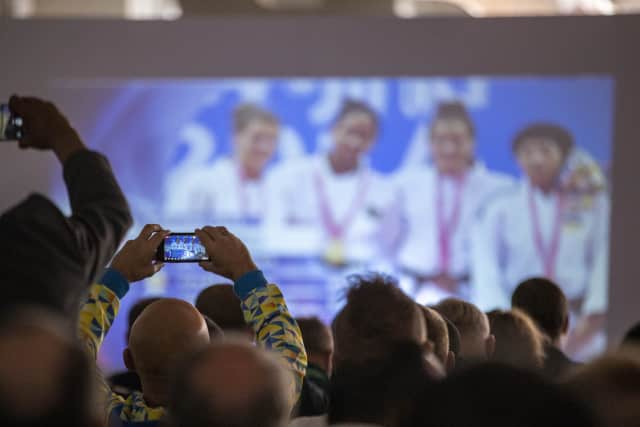 Official draw of the competition

A few weeks ago, athletes qualified for the YOG were invited to participate in a training camp that took place in Tunis (Tunisia). They will again meet in the coming days on the tatami of the Olympic Park in Buenos Aires. There is no doubt that sincere friendships have been created between judokas from very different backgrounds. It is certain that this atmosphere both friendly and competitive will offers us beautiful emotions during the competition. 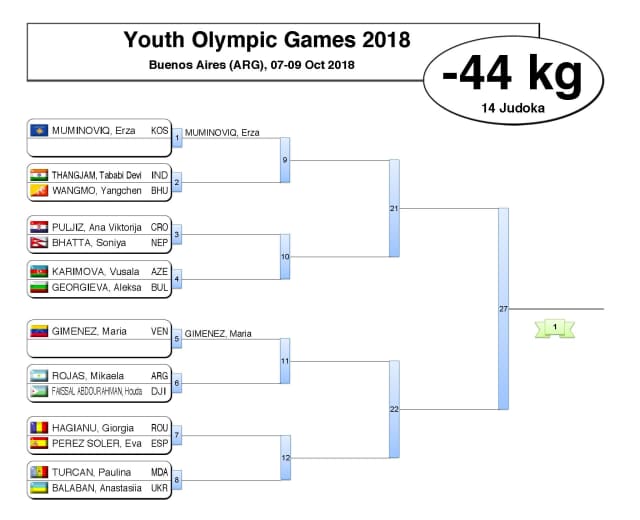 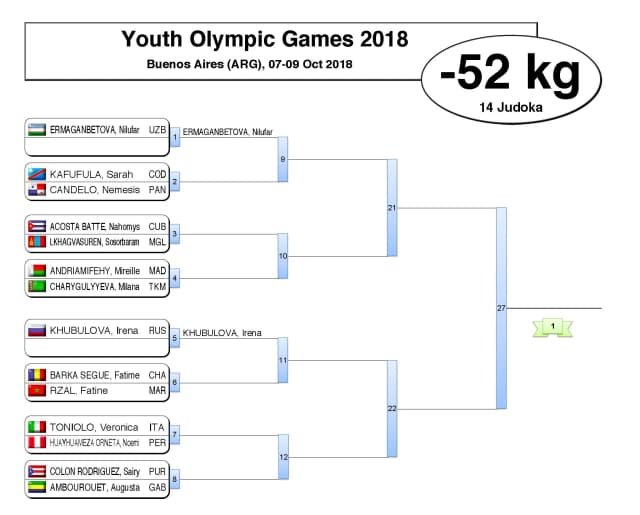 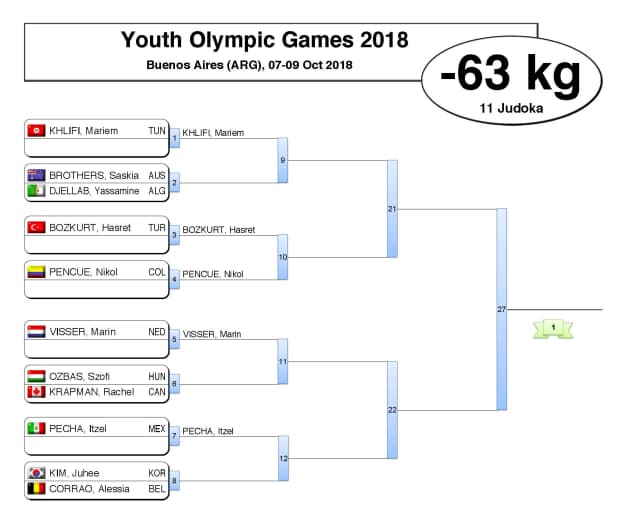 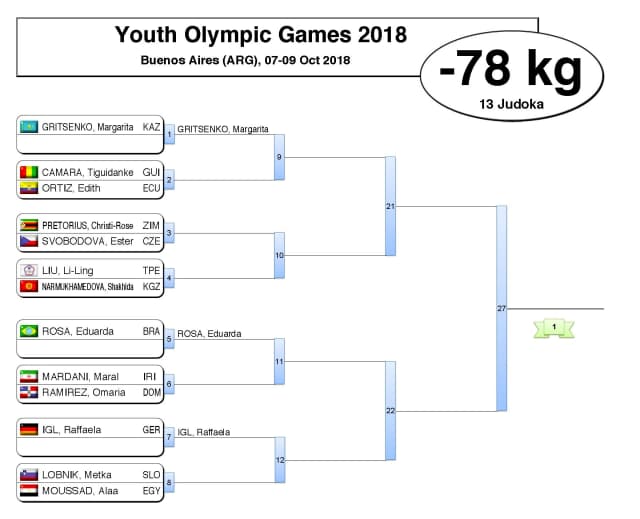 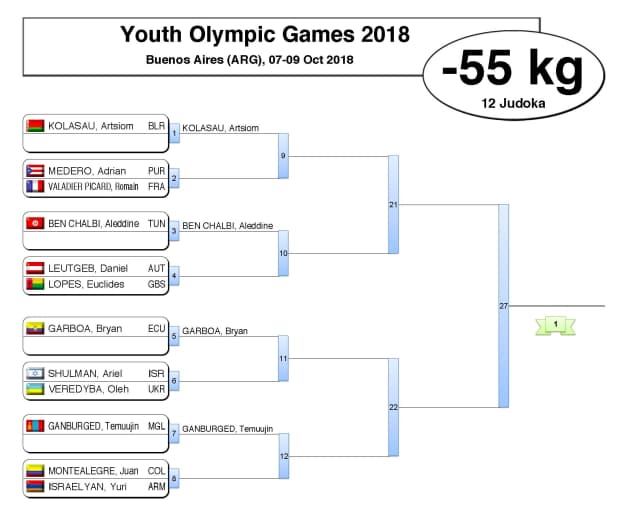 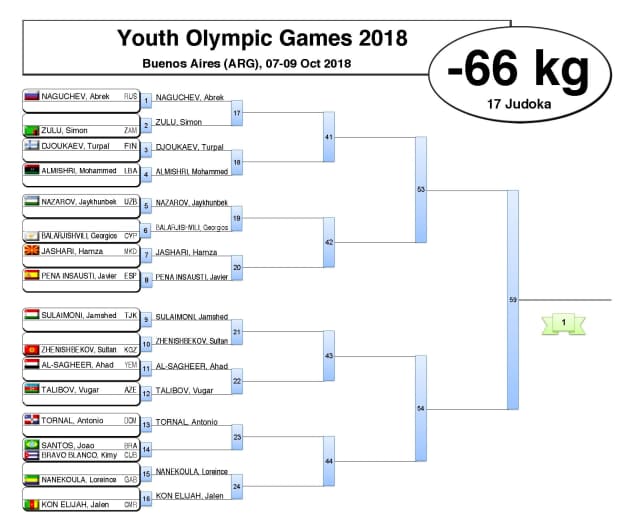 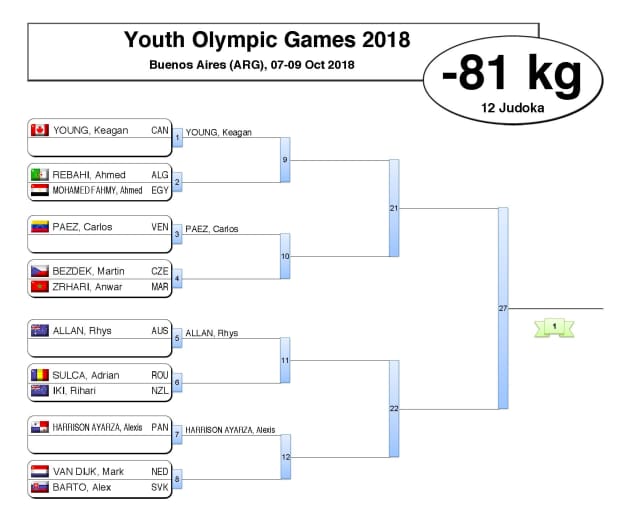 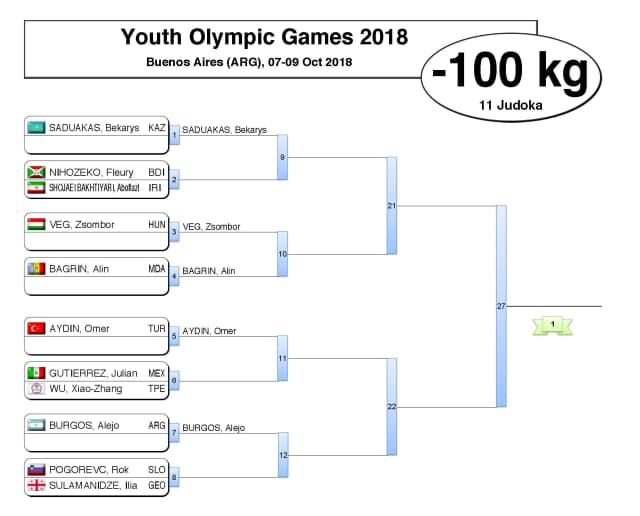 Team's Draw The composition of the teams will be given after the individual competitions. 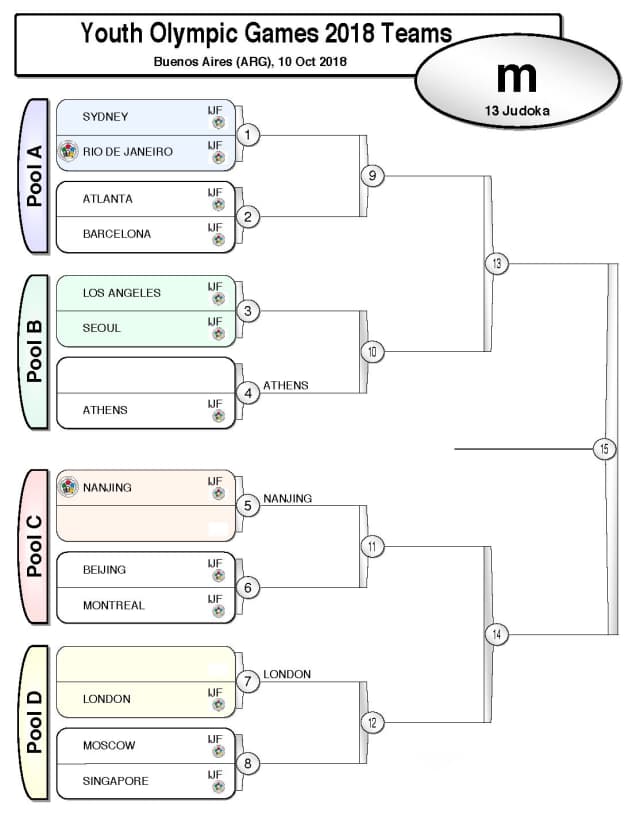