Written by Nicolas Messner, Gabriela Sabau on 07. Oct 2018
Share
The 3rd Summer Youth Olympic Games kicked off in Buenos Aires on a frantic pace. After an opening ceremony that took place in the heart of the city on the evening of October 6 in the presence of more than 200,000 spectators, the first weight divisions launched the judo tournament on October 7th as the tournament will continue during the next three days. 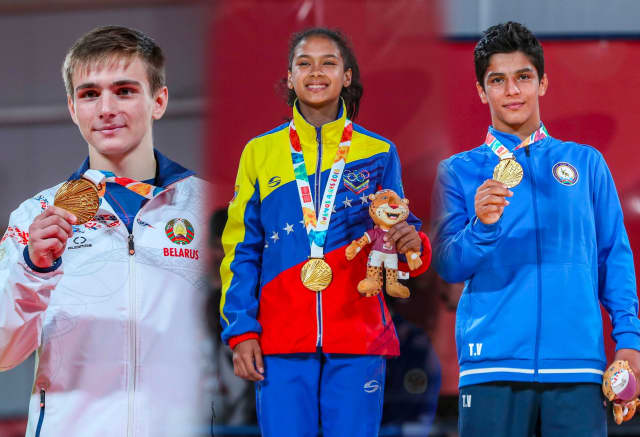 The opening ceremony was for the first time open to the general public. While the majestic Avenida 9 de Julio, the main artery of Buenos Aires, had been transformed into a giant stage, the public could sing, dance and celebrate during much of the night, demonstrating the enthusiasm of a whole people to welcome the Youth Olympic Games in their city. Meanwhile, the women's -44kg and men's -55kg and -66kg judokas were preparing to start their competition at 10:00am, the day after the opening, in front of a numerous crowd that came to watch the competitions, in the presence of the IOC President, Mr. Thomas Bach.

Mr. Bach declared: “I am always really happy to visit judo during the Olympic Games. There are many reasons for that but among the top three reasons are first the way judo has positively changed over the past years, the format of judo having become very attractive, second is the distribution of medals in judo, which shows clearly the dimension of the sport, and third but not least the social dimension of judo and all the Judo for Children, Judo in Schools and Judo for Peace programmes as it was very well shown during the Olympism in Action forum yesterday, really make a difference.“ 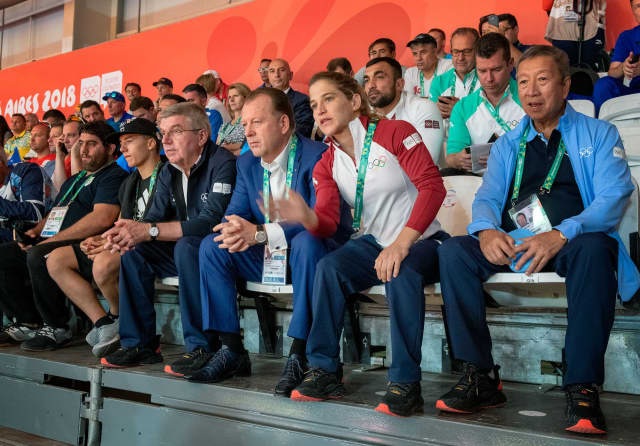 Most of the athletes already know each other because they took part in the preparation training camp that was organized in Tunisia during the month of August and to which the qualified competitors for the YOG2018 had been invited by the International Judo Federation.

But a competition remains a competition, and from the first moments of the day on, the fighting spirit was at its maximum to win a place in the final block. Since the YOGs are dedicated to the cadet age group, the double repechage system is applied in order to give young athletes the best chance to play several matches. 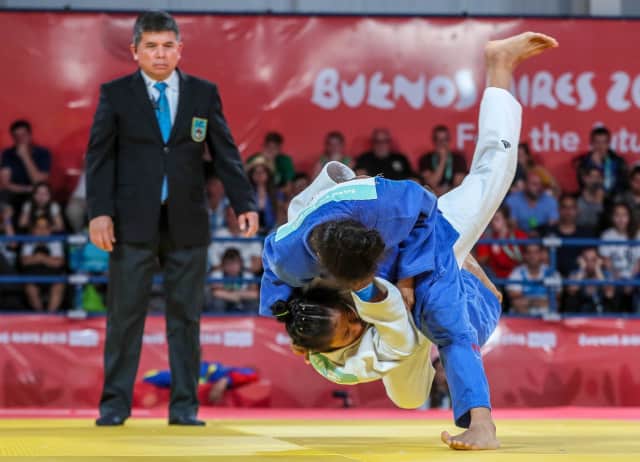 The cadet category is also a category that remains very open and in which it is quite difficult to prognosticate any result in advance. This first day was according to the rule, with some confirmation of young athletes who had already been spotted for their value and others, from countries that are not often seen on the international scene, but who today performed very well. That proves that Judo is in full development at the four corners of the planet. For instance, the fighting spirit of an athlete like Simon Zulu of Zambia who passed several rounds and finished at an honorable 9th place, demonstrated how judo is expending in all directions.

The judo venue was full today in the Olympic Park

In men's lightweight, the first finalist was Belarus Artsiom KOLASAU, who was opposed to the Mongolian Temuujin GANBURGED (MGL), who thus demonstrated the constant value of the Mongol judo school in small categories. The final being won by Artsiom KOLASAU, the first anthem to echo in the venue was the one of Belarus. The bronze medals were won by Daniel LEUTGEB (AUT) and Oleh VEREDYBA (UKR).

In the -44kg category, the final opposed the young Indian Tababi Devi THANGJAM and the Venezuelan Maria GIMENEZ, who was supported by the International Judo Federation during her preparation and during the qualification process. She imposed her style and power becoming the champion of the day. 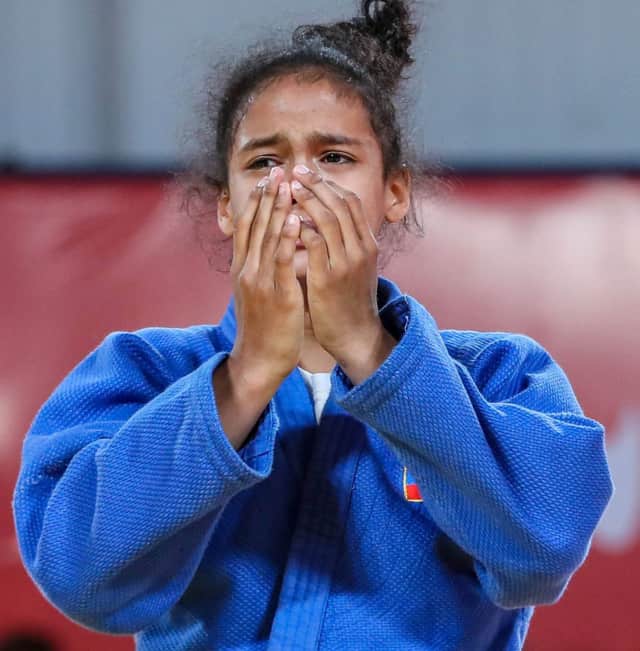 A moment full of emotion for Maria GIMENEZ (VEN)

Yet the one that made the audience vibrate throughout the morning session and in the bronze medal contest was Mikaela ROJAS (ARG), who in front of her public chained several victories, despite a defeat against the futur gold medallist. Unfortunately for Mikaela ROJAS and for the public, she was defeated for bronze and couldn't get on the podium. The public gave her a big round of applause though and kept cheering for all the athletes in a very friendly atmosphere. The bronze medal were won by Erza MUMINOVIQ (KOS) and Ana Viktorija PULJIZ (CRO). 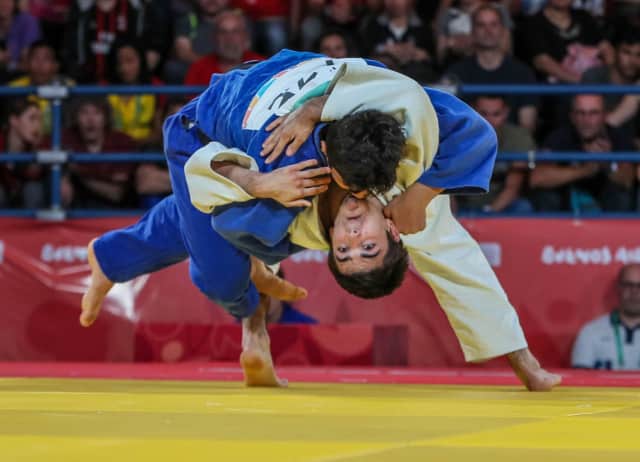 After the final of the women's -44kg, Katiuska Santaella, President of the Judo Federation of Venezuela was ecstatic: “I am so emotional that it's difficult to describe what I feel now. As I am involved in the judogi control of the competitors, I couldn't really cheer for my athletes throughout the day and I had to control myself. She had a difficult morning, but contest after contest, she gained confidence and in the final she was simply unbeatable. The situation in Venezuela is not an easy one right now, but Maria is such a nice person and so motivated that everything was and is possible. It's the first time that Venezuela wins a medal of that level. It means so much for all of us and it is the perfect illustration of all the dedication of everyone who is involved. The support of the IJF was tremendous. Without it, nothing would have been possible.“

It must be said that the public was particularly fairplay all day long and if the venue would have been twice bigger, it would have been full as well, as judo shows to be very popular in Argentina, thanks to the amazing results of Athletes' Role Model Paula Pareto, who was present today and presented awards to the winners. 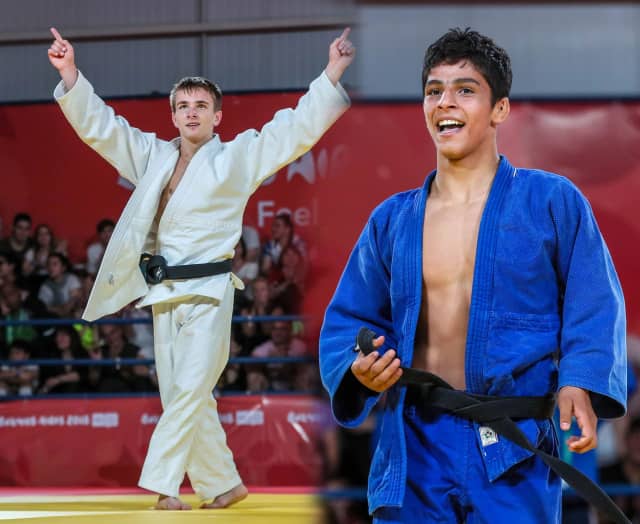 The early maturity of the eastern countries is well known and it was not surprising to find Russian Abrek NAGUCHEV and Azeri Vugar TALIBOV in the final of -66kg, as they were looking for imitating their prestigious elders who distinguished themselves at the Summer Olympics. After a spectacular judo demonstration, the title went to Azerbaijan as Vugar TALIBOV scored ippon against Abrek NAGUCHEV. The bronze medals were won by Javier PENA INSAUSTI (ESP) and Antonio TORNAL (DOM).

At the end of this beautiful day of Judo, Mohamed Meridja, IJF Education and Coaching Director analyzed the day: “I was really pleased with the behavior of all the athletes who competed today as well as of their coaches. We have seen really nice judo even if the competitors are still very young, they already showed very good skills. It is amazing to see their motivation and determination. They go on the tatami with a clear desire to win and they give everything. This is sport and this is judo. At the same time, I noticed that fairplay was a key factor of the day. This is a result of what IJF has been doing for years now and for instance the training that took place before the Games in Tunis, Tunisia, generated a friendly atmosphere between all participants and we could see that on the tatami today. Of course, it's a competition, and there must be winners and losers, but there was a lot of respect involved. This is very important.“ 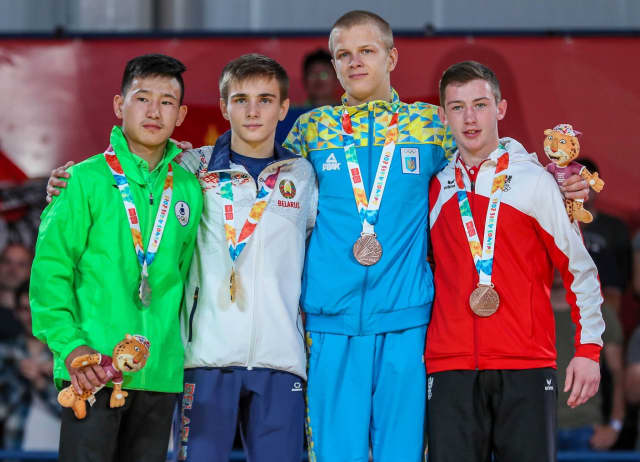 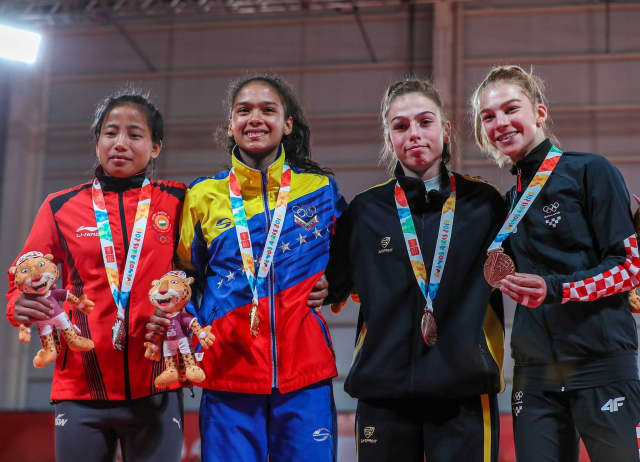 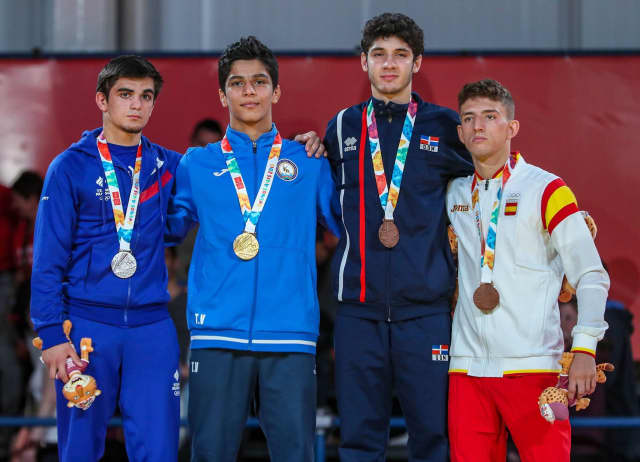