A First Day Synonymous with Ippon

Written by Nicolas Messner, Gabriela Sabau on 22. Nov 2019
Share
The first day of the Osaka Grand Slam is just over and it is already time to analyse what happened in the Maruzen Intec Arena on Friday November 22. We have asked several key personalities from the International Judo Federation to give their very first impressions. 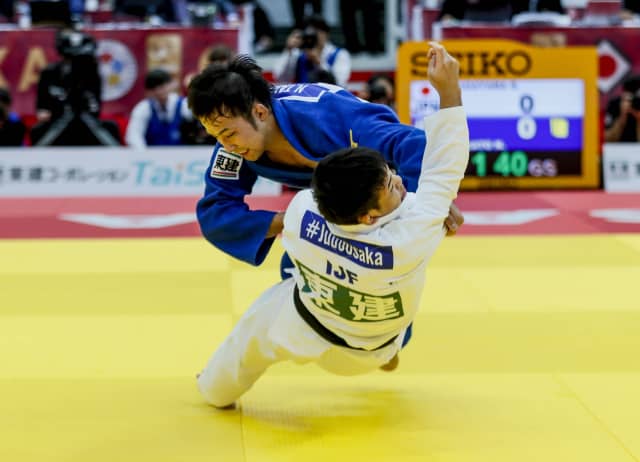 Juan Carlos Barcos, IJF Head Refereeing Director said: “It was honestly an extraordinary day of judo. It was said that the best will win, but at the end of the day, we did not necessarily have the names we were expecting. We had two amazing finals in men's -66kg and women's -52. This is real judo and we love it. The question of the judogi was crucial today. We have not changed the rules, but we are strictly applying them, and it makes a big difference. When judogi are really according to the rules, it offers more opportunities for the opponent to throw. I am really happy with that.“

Pino Maddaloni, 2000 Olympic Champion in Sydney and IJF Supervisor, explained: “It is obvious for me that Japanese athletes are at home and they are here to win. For them, it is not an option to let other nations win at home, and I like that spirit, even if I also like when foreign countries win like the French athlete Buchard.

For Neil Adams, World Champion and IJF supervisor, the key was the spirit: “Today I have seen athletes going for ippon and this is what our sport is all about. We had amazing finals, full of electricity. I saw only a couple of Japanese competitors going for penalties and being a little over tactical, but generally speaking this is the strength of Japanese judo, they go for ippon. When you do that, the result comes anyway. Everybody should aim for that, this is our role as educators and coaches as well to teach our students to go for ippon.“ 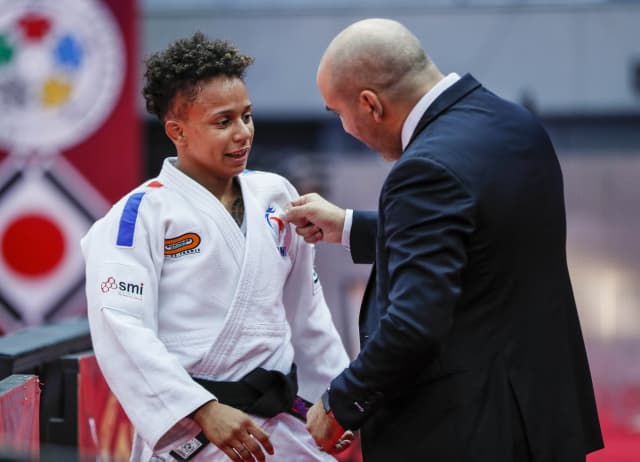 Cathy Fleury, World and Olympic Champion and IJF supervisor said it was a beautiful day: “I have observed that the matches were really engaged. In some competitions we can see long tactical phases, which, to be honest, are not very exciting. But today, this was not the case. Even if some matches were long, they were great to watch. With the Olympic Games coming closer and closer, we can feel that the competitors don't have a choice any more, they need points and for that they need to win, that's the only tactic. Apparently all the top athletes are not in Osaka, but the ones who are not, will probably be in Qingdao, China for the Masters. Those points are too important.“

Vladimir Barta, IJF Head Sport Director was also enthusiastic: “We are wondering sometimes about the length of the Golden Score, but today, I can guarantee you that, the audience could have watched for hours the golden scores in the -66kg and -52kg weight divisions. I am very happy with the referees who let the athletes compete until they could score.“

Lisa Allan, IJF Competition Manager concluded: “I am always happy to see that the host country wins medals. This is something we are expecting of course in Japan, but they also did it with style, except in the -52kg. Everyone was expecting Abe Uta to win, but, no, the French Amandine Buchard concluded a fantastic day of competition. From an organisation point of view, let's say that everything is so perfect here. The attention to details is impressive and it creates the condition for the best event possible. All feedbacks received so far are positive.“

Japan
Grandson of the Founder of Judo passed away