All About Paralympic Qualification

Written by Esther Stam on 25. May 2021
Share
It has taken over a year and a lot of patience for the athletes of IBSA judo, but there is now some good news to report! All competitions were cancelled last year due to the Covid-19 pandemic. Thanks to IBSA, the IJF and the Azerbaijan Paralympic Committee, Baku became the host city of the first IBSA Grand Prix of 2021. 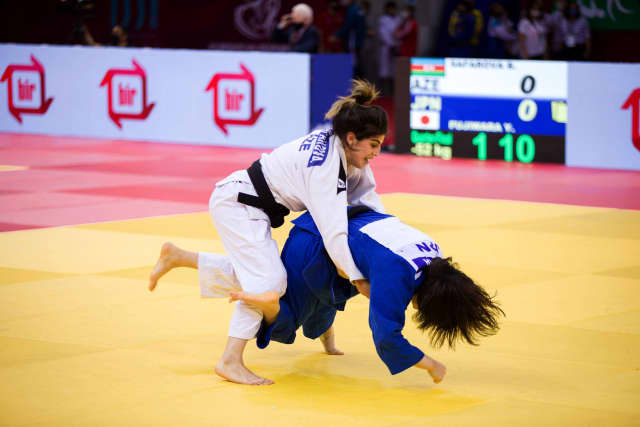 It’s one of two qualifiers left for the Paralympic Games in Tokyo. Paralympic Champion Lenia RUVALCABA of Mexico stated on ibsasport.org, “With lots of feelings, excitement, nerves and more nerves, I am starting the journey after more than a year of not competing.”

Lenia’s words say a lot about the eagerness of judoka, something that we could see during the contests of this first day of competition. It was packed with energetic judo, strong tactics and great techniques. As a result we saw the rising of some new stars. 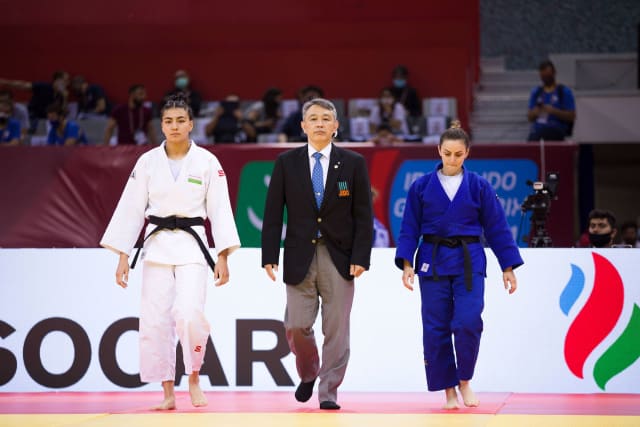 -48kg It was Ecem TACIN of Turkey who found a long awaited gold, the first of her career. She was consistent throughout the day and with a committed right o-uchi-gari she secured the win, against Lobar KHURRAMOVA of Uzbekistan.

Bronze medals were won by Shahana HAJIYEVA of Azerbaijan and Yuliia IVANYTSKA of Ukraine. It is pleasing to see the host nation take a medal so early in the competition. 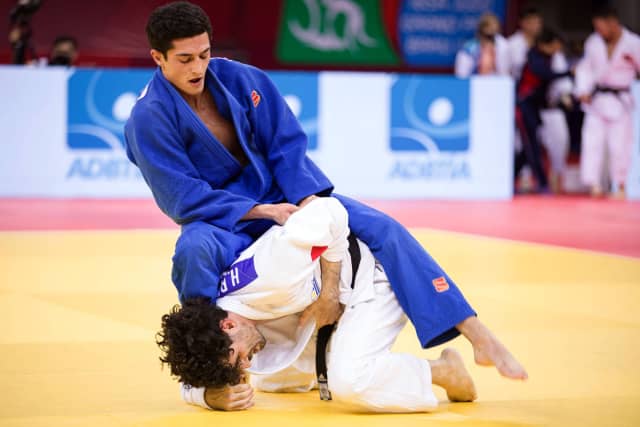 -60kg One of the most exiting athletes to watch on the IBSA world tour is Florin Alexandru BOLOGA of Romania. He didn’t disappoint today, beating world bronze medallist Vugar SHIRINLI of Azerbaijan in the semi-finals. In a really close final with the current Paralympic champion Sherzod NAMAZOV of Uzbekistan, it was the latter who opened the score, but the tireless BOLOGA kept attacking and pushing forward until he scored waza-ari by changing from seoi nage to o-ochi-gari. After that it was only a matter of time before NAMAZOV picked up his third shido, to pass another gold to BOLOGA.

Bronze medals were presented to Anuar SARIYEV of Kazakhstan and Vugar SHIRINLI of Azerbaijan. 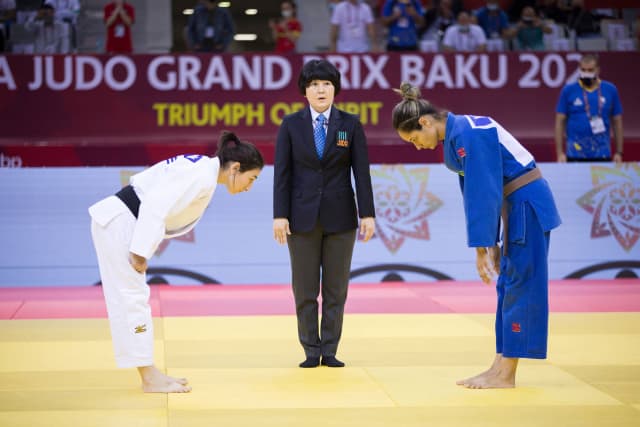 -52kg In the -52kg category, top Paralympic favourite and world number one Inna SYCH of Ukraine (previously Inna CHERNIAK) was missing today. The top seeds Cherine ABDELLAOUI of Algeria and Sevinch SALAEVA of Uzbekistan didn’t hesitate to take the advantage and made it to the final. It was ABDELLAOUI who overpowered SALAEVA with energetic and confident judo to earn the gold. After 31 seconds of golden score, SALAEVA picked up her third shido and had to settle for silver.

Bronze medals were awarded to Yui FUJIWARA of Japan and Basti SAFAROVA of Azerbaijan. 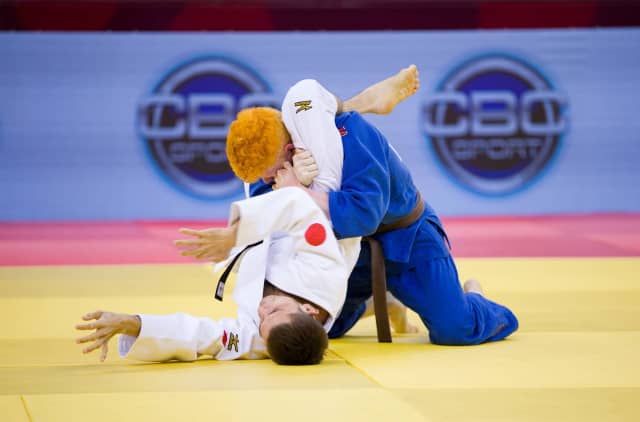 -66kg Over the last few years, Azerbaijan has invested heavily in Paralympic judo and it is paying off. Youngster Namig ABASLI (AZE) is making a name for himself in the -66kg category. After claiming a silver and a bronze medal at previous IBSA grand prix, he was able to now step on to the top of the medal podium, having faced the experienced Paralympic champion Utkirion NIGMATOV of Uzbekistan, in the final. It was NIGMATOV who was looking dominant in ne-waza, until he got himself tangled up in osae-komi-waza. It was a great win for the young Azerbaijani.

Bronze Medals were claimed by Eduardo GAUTO GALLEGOS of Argentina and Uchkun KURANBAEV of Uzbekistan. 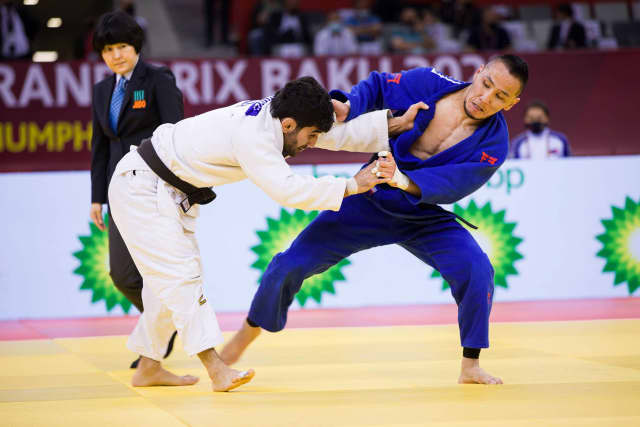 -57kg Here shone another rising star from Azerbaijan. It was Sevda VALIYEVA who showed attractive judo all day long. Unfortunately, we couldn’t see a clash between her and the current world champion, Zeynen CELIK of Turkey, as the latter went out of the competition, but we did see a repetition of the final of the last IBSA grand prix in Tashkent, Uzbekistan. Back in 2019, it was Parvina SAMANDAROVA of Uzbekistan who secured the win. This time VALIYEVA won in convincing style. In the closing seconds of the contest, she came up with a beautiful left sided maki-komi to take the gold.

Bronze medals were for Lucia ARAUJO of Brazil and Afag SULTANOVA of Azerbaijan.

Final VALIYEVA, Sevda B3 (AZE) vs. SAMANDAROVA, Parvina B3 (UZB)

-73kg In a strong -73kg category, with both the current Paralympic champion Ramil GASIMOV of Azerbaijan and the current world champion Feruz SAYIDOV of Uzbekistan present. Giorgi KALDANI could be declared the surprise of the day, beating both of them on his way to the final. Here he had to face the Tashkent Grand Prix winner of 2019, Vasilii KUTUEV of Russia. In a long golden score contest, it was KUTUEV that came up with the majority of the dangerous attacks. KALDANI did not only defend them, with a great piece of ashi-waza he finished the day with a bang and a well deserved gold medal.