Written by Nicolas Messner on 15. Feb 2020
Share
While everyone had their eyes fixed on the tatami of the Accord Arena, on 8th and 9th February, for the Paris Grand Slam, admiring the exploits of judoka from around the world, a small delegation was giving voice on the balconies of the venue to encourage Peter Paltchik (ISR), who claimed gold in the -100kg category. This concluded an incredible stay for the ten young judoka, accompanied by 6 adults, who had made the trip from Israel. 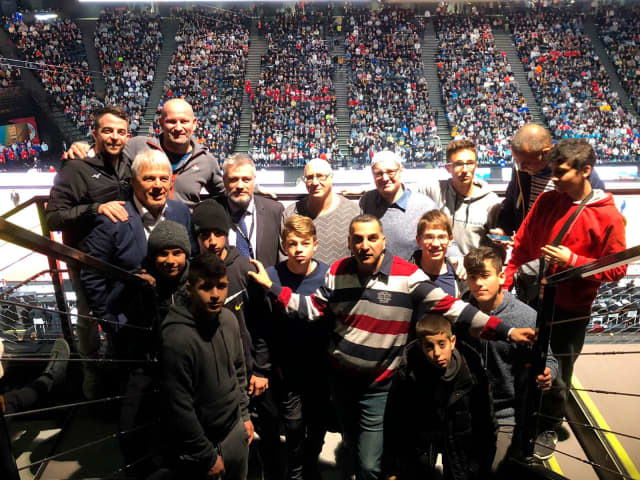 During the Paris Grand Slam

By invitation of the Israeli Judo Federation, the “Mietav” Jerusalem judo Association and the Abu Ghosh Community Center, five young Jewish judoka from the Boyer School in Jerusalem and five young Muslim judoka from Abu Ghosh  embarked on the journey from Israel, a few days before, to go to the French capital and attend the prestigious Paris Grand Slam. The keen support of the French Judo Federation and the International Judo Federation, as well as the Judo For Peace Commission facilitated the trip. The children were not disappointed; they had their champion and above all they lived an experience which will remain marked in their memory.

The delegation was part of an ongoing Israeli Judo In Schools project, which now has almost one hundred schools and 7,000 children practicing judo as part of the curriculum. It was inspired by the JUDO FOR PEACE philosophy, which promotes values of unity and friendship throughout the world and emphasises the separation between politics and sport.

"For years we had the dream of doing something different for children" said Moshe Ponte, the President of the Israeli Judo Association, before adding: "The cooperation of Muslims and Jews as part of the ongoing pursuit of the Israeli and International Judo Federations against racism in sports and the interference of politics in sport, is a great victory for sport over politics." 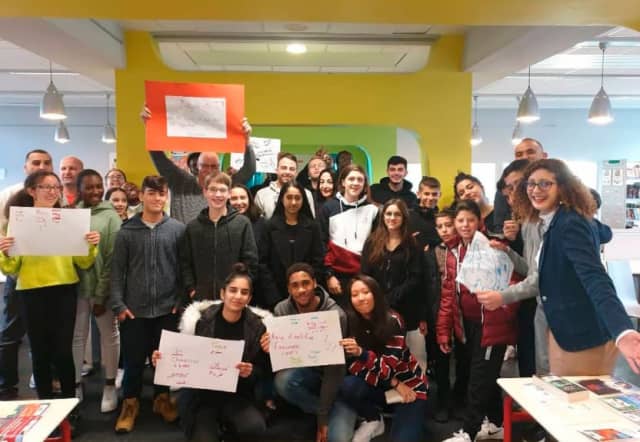 The delegation visited the Jean Jacques Rousseau in Sarcelles

Meir Russo from the Beit Esther Association accompanied the delegation and organised all the activities in coordination with the Jewish student organisation in France, UEJF (the main donor for the trip). Two schools were chosen to participate in the event: The Boyer School in Jerusalem and the middle school of Abu Ghosh (grades 7-12). Eliran Malca (Deputy Director General of the Israeli Judo Association and Director of the Israeli Judo in Schools Project), Muhammad Issa (Director of Abu Ghosh Community Center), Muhammad Salim (Abu Ghosh Sports Director) and Yoel Libster (Chairman of the “Mietav” Jerusalem Judo Association and Head Judo Coach of the Jerusalem Project) also accompanied the children.

In order to prepare for the journey and before it even started, the children had the chance to get to know each other several times and could practice judo and create exciting friendship links between them. The initiative was supported immediately by Moshe Ponte and Eliran Malca, and received the support of Marius Vizer, President of the International Judo Federation and the JUDO FOR PEACE Commission.

Beyond having attended the Grand Slam and enjoying the show, the children trained in the town of Sarcelles, close to Paris, at the local club and they participated in an anti-racism seminar organised by the UEJF, an association that was created after the Second World War, based on the resistance network. 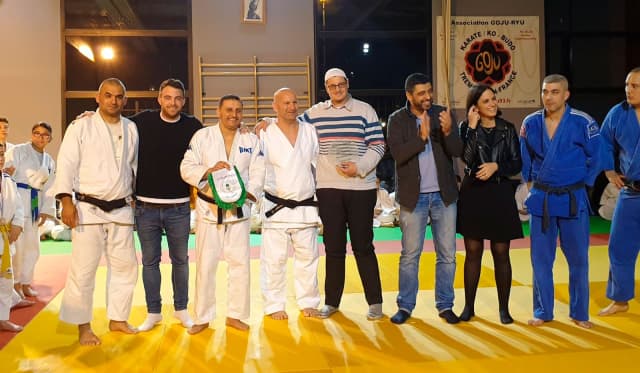 The leaders of the group

Moshe Ponte also added: "This is a dream come true for the Judo Association to implement such an initiative. I am delighted with the huge success of the judo project in schools, which is growing every year in large numbers and I wish one day to see one of the children from the project compete at the highest level in the world.“

Eliran Malca said: “We are excited to put such an initiative into practice. Once again Judo proves that values and sport can go hand in hand. I would like to thank the UEJF Association personally for making the project happen and for their endless war on racism, a war that makes the world a better place.“

The children came to understand the value of judo and its universal approach to equality too. Before the programme began, the children were wondering if they would understand each other. They were a little scared to go to another country and not be able to share the same language and same values. Seeing them in the stands of the Accord Hotel Arena, on the tamami in Sarcelles and during the seminar against racism, proved that sport and especially judo can break all barriers and create true friendship.