Written by Nicolas Messner on 12. Oct 2016
Share
In the international sports landscape, judo in India does not look as something that stands out, the country being better known for its passion for cricket for instance, the national sport if one refers to the number of players and to the number of broadcasting hours of this sport. But it is important to go beyond the conventional wisdom. The recent judo educational journey through India, organised by the International Judo Federation and the Judo Federation of Indian helped to lift the veil on judo on the Indian subcontinent. 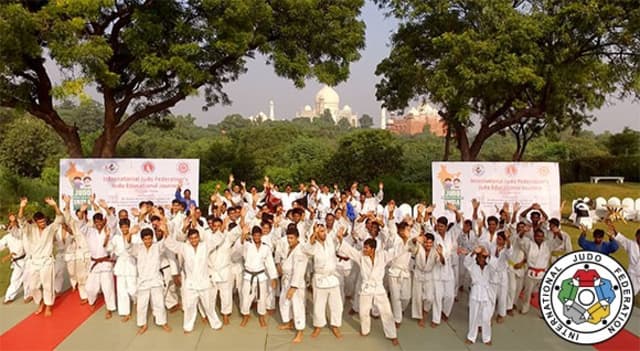 “
“The Judo Educational Journey through India, organized for the very first time in this part of the world, was a real success. I want to congratulate all the people from the IJF, to the Judo Federation of India and the regional and local organisations for all the work done to make this event a success. Judo can bring important values to the society. Through a journey like that we are able to carry them all directly to the judo population and beyond.“
Mr. Marius Vizer, IJF President
“
“I want to thank the IJF for giving us this opportunity and sending us its experts, Ungvari Miklos and Nicolas Messner as well as filming team. The tour was very successful right from the beginning when we started the journey in Agra, which is worldwide known for hosting a monument dedicated to love and affection. By starting the journey in Agra, we also gave the message that judo is full of love and affection. It is not only a sport but an art to develop crucial values in the society. It also helps the overall development of human beings. The tour was colourful and spicy as is our country.“
Mr. Mukesh Kumar, President of the Indian Judo Federation and General Secretary of the Judo Union of Asia explained 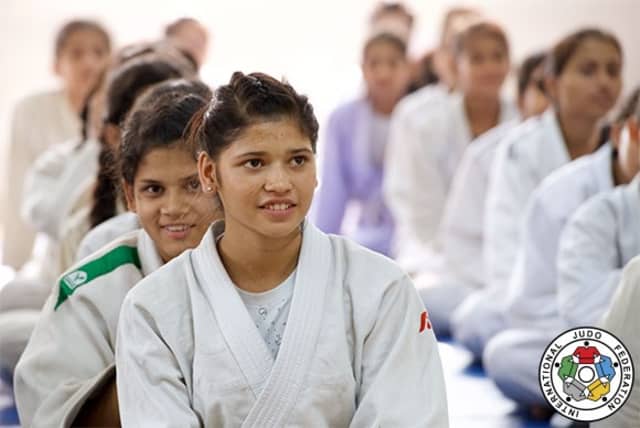 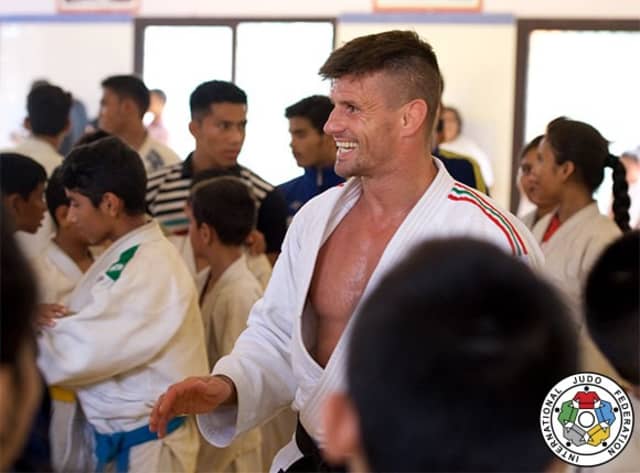 “
Ungvari said: “I came here without any precise idea of what I will find. I must say that the whole tour was absolutely amazing. Everywhere we went we were warmly welcomed. And warmly is probable not enough to describe what I feel today. I have found thousands of people who are passionate for our sport and this is incredible. This journey is a life-time experience for me. I will not be the same after it.“
Ungvari Miklos 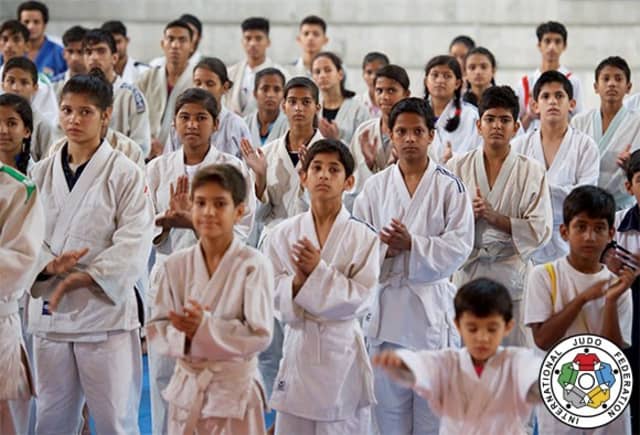 “
“Through this journey, we have covered lots of clubs and judo centres, which have been launched by the Judo Federation of India, through the north of the country. More than 3,000 players directly benefited from the interaction with the IJF experts and they learned lots of new judo techniques from Miklos as well as the judo educational values from Nicolas. This is a wonderful protect of the IJF, which we would like to continue every year so that we can offer the same experience to a maximum number of judo players. Next year we would like to go to south of India for instance and then step by step in other zones also.“
The JFI President also commented 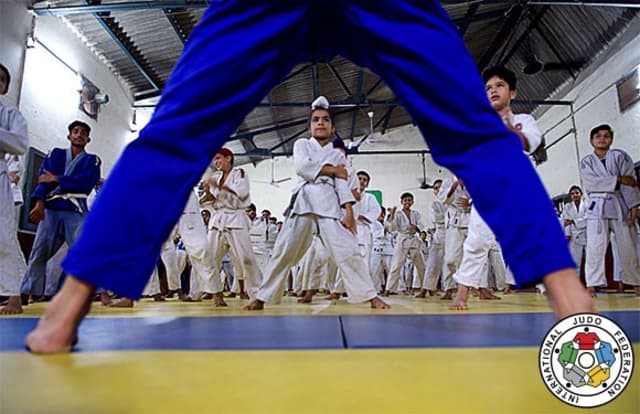 “
"It's not always easy but we have the desire and the passion. I participated in my first Olympic Games this summer in Rio, but my dream is to become Olympic medallist, as Miklos, who is a role model for me. Having Miklos here with us in Gurdaspur is amazing. I can’t believe it. Today in my community, I am already recognised and I became a model for the younger generation but I want more. The IJF tour gave me a boost.“
Avtar Singh, Indian Olympian in Rio 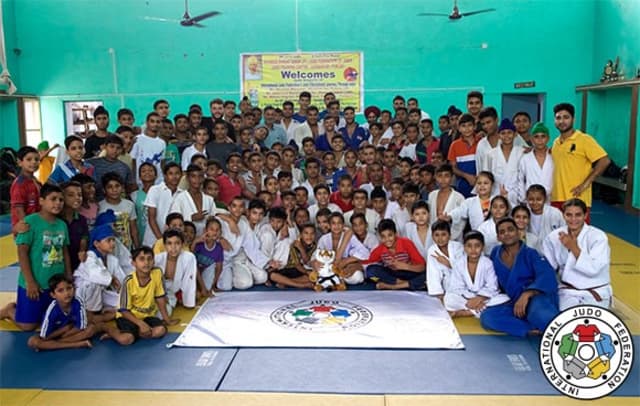 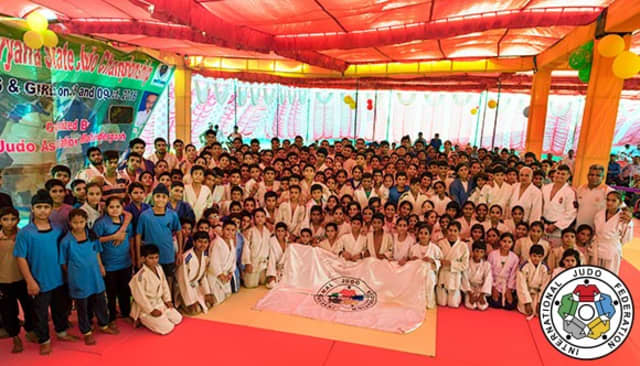 “
“Our playing judo population needs to be developed if we want to reach the top level with more players. For the moment we have approximately 15 to 20,000 judo players throughout the country, which we want to increase to 50,000 at least in the upcoming three to four years. This is one of the aims and objectives, which our judo federation wants to achieve, through this IJF Judo Educational Journey programme, as well as other objectives we have already started with the help of the IJF. For example, eight JFI judo centres have already been started by JFI in collaboration with some NGO’s. And our target is to have at least 20 to 25 centres like that, so that the players can get the best facilities possible.“
Said Mr. Mukesh Kumar 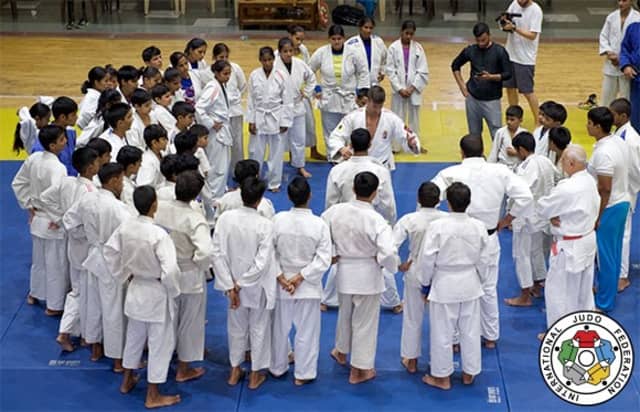 “
“Another aspect which we are looking at through the educational journey is to develop peace in some of the tense areas around our borders. There are some other areas where we have to promote judo in order to solve social issues. We have already started projects in six of this areas for those children who are neglected in the society or affected due to disturbed situations. JFI would like to promote peace through the programmes of the IJF Judo for peace commission, which is an excellent contribution from the IJF for the world community.“
Explained the JFI President 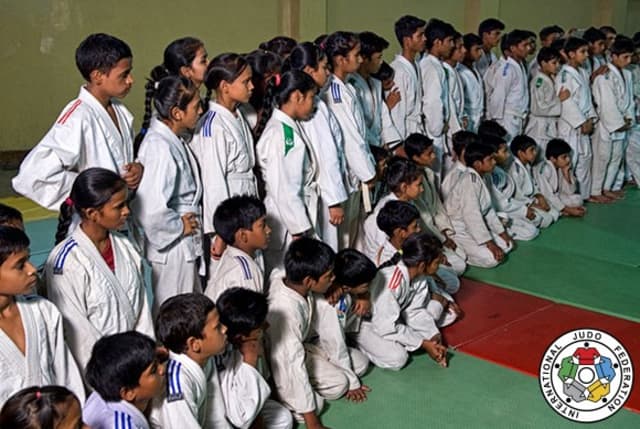 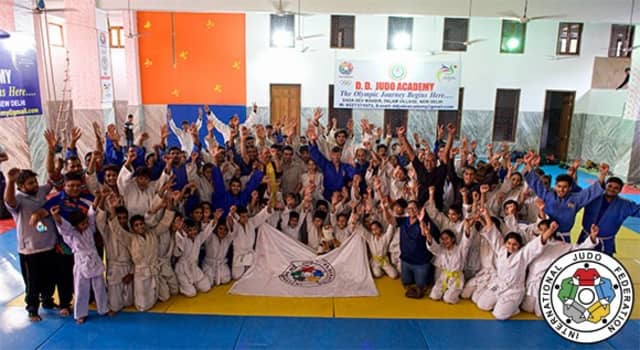 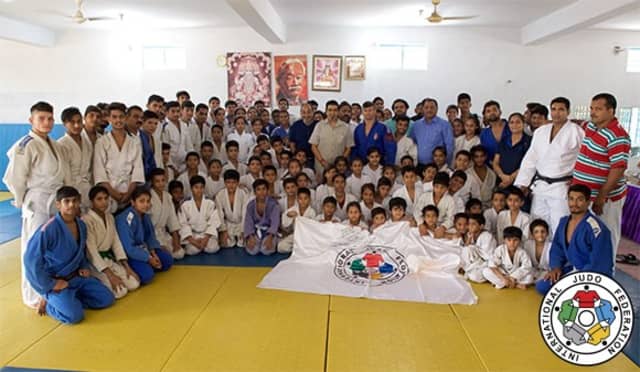 Tags India Judo Union of Asia judo family judoka Education More than a sport Judo for Peace Judo for Children Judo for the World
See also
News
Judo on Everest: Sabrina did it!