Written by Mark Pickering on 17. Oct 2016
Share
The Czech Judo Federation is still riding the high of Lukas Krpalek becoming their first every Olympic judo champion at Rio 2016 and on Saturday the European national federation had more reason to celebrate as it was their 80th anniversary. 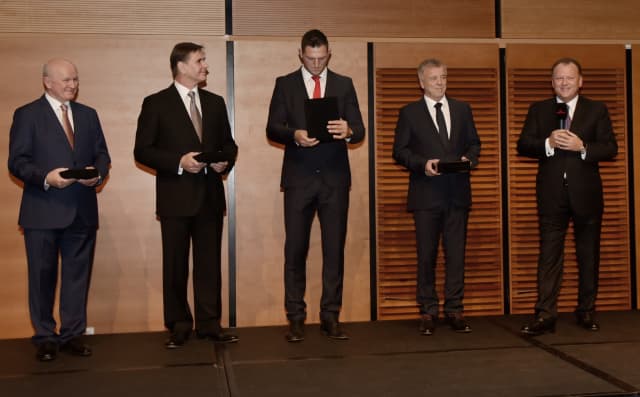 Mr. Marius Vizer, IJF President, was among the special guests in attendance and made presentations to recognise the Czech Judo Federation. 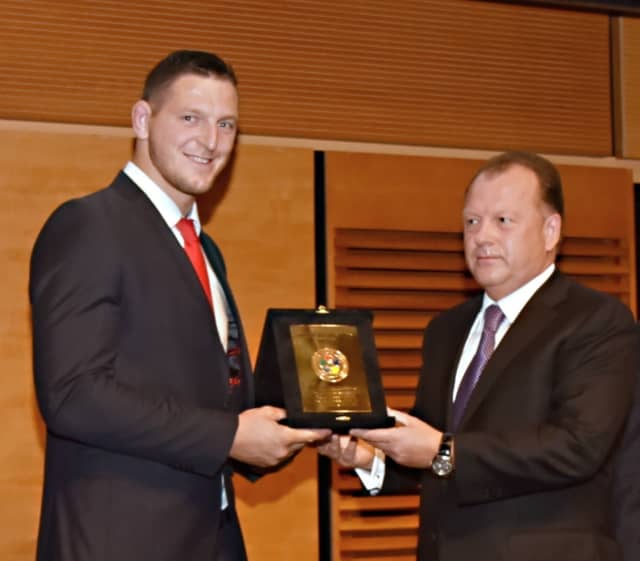 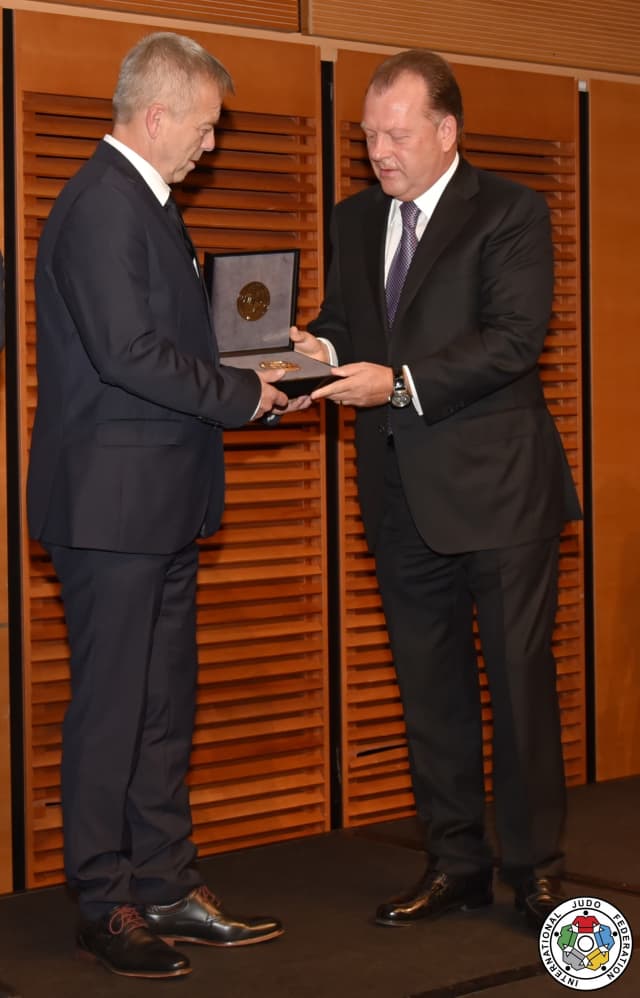 Mr. Vizer presented a special award on behalf of the Kodokan 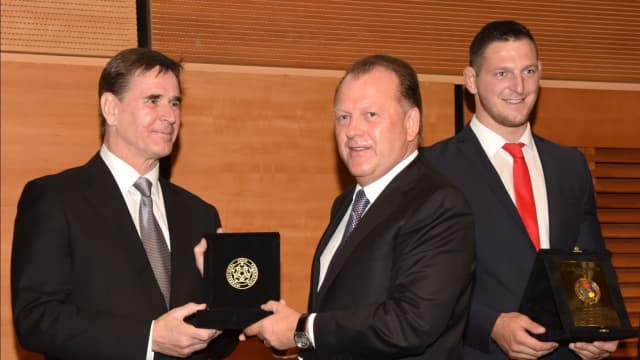 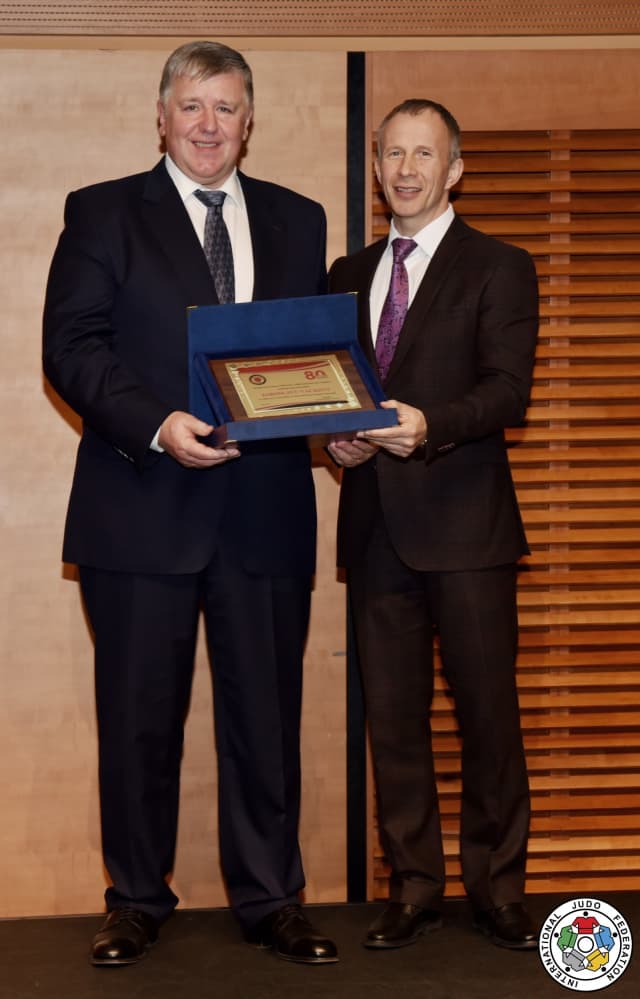 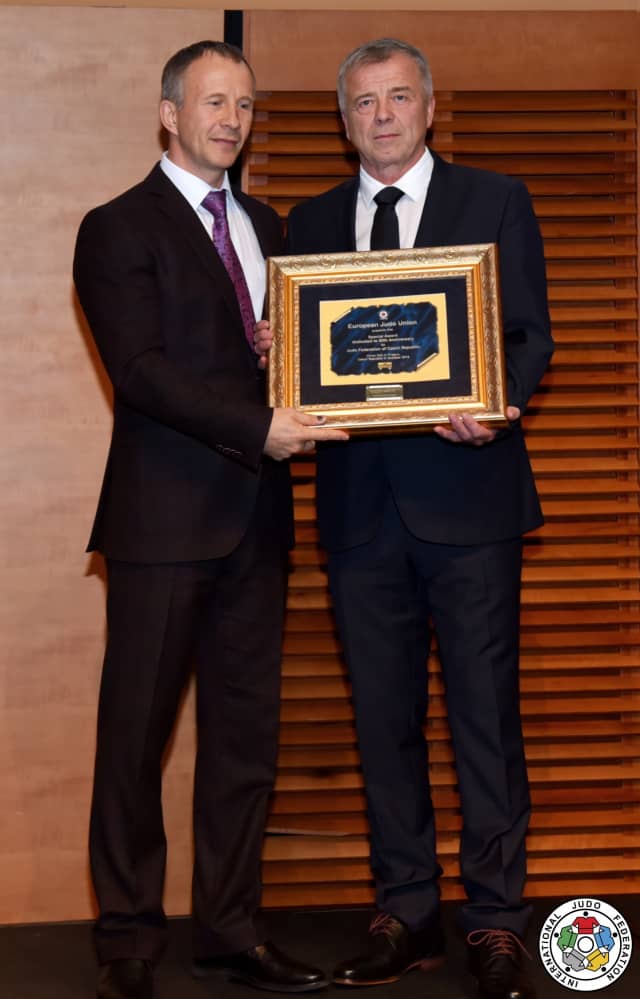 Mr. Soloveychik, EJU President, was one of over 200 guests at the celebration gala dinner