Economic and Sports Cooperation in Vladivostok

Written by Nicolas Messner, Marina Mayorova on 12. Sep 2018
Share
The port city of Vladivostok, in the far east of Russia, is home to the Eastern Economic Forum for three days (11-13 September). It is in this prestigious setting that the International Jigoro Kano Judo Tournament, under the auspices of President of the Russian Federation Vladimir Putin and Prime Minister of Japan Shinzō Abe, took place. Khaltmaagiin Battulga (President of Mongolia) was also present alongside with IJF President, Marius Vizer. The tournament is one of the main sporting event attached to the Forum. 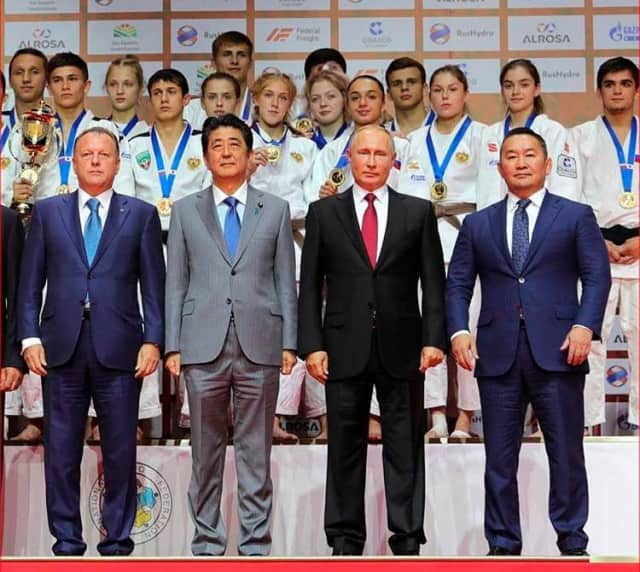 Initially designed for two countries (Russia and Japan) and for Juniors, the tournament, supported by the International Judo Federation, this year welcomed five cadets delegations (Russia, Japan, Mongolia, China and South Korea) composed of mixed teams of 8 women and 8 men. The judo event encourages the strengthening of friendly relations between peoples. 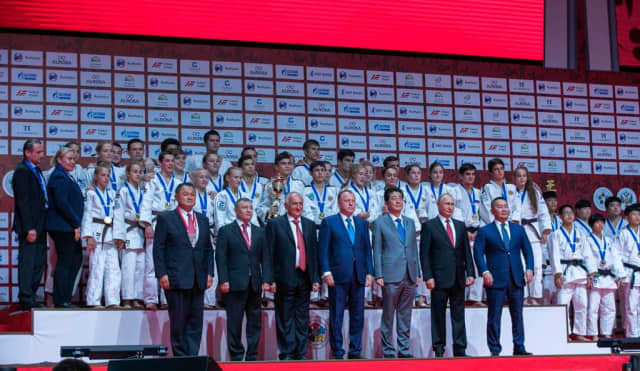 The choice of Vladivostok was not made by chance as in 1917, more than 100 years ago, the first Russian-Japanese judo tournament was held in the city. The idea of organizing this tournament was supported at the state level in both countries, and in collaboration with the Russian Judo Federation, led by Vasily Anisimov, the concept of the mixed team competition was developed.

From left to right: Khaltmaagiin Battulga (President of Mongolia), Vladimir Putin (President of the Russian Federation) and Shinzō Abe (Prime Minister of Japan) during the final block of the International Jigoro Kano Judo Tournament.

During the opening of the 2018 edition of the tournament, Vladimir Putin declared: “I would like to begin by thanking Mr Yasuhiro Yamashita for the very idea to hold an annual tournament here in Vladivostok. I think we are doing well and this tournament is becoming a tradition.

I would like to thank the International Judo Federation and Mr Vizer for their support. This is yet another venue for the development of our favourite sport.

I would also like to thank my colleagues – the President of Mongolia and the Prime Minister of Japan for their support and for being with us today.

Of course, I would like to thank the organisers – the Russian Judo Federation and my friends from this federation, who are spending much time and effort on the development of this sport.

And, of course, I would like to congratulate the participants, all of them. This year five teams took part in the tournament. I would like to say that they demonstrated very good technical skills, good judo and a youthful exuberance that is typical of sport in general and judo in particular, as well as the will to win. What we have seen today is certainly worthy of the name of judo founder Jigoro Kano. Our tournament bears his name.

This is a good start, a good beginning for any athlete: to show their worth, to make a name for themselves and display their potential. I am sure we will see many of the young men and women here today at international competitions and tournaments.

We all wish you success. Thank you very much.“ 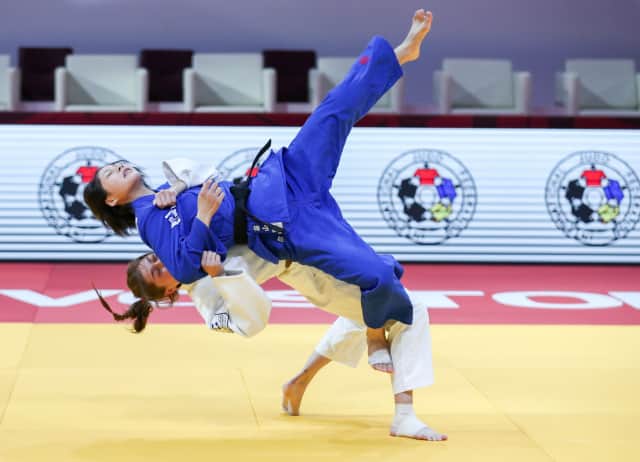 During the judo tournament, which saw the final block take place in the presence of several heads of state (Vladimir Putin - RUS, Shinzō Abe - JPN, and Khaltmaagiin Battulga - MGL) and personalities of the sporting and economic world, the best Russian, Japanese, Mongolian, Chinese and Korean cadets clashed in an atmosphere that was both competitive and friendly, in accordance with the judo values.

The last match of the day saw the host team, Russia, facing Japan and it is the Cadets Russian team who won the gold medal after a very tight final. The last minutes were particularly tense as after 16 matches, both teams had the exact same number of victories, eight each. The heavy weightcategory was drawn to designate the winner and if Joseph Simin (RUS) had lost his first bout against the Japanese Soma, this time, he could win offering the gold medal to Russia. The trophy was presented by Vladimir Putin.

In their first participation in the International Jigoro Kano Judo Tournament, South Korea took the bronze medal after having defeated team Mongolia by 10 victories to 5 in the bronze medal contest. 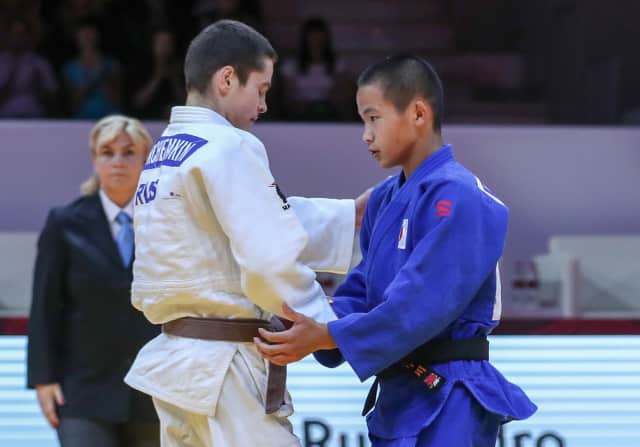 Eastern Economic Forum As a prelude to the tournament, Marius Vizer participated in the debates of the Eastern Economic Forum during which topics were discussed such as the issues of international cooperation in the Asian region, the possibilities of cooperation during the preparation for the Olympic Games, and the use of the sports bases of regions and countries to prepare Tokyo 2020 and Beijing 2022 Games. 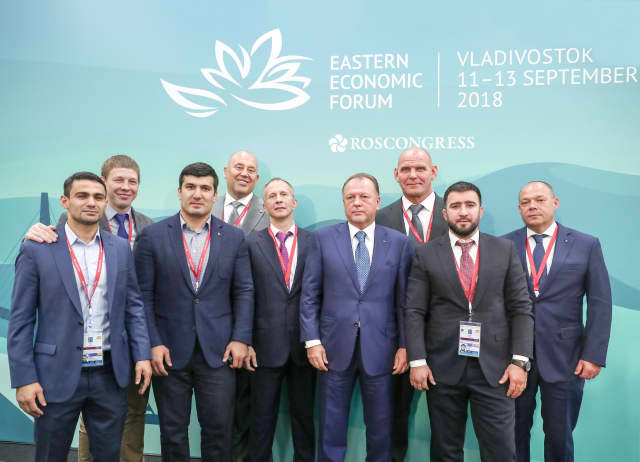 The President of Mongolia, the leaders of Russian sport, IOC representatives, the head of the Olympic Committee of China, the head of the Organizing Committee for the 2022 Games in Beijing, and the President of the European Judo Union, Sergey Soloveychik, also participated in the discussions, in the presence of several Judo World Champions and Olympic Champions including Arsen Galstyan, Mansur Isaev, Tagir Khaibulaev and Ivan Nifontov.

Eastern Economic Forum: The Eastern Economic Forum was created by decree of the President Vladimir Putin on May 19, 2015. It is held every year in the city of Vladivostok, on the site of the Far East Federal University on Russky Island. The forum is recognized by the global community platform to build and launch projects to strengthen the Asia-Pacific's business relationships and increase its competitiveness.