21. May 2018
Share
On the occasion of the Hohhot Grand Prix (China) that also marks the launch of the Tokyo 2020 Olympic Qualification period, Mr. Marius Vizer, IJF President answered the questions of the IJF Media department about the homecoming of judo in Japan, within two years, and many other aspects of the Olympic Games organization. 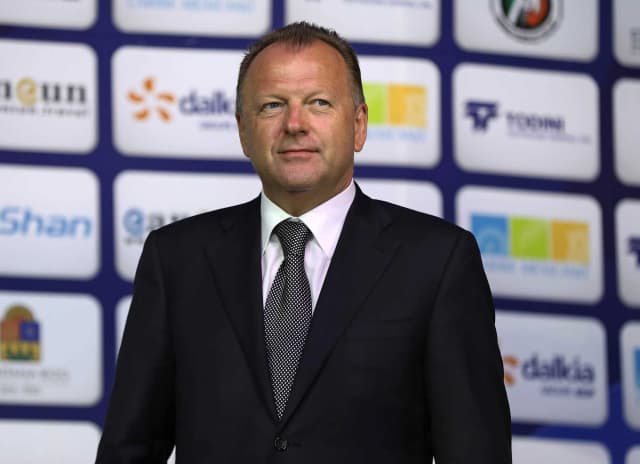 Marius L. Vizer: The Olympic Games are the most prestigious event for all sports. We are highly honoured to be one of the top sports of the Olympic movement.

In Rio, the international sports movement went to the South American continent for the first time for the Olympic Games. In 2020, it returns to Japan. What does this comeback mean for judo, whose roots lie in the land of the rising sun, knowing that the Olympic tournament will take place in the same venue that saw Anton Geesink’s triumph in 1964?

What do you expect from the period that opens on the occasion of the Hohhot Grand Prix in China?

Marius L. Vizer: The Hohhot Grand Prix will open the Olympic qualification and as usual, China is a good host and organizer. I am convinced it will be a great event with increased participation.

For the first time in the history of judo, the Olympic tournament will include a team event. Why is this format of competition so important for the IJF?

Marius L. Vizer: The team event is vital for our sport because it became part of the IJF calendar a long time ago and having the mixed teams competition will create a perfect occasion for our sport to show the same respect for genders as well as to offer the chance to our top judo nations to achieve additional medals. The team event is very exciting for the athletes and the public equally and will provide the Olympic movement with an added value.

What contribution does judo bring to the Olympic movement?

Marius L. Vizer: Judo brings an outstanding contribution to the Olympic movement through its moral code, values and principles. Furthermore, the competition is an extremely exciting event followed by hundred million of keen followers.

What have been the successes of judo during the last two Olympic cycles which made our sport a leader in the international sports family?

Marius L. Vizer: One of the main successes of judo during the last two Olympic cycles consisted of its universality. In the past two Olympic cycles we have qualified more than 135 countries and a quota of 386 athletes which is the epitome of an exigent qualification criteria in the Olympic Games. Moreover, judo is also a model of behaviour, management standard, respect and harmony in a multicultural milieu.

Beyond the sporting dimension of such an event, how can judo help transform society and give new dreams to young people who have lost hope?

Marius L. Vizer: As I mentioned earlier, judo’s values are crucial for the society. Apart from carving champions in the competitions, the main goal of judo is to build up champions for life and the main mission of our sport is to convey its values to the society and contribute to its betterment.

There are still two years to wait before the opening of the Tokyo 2020 Games. Judo having proved its ability to evolve and adapt continuously, are there any changes to be expected from judo in the next two years?

Marius L. Vizer: We made our sport more understandable to the grassroots, viewers and spectators. Also, we focused on fair-play and transparency.

Marius L. Vizer: The Olympic Games of 2024 and 2028 will be held in top event locations: in 2024, in Paris, in a country ingrained in the tradition of judo and our mission, and in 2028, in Los Angeles, in a country which is important for the promotion of our sport.

Are there athletes or nations that you will be following more closely during the next two years?

Marius L. Vizer: I always watch with lively interest the evolution of all the participants from every country, especially the newcomers who develop and become successful in our sport.

Japan will play at home in 2020. After a failure in 2012, at the London Games, the country has again become dominant on the international scene. The advantage of the field promises a beautiful harvest for the Japanese judo. What is your view on this Japanese winning machine?

Marius L. Vizer: Today, judo is a very universal sport but of course, usually, after the Olympic Games, some generations are replaced by the new generations. I am convinced that Japan will deliver a high-quality judo, and of course, a lot of countries will be ready to equal the high-ranking Japanese team.

How do you explain that judo has become this universal discipline, practiced massively on five continents and whose success is growing? What makes judo a sport apart?

Marius L. Vizer: The International Judo Federation is focused on the promotion of judo in many sectors and at many levels. Judo for Children, Judo in Schools, Judo for the World, Judo for the Peace, Judo for the Refugees are programmes which are financed by the IJF and which contribute to the development of judo as mass sport. Judo stands out thanks to the quality of preparation of high-level athletes, who are the flagship of our sport, along with the values conveyed to the society.