Fabio Basile: Self-Belief is Everything

Written by Jo Crowley on 25. Apr 2020
Share
Fabio Basile was, to all spectators, the unlikely champion of the Rio 2016 Olympic Games. He qualified at the last minute, but had always told himself he could win. And he did! He did it in style and became a firm favourite with the crowd, always giving an elated celebration, the Italian energy we have come to expect.

Sheldon Franco-Rooks, IJF Commentator, spent some fun minutes speaking with Fabio, via a live broadcast, discussing this new life we are all living and why it is so important to do the right thing, now more than ever.

Fabio jumped straight in, passionately and with an open approach, giving a clear overview of his position and thoughts at this challenging time,

“I’m good, family is ok, training is ok. Nothing is changed for me. It’s ok. I’m at the Olympic centre in Rome and I continue my training. It’s a difficult situation here in Italy. We are just understanding how dangerous this virus is and we have to be very careful.

Training is a bit different, of course. Now I’m using a lot of time each evening, before sleeping, to watch all the fights of my opponents and I’m practising movements to do with this. Murakami Sensei is with me always and looks after all that I need. 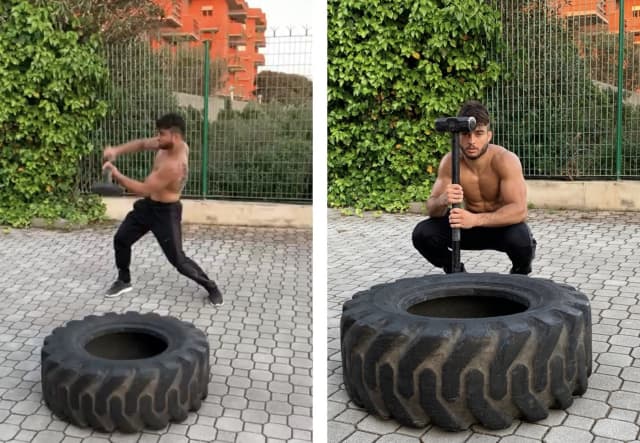 -73kg is a very difficult group and I like it. It’s a great challenge and I have good motivation to win in this tough category. I can’t wait for the next competition. I dream all night about fighting.

After Rio I stopped competing for 6 months. It was a difficult period with all the media and how busy it was, so I chose to rest. That time I chose, but now I am blocked from competing and it’s necessary. The whole world is hurting, not just Italy, so we have to not compete, for the safety of everyone in the world. It’s not a joke.”

Sheldon turned to the beginning of Fabio’s judo career, “Around this weight, around 73kg, Italy has an amazing history with Gamba and Maddaloni, to name just two.”

“I started judo after Maddaloni won in Sydney. I said to my mother, at 6 years old, that I would win one day at the Olympic Games. Mum said to continue with study and school, that it was more important, but I said it again, ‘mum, I will win!’ If you really put the time in, the dream can become a reality. I don’t believe a lot about talent. I believe in work and dedication.”

Sheldon continued to build a picture of Fabio’s progression, “I knew you were young and only just qualified. You told me ‘I will win, I will win the Olympics!’ I thought ‘yeah, good luck’ and then you did. I saw you come though from cadets. I knew you had talent but to win the Games at that time? So then, after Rio, what now?” 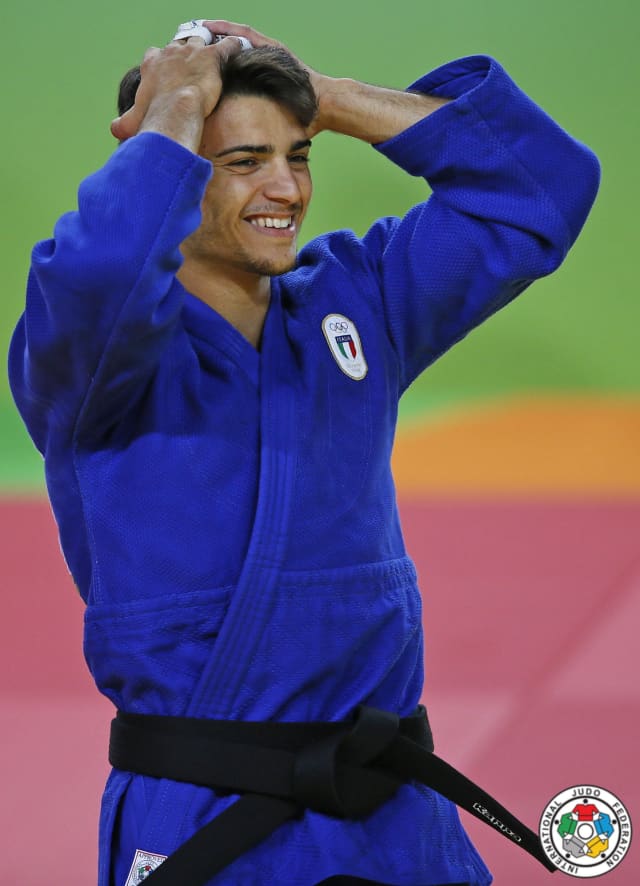 He said he would and he did! Fabio Basile: 2016 Olympic Champion

“Once you are Olympic champion what can be next? It’s hard. So I think to win the Olympic Games in a new weight. If my head thinks I can’t do it, this is not a good mentality for me. If I believe I can do it, I will aim everything at it and will just work for this. Krpalek (CZE) can win the Olympic Games in a new category too, I’m sure of it, but I will do it first because I fight 3 days before.” They laugh together at Fabio’s competitiveness and mischievous ideas.

He continues, “An Changrim and An Baul, I study them and I want to learn some of their techniques. The Europeans is very difficult, with strong people from Azerbaijan and Russia, like Iartcev, Mogushkov, Orujov. What I really want, though, is a refight with Ono. I really want this. Dusseldorf was not in my programme before because Tel Aviv and Paris were big events and I would usually be tired by Germany, but I told my coach I want to go and fight Ono. As always, FIJLKAM supported me and helped to make the change to our plans. For me Ono is one of the best judokas in the world, not just the world, but in the history of judo.

When I fought with him he was even stronger than I thought, but now I know! He will surely fight in Tokyo and will be so strong, but I will be ready and will be at the top of my judo. I have this feeling now that I had before Rio; I feel myself coming up to that level and I know on the day I can beat Ono.”

Sheldon moves the conversation on to the unique situation of a postponed Olympic Games, “Do you think this will play with selections and standards for some athletes? Someone like Gjakova (KOS) who dislocated his elbow so badly recently, is likely to have missed the Games, but now he has the extra year to recover. There will be lots of stories like this and the reverse. How does it affect you?”

Fabio is clear, “If you are the number one you can win it when it is in 2020 or 2021. People who complain about the change should not talk. They should train. If I want to really be Olympic champion I will train and win in July 2020 or July 2021. Makes no difference. There can problems for some people who lose a lot of weight and to go for another year may be really hard for them. For me that is no problem as I moved 3 weights in 4 years. My maximum has been 74 so far.

A lot of people don’t like my style, you understand? ‘He doesn’t have perfect spirit about judo.’ I always respect my opponents. I know what they did to arrive at the mat. Other people like a little bit of a show when we win. I train all day and all night. When I win my heart explodes and I celebrate. And I will win again, regardless of the date.”

Then a thought about -81kg next, “My brother in training, Esposito, fights at -81 and I never ever want to fight with him, but maybe there is a chance to go back to -66kg in the future. Now I’m concentrated on my objective for Tokyo at -73kg. I will consider things after this. I don’t want to think about the future after the Olympic Games. I just focus on my goal for now.”

Bringing some more fun into the frame, a bit more of Fabio off the mat, “We saw you in ‘Dancing with the stars’ and there is a good cooking show with celebrities in Italy too. Can you cook?”

“No, no not me” smirks Fabio, “I cook only tomato in pasta. I love Japanese food, it’s my favourite, but Italian food is number one in the world, as all people know.” 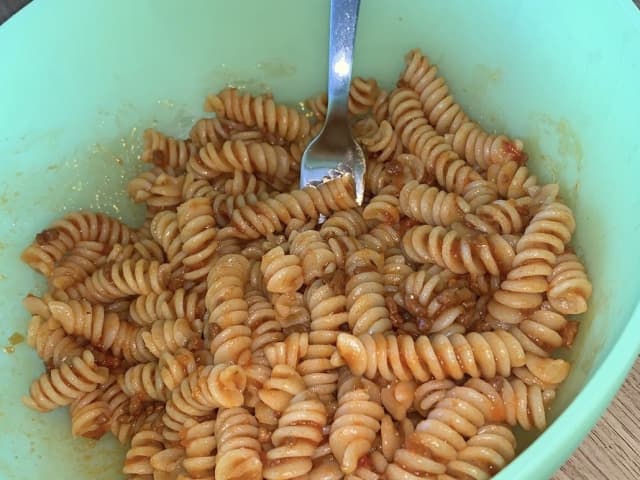 The staple dinner of a champion

Sheldon closes the conversation by asking for a Message to all those listening and again Fabio is ready with his response.

“Firstly, stay in your home and stay strong. Think about the suffering of the whole world and don’t put your own goals in front of the need for us all to stay healthy. Secondly, it is necessary to always think positively. If you want to become a champion you must accept things are hard and stay positive anyway. When things go well it’s easy but when things go badly you have to still keep positive. In the moments of struggle you can improve and learn more, but only with that permanent positivity.”