By Gabriela Sabau, Marina Mayorova, Jo Crowley on 23. Feb 2020
Share
At 29 years old and with a full judo CV behind her, Laura Vargas Koch is ready for new challenges. She won 3 European medals, a world silver and of course became an Olympic medalist in Rio De Janeiro in 2016. 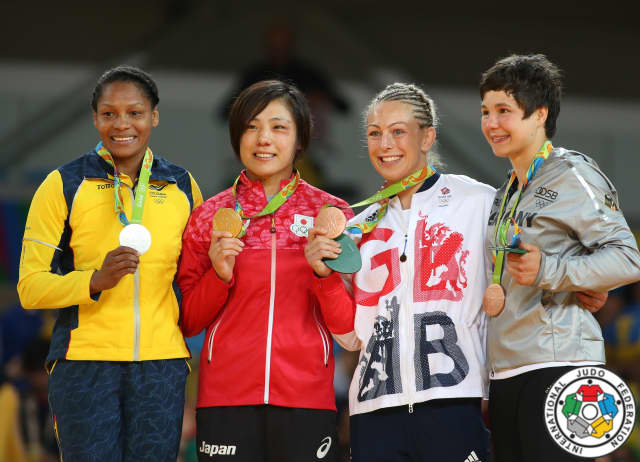 Sharing the Olympic podium in 2016

Laura last competed in Budapest in 2019, with a plan to compete at the world championships in Tokyo, but at the preparation camp she injured her knee, yet another ACL injury.

“After that I did some of my own training for 8 weeks and then back to judo and I noticed that my motivation wasn’t the same as it had been in the past.

Originally the plan was to be ready for Düsseldorf. It is a major part of the selection process for the German team for the 2020 Olympics in Tokyo. The doctors advised me to have surgery sooner rather than later and so it became an easy decision simply to retire now. No Düsseldorf and no Olympics.

I finally decided that to retire now is not so bad. I’m almost 30 and I have been on the tour since 2012. 2013 was an incredible year with medals almost everywhere.

In 2014 there was a Europe v Asia team match as a one-off. The Europe team was managed by Mr Ezio Gamba, who had fought at the event himself many years before. In my team was Zantaraia, Monteiro, Van Emden, quite an incredible group of people to share that intense experience with. It was a real highlight of my career. I really love team events. 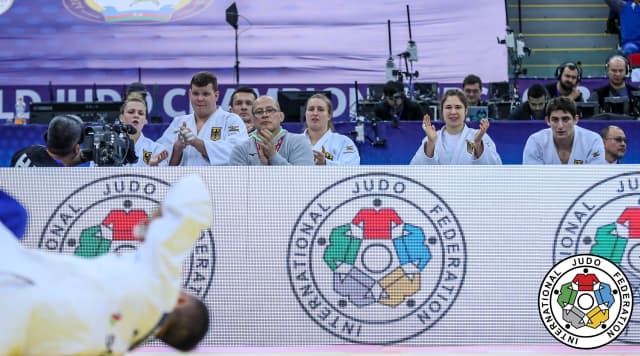 After 2016 I was deciding to continue or not and actually the prospect of a team event at the Olympics in Tokyo was a real spur to continue. What an event that will be. My knee won’t allow it, but I will be watching and cheering on the German team.” 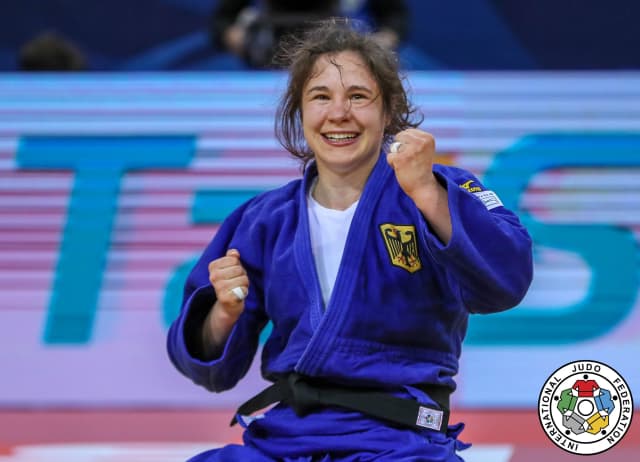 When asked what her life holds ahead, Laura gave her customary big smile, the one that earned her the nick-name ‘Baby Face’ and she spoke about a different side of life,

“I have been researching for a PhD in mathematics and now I’m almost finished.” She laughs, “Now I can accept all invitations for seminars and conferences and I have had to turn down so, so many. I started the PhD in 2013. For me it has been good combining studies and judo. I gained a lot from having the two running side by side. Each was a relief from the other, a good balance. Now I have a position at the university, RWTH Aachen. I will start to teach soon but for now I am supervising Masters students and I’m really enjoying it.”

“My judo career has given me so much. I really enjoyed travelling and meeting different people. I made some amazing friends who became almost a part of my family. This is the best part of Judo.”

Laura considered her own experiences and answered very strongly when thinking about judoka of the future and the great benefits judo can provide,

“I think young judoka with a passion for high level sport should really go for it. I recommend following a desire but with a lot of hard work. Judo is hard! They must be brave and fight for what they want. Don’t be afraid of anyone, any situation, just do it.”

Does anything ahead provide worry or stress for you?

“Competition brings extreme feelings and I wondered how I would feel coming into the arena today. It just feels like home. I have to see how I will find life without these extreme highs and lows but life is going to be ok. I understand those who struggle with retirement but I feel ready for the next stage. I am happy with my new working life and I know everything will be ok.” 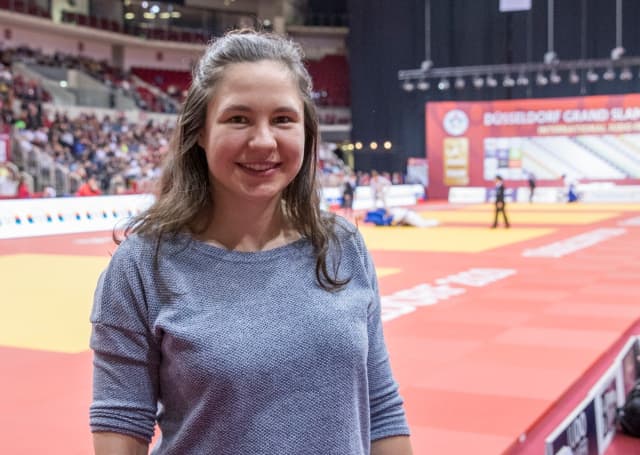 We prepared to conclude our interview and spoke casually about the need to train a little even while working and again Laura giggled,

“I went to the gym in a hotel at a conference recently, in Germany actually, because I felt a pull to train.... they only had a table tennis set-up. so this is my new life!”

The judo community wishes Laura all the best for her future.