In Peru Judo oscillates from one wonder to another

Written by Nicolas Messner on 09. Mar 2017
Share
As the Peruvians like to repeat, their country is the cradle of many wonders such as the Amazon River and the Machu Picchu in the Andes. From the 15th of January to 2nd of February 2017, the International Judo Federation was present in Peru, in South America, as part of its #JudoForTheWorld video series. For more than two weeks judo animations and the promotion of the educational values ​​of our sport were organized to the benefit of the local populations. In close co-ordination with the Peruvian Judo Federation, the IJF developed a rich program, both from a sport and a cultural perspective.

The expertise of an exceptional champion
The delegation of the International Judo Federation was accompanied by a great champion, as Yuri Alvear (COL), triple World Champion and double Olympic medalist participated in all the activities, thus offering a young and less young public, the opportunity to meet her on the one hand, and discover the values ​​that made her not only a great champion but also a full-blown woman on the other hand.

At the beginning of her stay, Yuri Alvear conducted a judo masterclass fore more than 200 black belt judoka, after having attended a 'Mini Prix’ which brought together the children of the capital Lima. "Inspired by the Grand Prix of their elders, the Mini Prix gather children from different clubs to meet in a relaxed and stress free environment," explained Carlos Zegarra Presser, the President of the Peruvian Judo Federation. 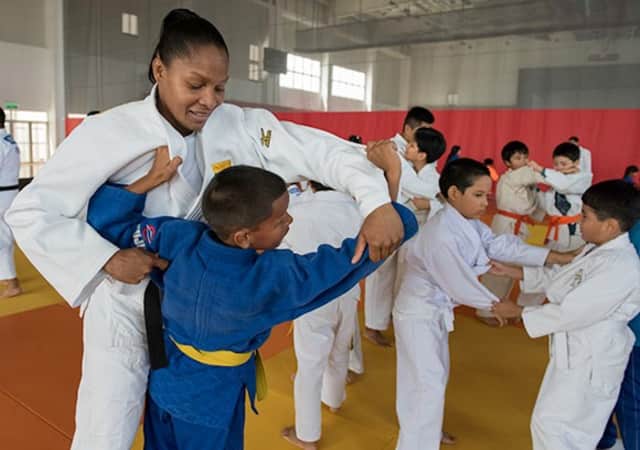 Judo for Peace in Ayacucho
The second stage of the great Peruvian journey was organized in Ayacucho, which in the 1980s witnessed an intense terrorist activity that affected the population for many decades. Situated in the Peruvian Andes, the city of Ayacucho has regained calm and serenity and Judo is part of the activities that restore hope and put smiles on the youngsters’ faces. An emotional and colorful judo animation took place in the small village of Chuschi in the heart of the mountain range. 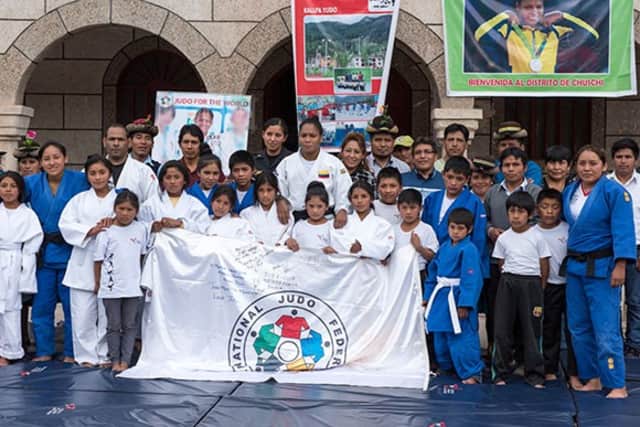 Like an island: neither electricity nor water, but judo
The IJF delegation then travelled to Iquitos in the heart of the Amazon basin. Established between the rios Amazon, Nanay and Itaya, the city is accessible only by air or river and as such is considered an inner island. Despite the isolation and difficult living conditions, judo is present in this part of the world and once again contributes to bring hope and joy to more and more enthusiast practitioners. Among the activities that have been carried out in Iquitos, it is especially necessary to retain the one held in Santa Martha, which is located more than 40 minutes away by boat from the city. The small community that has neither electricity nor water, still offers judo to these children. 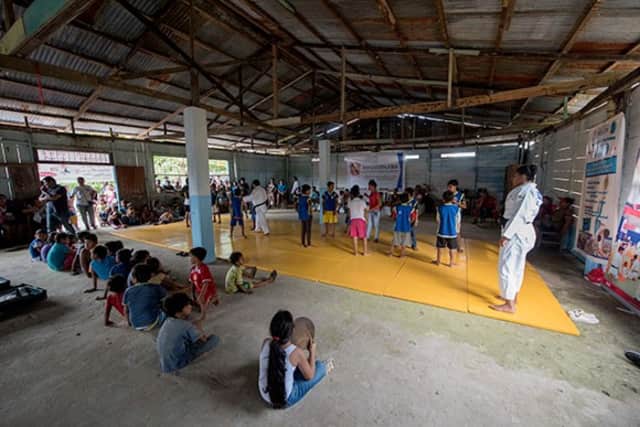 Judo in Machu Picchu
For the final stage of the stay, the IJF delegation and Yuri Alvear stopped in Cuzco. Nestled at the top of the Andes, the millennial city is the cradle of the Inca civilization which still strongly permeates the daily life of its inhabitants. For a few months now, Judo has settled at more than 3000 meters above sea level under the impulse of a few enthusiasts whose ranks grow steadily.

If there is a site that attracts all attention around Cuzco, it is indeed the Machu Picchu. To conclude this long mission of development, the judoka of the region met at the top of the mythical city for an original judo session.

A few years ago, judo was essentially present in Lima, in the capital. Under the impetus of the national federation and with the support of the IPD (Instituto Peruano del Deporte), judo has literally taken off and gradually reached the most remote places in the country. Hundreds of children discover its values ​​and benefits. The impulse given by the presence of Yuri Alvear undoubtedly aroused curiosity for our sport and there is no doubt that vocations were born. “It was amazing to be able to share my experience“, said Yuri Alvear, before adding: “It’s important to take the time to give back to the community.“ 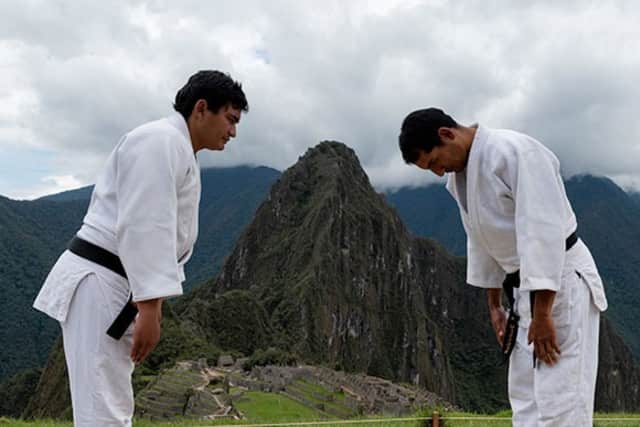