Written by Nicolas Messner, Jo Crowley on 14. Dec 2020
Share
Japanese is a complex language, especially when it comes to translating it or at least when it comes to writing it in a form that can be read by everyone. The fact that many aspects of the Japanese language are not present in other languages, makes it even more complex to translate many terms. 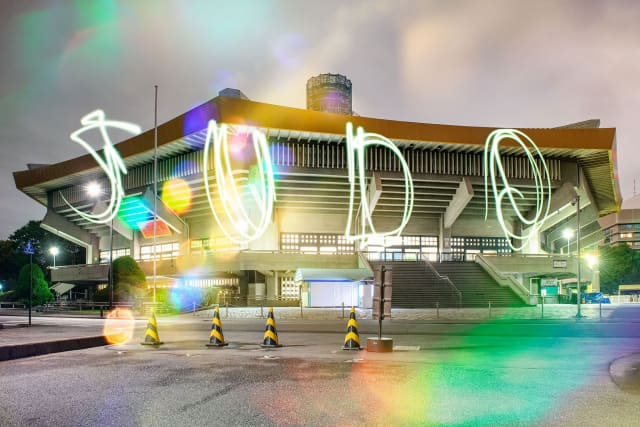 Differences in the written English (main official language used by the IJF) of many words are due to the transliteration style of the Japanese language. Thus, in judo books and other published materials, we can find different versions of the same word, e.g. kumi-kata and kumikata. What is the correct answer?

This first article aims to clarify the way to use Japanese words related to judo, when we should use capital letters, when a dash is needed and other particularities. 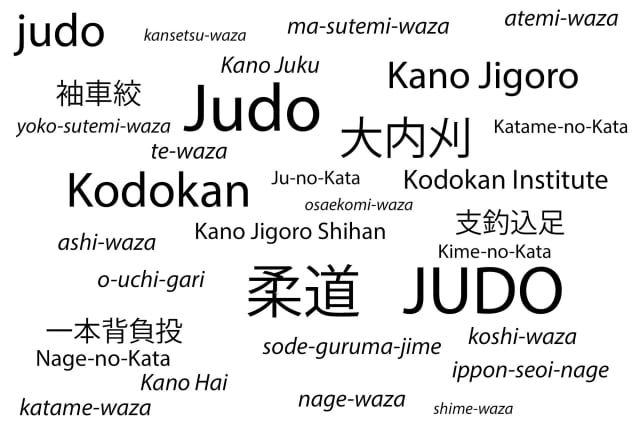 JUDO 'Judo' should not be capitalised unless the word 'judo' is at the beginning of a sentence, is used in the name of an organisation which can be reduced to an acronym, such as International Judo Federation (IJF), or is part of a specific programme such as Judo for Peace, Judo for Children, World Judo Day. The same applies with 'judoka.’

KANO There are also words related to Kano, such as: Kano Jigoro (Jigoro Kano), Kano Hai (Kano Cup), Kano Juku (Kano Academy) and we often use 'Kano Jigoro Shihan' to designate the founder of our sport. In all cases the Kano part of the phrase would begin with a capital letter, due to its origin, however the additional words may or may not be capitalised, depending on context. 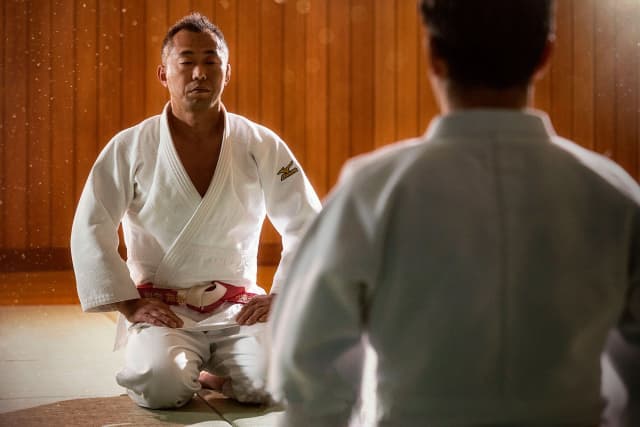 JUDO TECHNIQUES In the Sport Organisation Rules (SOR), section 'H1.1 Glossary of Japanese Terms' details the correct and accepted use of Japanese terms. In each box the word/text on top is from the original SOR glossary and below is the word/text as it is in the Kodokan dictionary (Kōdōkan, New Japanese - English Dictionary of Judo, 2000). If there is only one word/text it is the same in both reference documents.

In the 'Names of Judo Techniques' document, you will find the names of the 100 Kodokan Classified Judo Techniques as they should be written when translated into other languages. 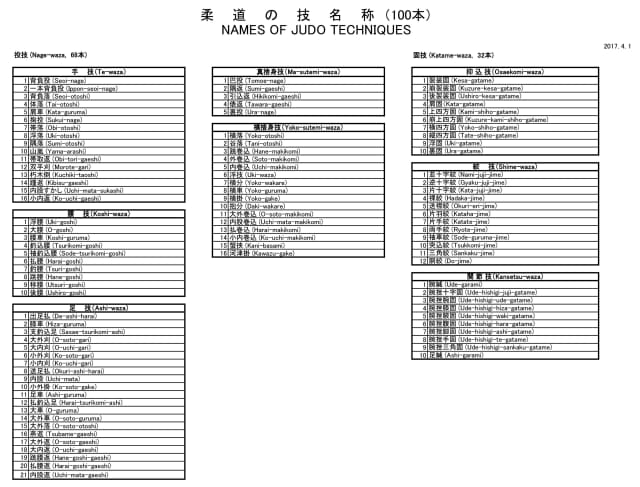 KATA The International Judo Federation chose five kata for international events, but in total there are nine recognised kata described by the Kodokan Institute:

Kodomo-no-Kata (no official number yet)

The names of the kata start with a capital letter (e.g. Nage-no-Kata, Itsutsu-no-Kata, Kodomo-no-Kata), as they represent a group of techniques that is specific to each kata. Those names also represent a specific choreography of the techniques.

PLURAL, GENDER AND OTHER PARTICULARITIES Japanese words being, by definition, of Japanese origin, even when transliterated, shall not be used in a plural form: one judoka, two judoka. The gender of the word (present in some languages) shall not be changed either. Thus, all words are invariable.

Italic: judo remains written judo when other Japanese terms can be written in italic form: a judoka performs a seoi-nage that could be demonstrated as hidari seoi-nage (left-handed) or migi seoi-nage (right-handed).

EVENTS Words such as ‘world’ and ‘championship’ should only have capital letters if they are part of a specific, exact event title/name.

The world championship is the flagship event of the International Judo Federation.

When one talks about a ‘world champion’ this should not have capitals as it is a noun, not a proper noun: Ono Shohei was the 2019 world champion. But Teddy Riner is twice Olympic champion? ‘Olympic’ is always capitalised.

This is the standard, but don't worry, nobody will receive a shido if they make a mistake. It's better if we speak the 'same language' though.

Prepared with the support of the Kodokan Institute and Daniel Florin Lascau, IJF Sport Director and IJF Refereeing Commission Supervisor.