27. Aug 2018
Share
Today was an historical day for the International Judo Federation as its Academy was officially recognized as an Autonomous Higher Education Institute by the NCFHE (National Commission for Further and Higher Education of Malta). Conceived in 2013 under the leadership of IJF President, Mr. Marius Vizer, the IJF Academy has been growing nonstop since its inception. Today nearly 2,000 students from more than 100 countries took part in the Level 1 and 2 training courses (Level 3 under preparation). 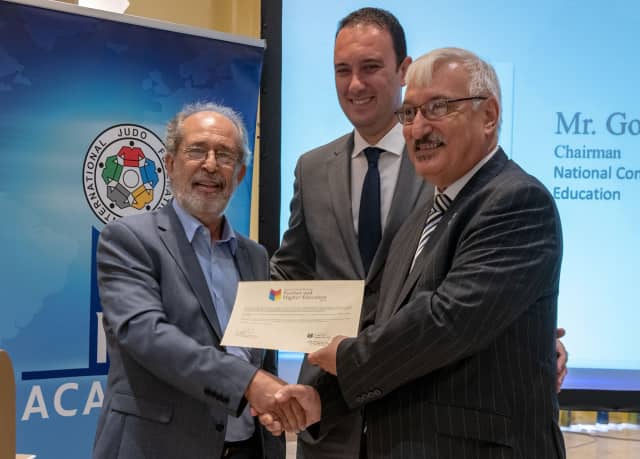 The Parliamentary Secretary for Youth, Sport and Voluntary Education Institute from the Ministry of Education of Malta, Mr. Clifton Grima, declared: “It is an important step for Malta and generally speaking for the sport. We are proud to work together with such a proactive International federation, associated with the National Judo Federation, to promote sport and education. We are looking forward to continuing our successful collaboration in the future.“

With this recognition the IJF is the first International Federation to have its Academy internationally certified. Mr. Mohamed Meridja, the IJF Education and Coaching Director said: “Over the past years, the IJF Academy has shown how successful and effective it was. This is part of our development strategy. I want to congratulate all those who participated in that success, and I want to wish good luck to all the future students.“ 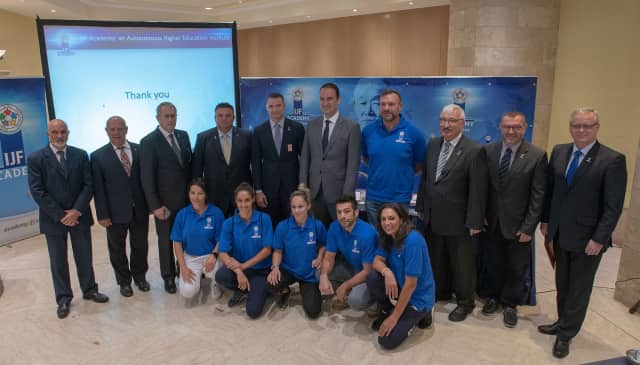 Maltese, IJF and IJF Academy Officials and judo legends after the ceremony

During the official ceremony, the diploma of recognition was handed over to Mr. Envic Galea, Director of the Academy by Mr. Godfrey Vella Chairman of NCFHE, who then declared: “I am very proud of this important moment. With this ceremony, the IJF academy is not only recognized in Malta, but in Europe as well and by extension in the whole world.“

Daniel Lascau explained: “We never had an IJF Academy session with so many international medallists. But the beauty of our institution is that we also have people who are judo teachers or referees and who dedicated their lives to the development of our sport from grassroots level to high level performance. The IJF Academy is the teaching arm and executive part of the IJF on the mat. The profit goes to the national federations and to the children, the kata specialists, the veterans, the police and armed forces or the referees. At the same time the Academy offers the possibility to improve the management of judo throughout the planet.“ 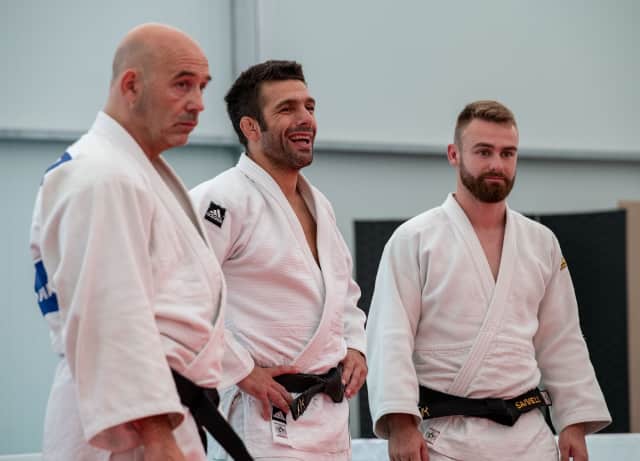 During the ceremony, Mr. Joseph Cassar, Secretary General of the Maltese Olympic Committee, gave a brief introduction to the Olympic Solidarity programmes: “I feel safe today surrounded by so many great champions “, said Mr. Cassar before explaining how the Olympic Solidarity has become an important partner of the IJF Academy.

Dr Tibor Kozsla, Education Director of the academy gave more details about the Academy itself, explaining its main features and emphasizing the crucial role of the online platform where all contents are gathered and accessible 24/7 to all the students: “We have designed an online easy accessible multilingual platform and we are working hand in hand with our students. We know that they are all busy people, taking care of their families and working hard, so we want to facilitate their learning process as much as possible. Videos and multimedia presentations are available on the website (https://academy.ijf.org/) as well as a forum were everyone can exchange. We are also very proud of the partnership with the Kodokan in Japan. “ 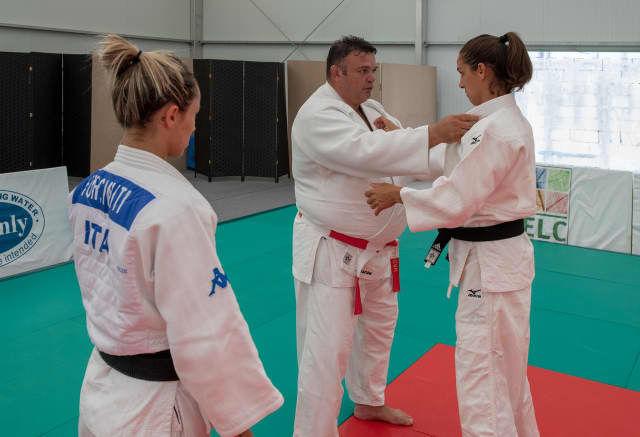 Mr, Envic Galea, IJF Academy Director concluded by explaining that everything that was presented so far was the past: “With today's recognition, we are entering into a new era, where the Academy will continue to develop and grow at a very fast pace. The Academy has opened its doors to coaches of all level. Some of them have dedicated their live to teaching children or preparing judoka for high performance competition. Others were successful athletes, who after they retired, decided to give back to the sport they so much love and started to dedicate to coaching or refereeing. Among us we have examiners, teachers and students who are true legends of our sport. We have very good conditions in Malta to continue this amazing adventure. August 27th, 2018 will remain as an important step forward for our students and for the International Judo Federation. “

VIDEO INTERVIEW
Inside the IJF Academy