Written by Mark Pickering on 14. Oct 2016
Share
The International Judo Federation, the world governing body for the Olympic sport of judo, hosted executives from its Paralympic counterparts IBSA Judo (International Blind Sport Federation) on Thursday in Budapest as the two organisations strengthened their ties following a successful Rio 2016 Olympic and Paralympic Games.

The IJF and IBSA Judo signed a Memorandum of Understanding (MoU) on the occasion of the Budapest Grand Prix in 2014 to develop the professionalism and integration of visually impaired judo.

Mr. Marius Vizer, IJF President, and Mr. Nobert Biro, IBSA Judo Committee Chairman, who signed that MoU in 2014 were together again on Thursday at the IJF Presidential Office along with  Mr. Janos Tardos, IBSA Judo Sports Director to reflect on Rio 2016 and talk about the next steps for visually impaired judo.

While judo break participation, flagbearer and medal records at the Rio 2016 Olympics, the sport, which is the only martial art in the Paralympics, also stood out at South America’s first Paralympics. Judo debuted at the Seoul 1988 Paralympics (with women’s VI judo added at Athens 2004) and in 2016 saw 129 judoka compete from 36 countries at the Paralympics with exactly half of the countries winning a medal. 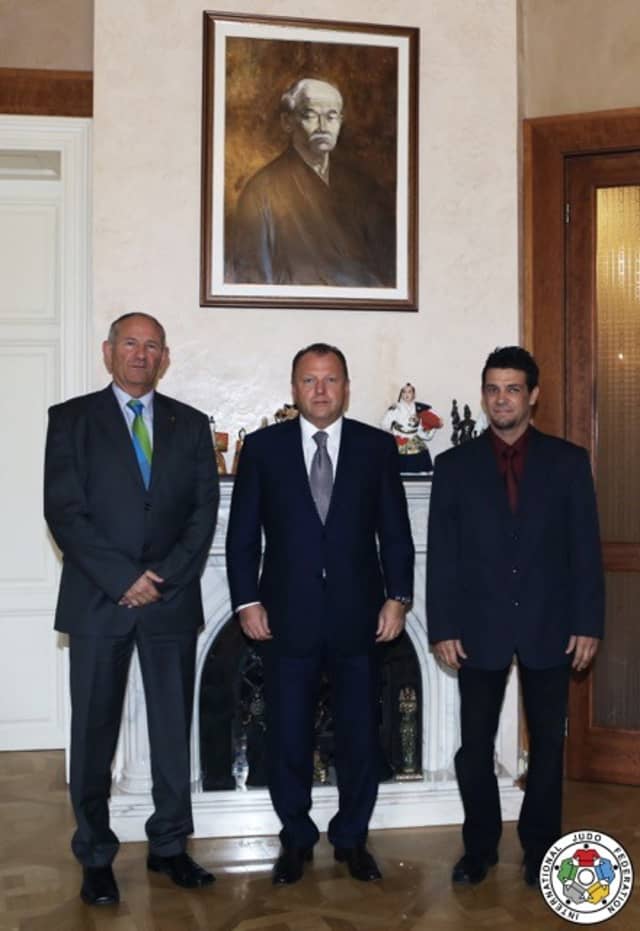 Speaking about the achievements in Rio, Mr. Tardos thanked the Mr. Vizer for the IJF’s support during the Paralympic cycle and for the organisation of the technical aspects in Rio.

“Thank you providing us the possibility to meet you and discuss about the future collaboration between IJF and IBSA judo,” he said.

“First of all we would like to thank you for the support received from IJF. It was really important for the prestige of VI judo.“

Confident in the notion that “judo is more than a sport”, President Vizer assured the IBSA representatives that the IJF will continue to support VI judo and is committed to showcasing judo’s moral values and lead the development of judo.

Mr. Vizer announced that the IJF will continue support IBSA Judo, including technical support and assistance with judo projects, leading to a successful Tokyo 2020 Paralympic Games.  The strategy is for a long-term collaboration as the IJF will assist the qualification system for Tokyo, starting in 2017 as IBSA Judo introduce more events at the continental and world level.

The selection of the referees and the sports organisation will be, also in the future, upheld by IJF by offering specialists in each field. The IJF looks forward to a continued rich collaboration with IBSA Judo for the global development of judo and visually impaired judo.