IN THE FOOTSTEPS OF KANO

Written by Nicolas Messner on 25. Jan 2018
Share
In less than four years, the judo world will gather together in Japan for the Tokyo 2020 Olympic Games. A return to its roots is hotly-anticipated and hoped for by the judo fans of the whole world. The International Judo Federation has decided, in partnership with the Japanese Federation and the Kodokan, to introduce you to Japan through four films, one per year.

In this context, who better than Jigoro Kano, the founding father of our sport, to approach the land of the rising sun and try to unveil the mysteries? In the heart of the autumn of 2017, our team left for its first shoot as they traced the footsteps of the legend to try to understand a little better how a 22-year old man decided in 1882 to create what has become today one of the major sports of the Olympic movement and an educational tool recognised by all.

For a long time the only contribution of the Asian continent to the world of sports, judo has the peculiarity of being at the same time a competition sport and a practice rich of traditions and culture. All this we owe to one man: Jigoro Kano, born in 1860, in the second half of the 19th century. The 1964 Tokyo Olympics was the turning point for the sport to reach its international dimension and it is one of the reasons for the 2020 Games to become a great sporting and cultural celebration. 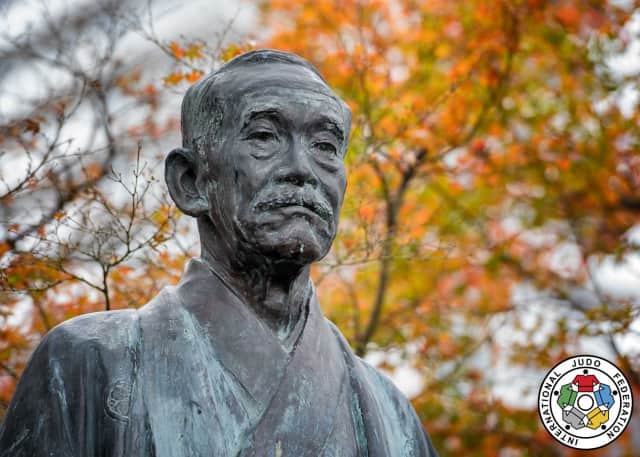 AN INVENTION AT THE SERVICE OF THE COMMUNITY
The history of judo is that of the transformation of a martial art into modern sport. It is the work of a man who has dedicated his life to the education of the youth of his country and by extension to that of the whole planet. By a subtle alliance of tradition and modernity, he has succeeded in putting the progress of the individual at the service of the community.

As with any work, it is undeniable that the development of judo is intimately linked to Kano's life and personality. Born October 28, 1860 (October 28 is now annually observed as the World Judo Day) around Kobe (Mikage), where we went for part of the shoot, Kano grew up in a family involved in the Sake production. He received a rigorous education tinged with Western influences and Japanese ancestral traditions. This Western influence, due to the recent opening of Japan to the rest of the world, marked the young man a great deal. At that time Kobe was one of the ports through which the first Westerners penetrated Japan and this undoubtedly explains, at least in part, the extraordinary openness of Kano.

His father himself contributed to the modernization of Japan. In 1870, the family moved to Tokyo, where Jigoro Kano received a classical education based mainly on Confucianism as well as other streams of philosophical thought. At the same time he learned English, which he widely used to develop judo. By discretion perhaps, fearing that his revolutionary ideas would be stolen, he wrote his first notes in the language of Shakespeare. 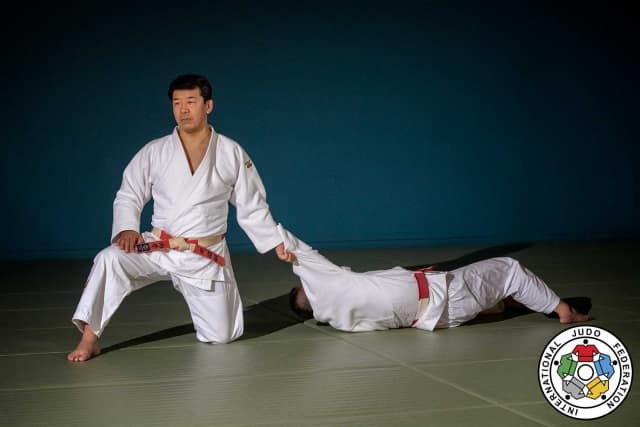 Above: Nage-No-Kata performance at the Kodokan

1882: THE TURNING POINT
The young Kano was a fragile child, and because of his predispositions was often confronted with older people. It was therefore necessary for him to learn to defend himself to fight the bullying of which he was the victim. In 1877 he entered the Imperial University of Tokyo. From that moment, he devoted himself to the learning of the jujutsu techniques, which according to the beliefs were allowing the weak one to beat the strong one. But it was not easy to find masters, the Meiji era not seeing with a good eye these techniques considered from another age.

Yet Kano managed to follow the teachings of several Japanese masters and quickly became an expert in jujutsu while continuing to learn academic subjects. He perfected himself in different schools of jujutsu, from which he drew the basis of his judo.

1882 marks the turning point in Kano's life. Professionally, as he was only 22 years old, he became a teacher in economics and politics. Then he created a private school and an English learning institution. It was in May of the same year that he finally created a judo academy, the Kodokan, on the twelve tatamis of a Buddhist monastery that we visited during the shooting. He teached judo inside the temple and slept on site in what is now the Eishoji Temple Tea Ceremony room.

A victim of its success, the Kodokan had to move several times. Kano was recognised as an outstanding educator, whose genius is linked to his vision of judo as an educational tool. Little by little he polished his invention to adapt it to the needs of the modern world. 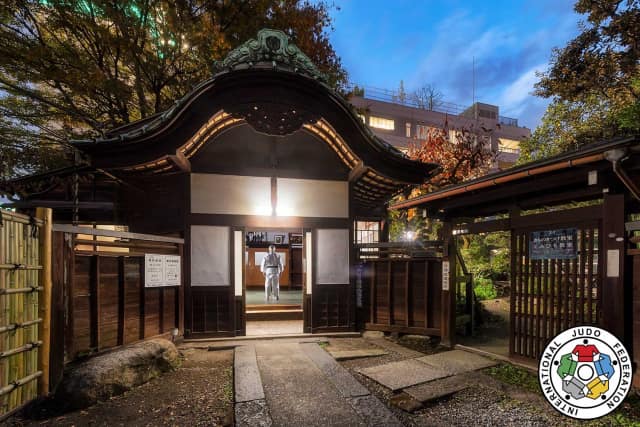 Above: Old traditional dojo in Japan

EVERYTHING FOR EDUCATION
Kano explained to his students: "Nothing in the world is more important than education. Teaching a righteous person can influence many. What has been learned by one generation can be transmitted to a hundred." Kano was a visionary whose teachings are now successful, judo being practiced by more than 28 million people in nearly 200 countries around the world.

The revolutionary idea of the Japanese master lies in having dusted off the old jujutsu, where some saw only lethal techniques, to make it a method of the best mental and physical use of energy. The most dangerous movements were discarded, the most effective for educational development preserved and developed. Kano forced his practitioners to seize. The result is a drastic reduction of violence which proves to be still very effective today in the context of conflict resolution. He also improved falling techniques. Victory was no longer an objective in itself, but became a means of character formation.

The practice of judo in itself highlights the etiquette and the aesthetic dimension. With Kano Judo became more than a sport, but a way of life that one must apply in and outside the dojo. Foreign observers who discovered Judo in the early years would say that Kano was truly an artist. The American philosopher of education, John Dewey, said: "(Judo) is superior to all our formal indoor gymnastics. The spiritual dimension is much stronger ... You have to study it." 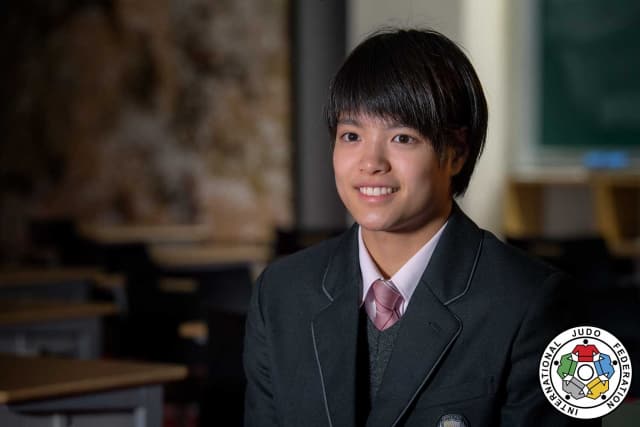 Above: Abe Uta, winner of the last Tokyo Grand Slam, explained what Jigoro Kano represents for her

A SPORT, A PHILOSPHY
By developing judo, Kano attached to it a powerful philosophy that is still relevant today. He stated: "A healthy body is a condition not only necessary for existence but the basis of all spiritual and mental activity", and: "No matter how good an individual's health may be, his existence is futile if he does not put it to the service of society."

He then developed the two concepts that we discovered throughout the shooting of the first episode of the series on Japan, namely: 'Seiryoku Zen Yo' (the best use of energy) and 'Jita Kyoei' (Mutual help and mutual prosperity).

In the film that we invite you to discover and share as widely as possible, we take you on an extraordinary journey from today's Kodokan where we interviewed its president Haruki Uemura, to the cradle of the Kano's family, in passing through the Eishoji Temple, his tomb in the vicinity of Tokyo and the school he founded in his hometown, Kobe. You will discover what Kano still inspires nowadays as well among the oldest judokas as in the mentality of future champions. This first episode is at the same time a journey back in time and a projection in the future. We have only one thing to add: THANK YOU MISTER KANO!