IRAN IS INVESTING IN JUDO

Written by Nicolas Messner on 05. May 2018
Share
Judo is not just a game of opposition, where one of the athletes must be the winner; it is also a powerful tool for youth education, without any discrimination hindering its development. The program that has just taken place in Iran is an undeniable proof of that.

The tour in Iran was the 8th edition of the programme

From April 14-26, 2018, a great 'Judo educational Journey' took place in Iran. On the program: more than 5000km traveled in the country, by road and by air. But it was above all 12 judo sessions supervised by experts from the International Judo Federation and world-renowned champions (Gevrise Emane, France - Milos Ungvari, Hungary), which took place in 10 cities throughout the country.

This educational journey concept was invented by the IJF in 2014 as a prelude to the Nanjing Youth Olympic Games (China) and was already organised 8 times in collaboration with National Federations and Olympic Solidarity (China 3 editions - Canada, Ocenia, Australia, India, Iran 1 edition each). The goal is simple: to promote the values ​​and moral code of judo while helping to detect young talents and ensuring the widest possible communication locally to help develop the sport.

If judo is one of the pillars of the Olympic program from a sporting point of view, it is no secret that it is more than a sport whose vocation is to bring educational values ​​to the youth of the world. 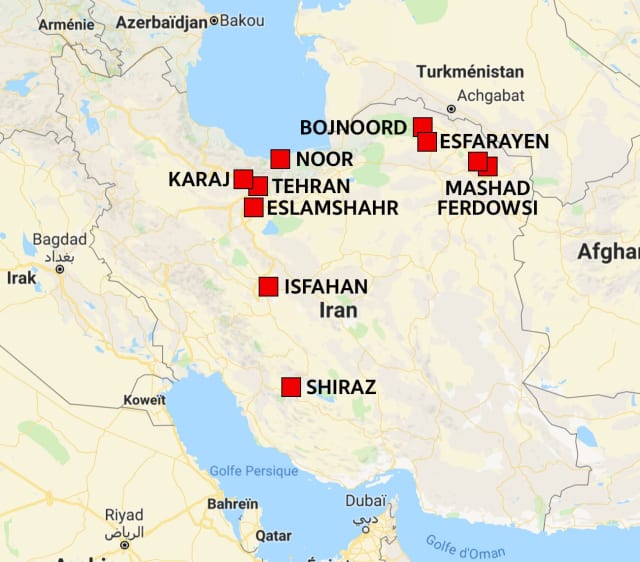 Stages of the Judo Educational Journey Through Iran

For example, these tours have already seen 16 cities in China for more than 10,000 participants, Inuit communities in northern Canada (Northwest Territories, Yukon and Nunavut), Aboriginal communities in Australia, in Bamaga, or some judo sessions in the enchanting setting of Taj Mahal, India.

This year it was Iran that was chosen for an educational journey. The IJF delegation, led by Nicolas Messner (Media and Judo for Peace director), began this tour in Karaj and Islam Shahr, not far from the capital Tehran where sessions dedicated to women's practice and supervised by Gevrise Emane (triple world champion and Olympic bronze medalist) have been very successful, demonstrating with strength the will of the national federation to develop the practice for all.

Then the educational tour went to the historical cities of Isfahan and Shiraz, taking advantage of it to discover the ruins of the ancient city of Persepolis. In the second part of the trip, it is in the holy city of Mashhad, then the smaller towns of Ferdosi, Bojnoord, Esfarayen and Noor on the coast of the Caspian Sea that judo classes were led by Miklos Ungvari (triple world medalist and Olympic silver medalist), before the closing session which took place in Tehran at the very end of the tour. 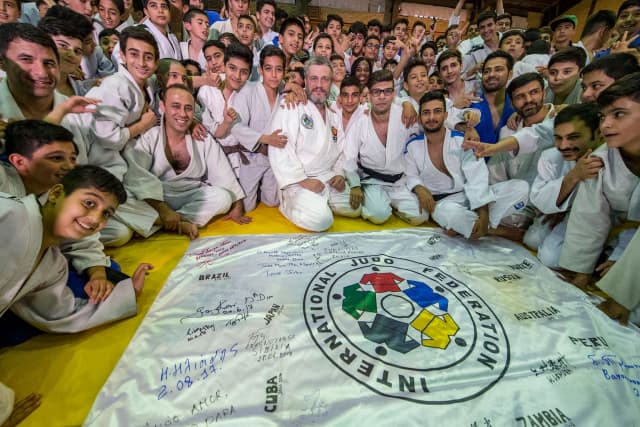 In each city, in partnership with the local sports associations, a mass judo session was organised, either in the city's dojo, or in places allowing a massive access of the population whose craze for judo was never denied during the two weeks. This was the case for instance in Ferdosi where the judo animation was held in one of the streets of the city, which had been blocked for the occasion.

This is an impressive total of 2,160 young judoka who participated in the activities. It must be said that things had been very well organized by the Iranian Judo Federation, which had also dispatched its champions such as Massoud Haji Akhondzadeh, who was the first and only to date gold medalist of the Asian Games and who was able to show all the extent of his tallent, while he himself is now in charge of detection within his federation.

Judo is a popular sport in Iran, with 'after-sales service' provided by the local champions and a dynamic federal structure. But being on the ground to feel the vibrations of young judoka and of the audience is an unforgettable feeling. It is not Gevrise Emane or Miklos Ungvari who experience the amazing Iranian atmosphere who will say the contrary. 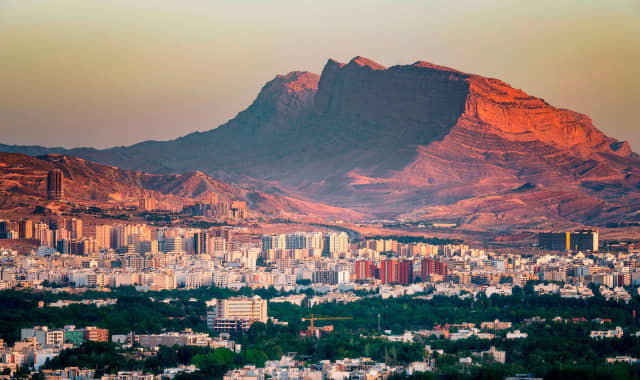 At the end of the tour, Mohammed Derakhshan, president of the national federation, said: "The tour ended in apotheosis in Tehran after visiting many cities, and if the whole team is very tired after twelve intense days, the journey has left, wherever it went, an unforgettable and unimaginable memory for judo in our country. This program has been a source of great motivation for all participants and we already have requests from other regions in Iran to organize such a tour."

For two weeks, Iran opened its doors wide and unrestrained, with passion and 'joie de vivre' to the international delegation. The swarming world of the capital, the scent of an old-fashioned era of the historic cities, the fervor of the holy places, the breathtaking landscapes throughout the territory, and above all the hospitality erected in universal law came together to make this educational journey throughout Iran a great success. It is safe to say that among all the young people who have walked the tatami with the champions, there are the future stars of the Iranian judo which is again in full swing.