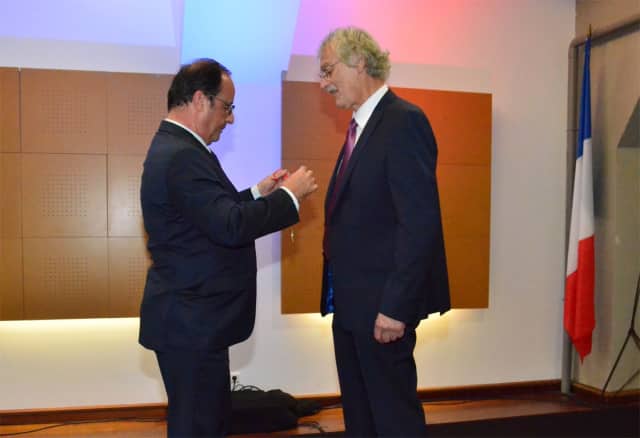 The ceremony took place at the Awazu Dojo at the Judo National Institute in Paris, in front of many guests:

The 'Legion d'honneur',is the highest French distinction and one of the most famous in the world. For more than two centuries it has been awarded in the name of the Head of State to reward citizens who have been very successful in different fields of activities.

IJF EC MEETING
Judo is Getting Ready for the Big Show